At LTD, we take our time to appreciate all forms of design, from the products we use everyday to the architectural elements that we take for granted, even though they make a big difference in our lives. So this time, we met with Kharis Atkins, Managing Director of Kaprel, to understand the workings of the Akustic 56 partitioning system with the Spectra Double Glazed Doors. Joining us for this review were design experts Sanjeev Coelho from HOK, and Nervan Helmy from SAY Studio.

Our latest product review focuses on the Akustic 56 and Spectra Double Glazed Doors from Kaprel, a glass partition system manufacturer based right here in the UAE. For those not familiar with the brand, Kaprel is a leading supplier and partner of choice for clients in the region, given the brand’s favorable local presence, resulting in shorter lead times. Some of Kaprel’s happy clients include Smart Dubai, Chanel, and more.

The Akustic 56 is a mullion free, non structural double glazed system used only for internal built environments requiring partitioning and acoustic privacy. It gets its name from its 56mm width, and is available in 26mm and 41mm heights. The entire system is capable of a maximum of 47 dB acoustic performance for a single unit, while the multi-panel narrow double glazed system offers 43 dB.

While Kaprel products work with both standards, British and ASTM, the brand chooses to work with the latter, simply because the American systems covers a larger frequency range. The same features are checked in both, wherein the STC (Sound Transmission Coefficient) is tested.

International brands may bring to market the brand value and perception of a higher quality product, but Kaprel offers USPs that make it especially valuable to clients in the region. “If you want to service the market here, you can do it well without having to rely on international suppliers or services. All the major components of manufacturing these products are available here, from the aluminium to the extrusion,” says Kharis.

Manufacturing in the UAE offers huge time saving and sustainability advantage for clients, and offers flexibility to designers as well. The designs are proprietary and produced under license by Gulf Extrusion, which is why you’ll probably see a noticeable difference in the aluminium used to produce Kaprel products. It is of high quality and no doubt superior to most competing products, or at least the ones produced in the Middle East.

Sanjeev: “The system is very simple and straightforward. It’s easy to use and knows what you want it to do. It is also very well built and assembled together, where nothing feels missing or redundant  – just the right amount of components. So it really epitomises the saying “less is more.”

Nervan: It’s clean compared to others in the market, and is not too heavy for what it contains and can provide. It appears really minimal and light, which I personally think is great because it works with current design trends. The fact that it’s able to perform so well with such few components says a lot about the quality of design and manufacturing.”

The Akustic 56 is offered in finishes that are part of the standard price range, which is the norm for Kaprel. Black and Silver Anodised finishes belong to this range, something clients are thrilled about. And if what you want is part of the standard RAL colours, there won’t be an upcharge. Kaprel now produces their own aluminum handles and will anodise them in-house, offering even more flexibility to designers.

While competitors offer anodising at an extra charge, Kaprel is including more and more finishes as standard options, and that is certainly a point in their favour. “We have to look at the system as a whole,” says Kharis. “Sometimes, designers want a highly specific colour. And we want to be able to offer that. So we continue to make improvements and offer as much as possible without compromising quality, time or price,” says Kharis.

Being a local manufacturer means that it is much easier for designers to work with the company. Designing and producing bespoke systems isn’t something new to Kaprel, and the team has accomplished this well in many projects across the region. Whether it’s horizontal effects, switchable and mesh glass, or mesh inside glazing – just ask and they will do it.

Akustik 56 also comes in an array of profile configurations, allowing designers the flexibility to create their own visually unique system. “We want to encourage designers to work with us so they can experience the comfort and ease in creating exactly what they want,” says Kharis.

Nervan: Ultimately the system is about the performance, not so much about appearance. But its uniqueness also lies in how it can cater to so many design styles and options.

All the aluminium that is used in this partitioning system is post-consumer recyclable. Unfortunately, there is no facility in the UAE as yet for aluminum reuse, but hopefully, given the region’s sustainability initiatives, it will not be long before there is one. One very good thing is that Kaprel offers full transparency into their materials, which only enforces a further commitment to sustainability and trust with their clients.

Sanjeev: The entire design and manufacturing process reflects clear thought and intent towards simplicity and sustainability. Why import products from across the globe when you can produce it here. It’s far easier, cost-effective, and available at a superior quality.

To the untrained eye, partitioning systems can come across as simple and low on technical complexity. Our conversation with Kharis revealed the exact opposite.

The Spectra Double Glazed Doors that come with the Akustic 56 give an acoustic performance of 40 dB. The doors are cleverly designed to ensure that the access control is completely concealed, keeping it neat and minimal. All doors are available with automatic drop seals, manufactured by Swiss manufacturer Planet. Extended spindles allow clients to avoid using floor plates as well, so the design aesthetic of the entrance is maintained. A lower performing version of the door is also available (34 dB performance), that has a static seal, but is an entry level product. However, all Kaprel doors come with either static seals or drop seals to account for even the slightest air gap that could potentially allow sound to pass and drop the acoustic performance of the system.

An interesting note about the Akustic 56 is that it has the same glass mass as other systems, but a wider cavity in a narrow double glazed system. “Designers should be wary of manufacturers claiming high ratings on partitions with small air gaps when the glass mass is the same, and always ensure that the tests conducted are for systems with perimeter tracks and joints,” says Kharis.

We’re always proud to feature locally based brands and their products. Kaprel does a great job of representing what local manufacturing is capable of, both in terms of style and functionality. While the price is within the mid to high range, depending on the system, it’s still competitive and offers far more value than what you pay for.

Sanjeev: The fact that it has so much built into it – cabling, access panel, seals – without any distracting design elements, is really something worth buying into. All those elements really come together to make a great system. The price might be mid to high, but you really get what you pay for. The profiles are impressive and you can tell that it’s an optimised design, plus the partition does what it has to without grabbing undue attention. It’s beautiful to see how the panels and doors align so well.

Nervan: I love how you have a larger range of standard finishes as compared to other competing brands. Kaprel have really understood the market in this way. I would personally love to see a timber look with glass partitions. The product can no doubt be expensive, but it is flexible enough to accommodate most designs, and is competitively priced from that perspective. It’s great to see a manufacturer really listen to partners and understand the market, and this product is a result of years of collected feedback. 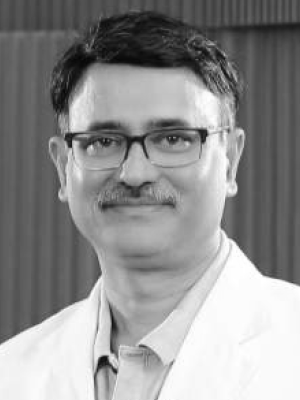 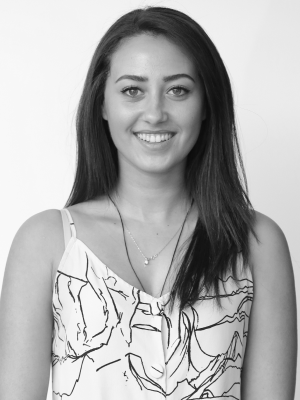 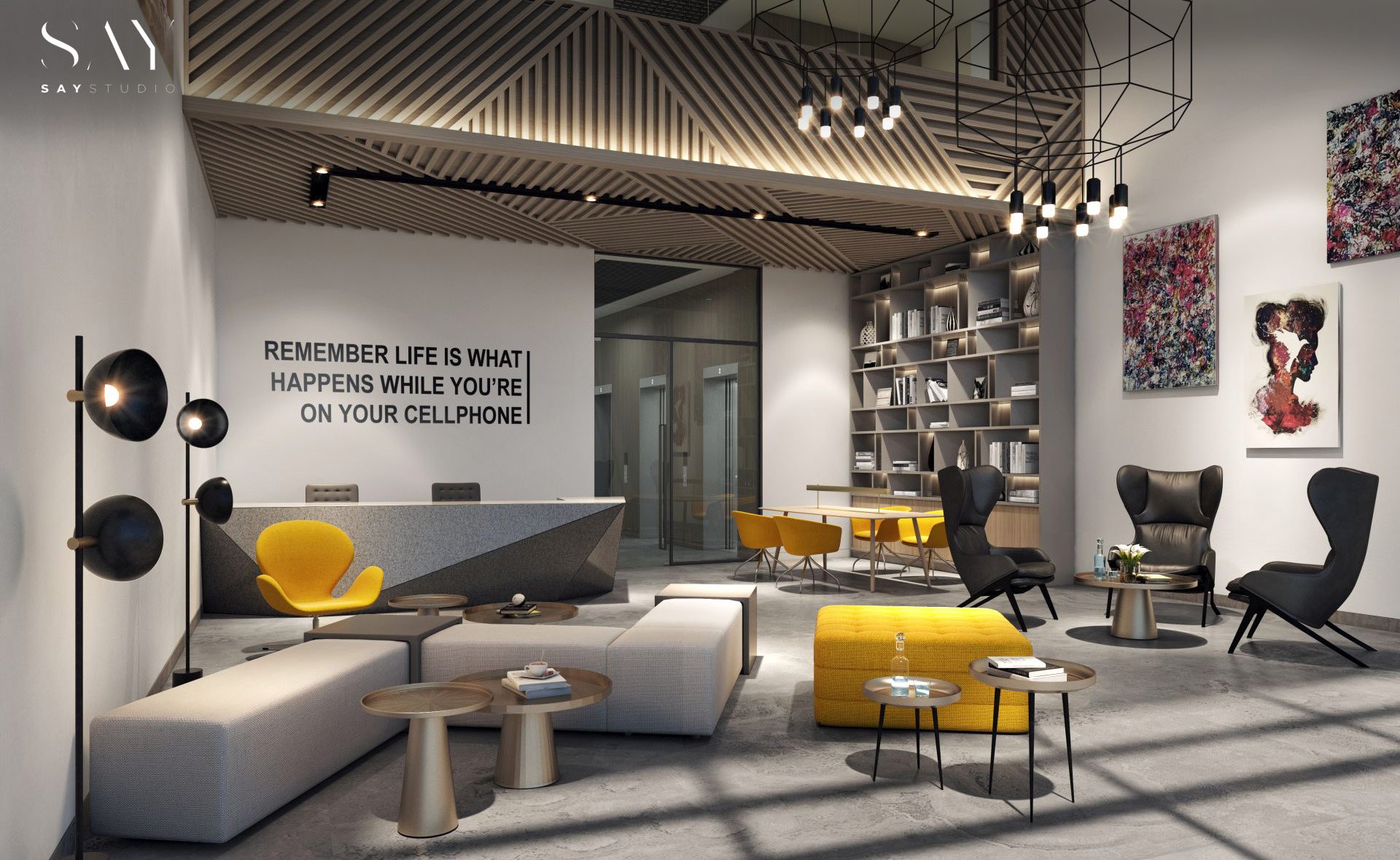 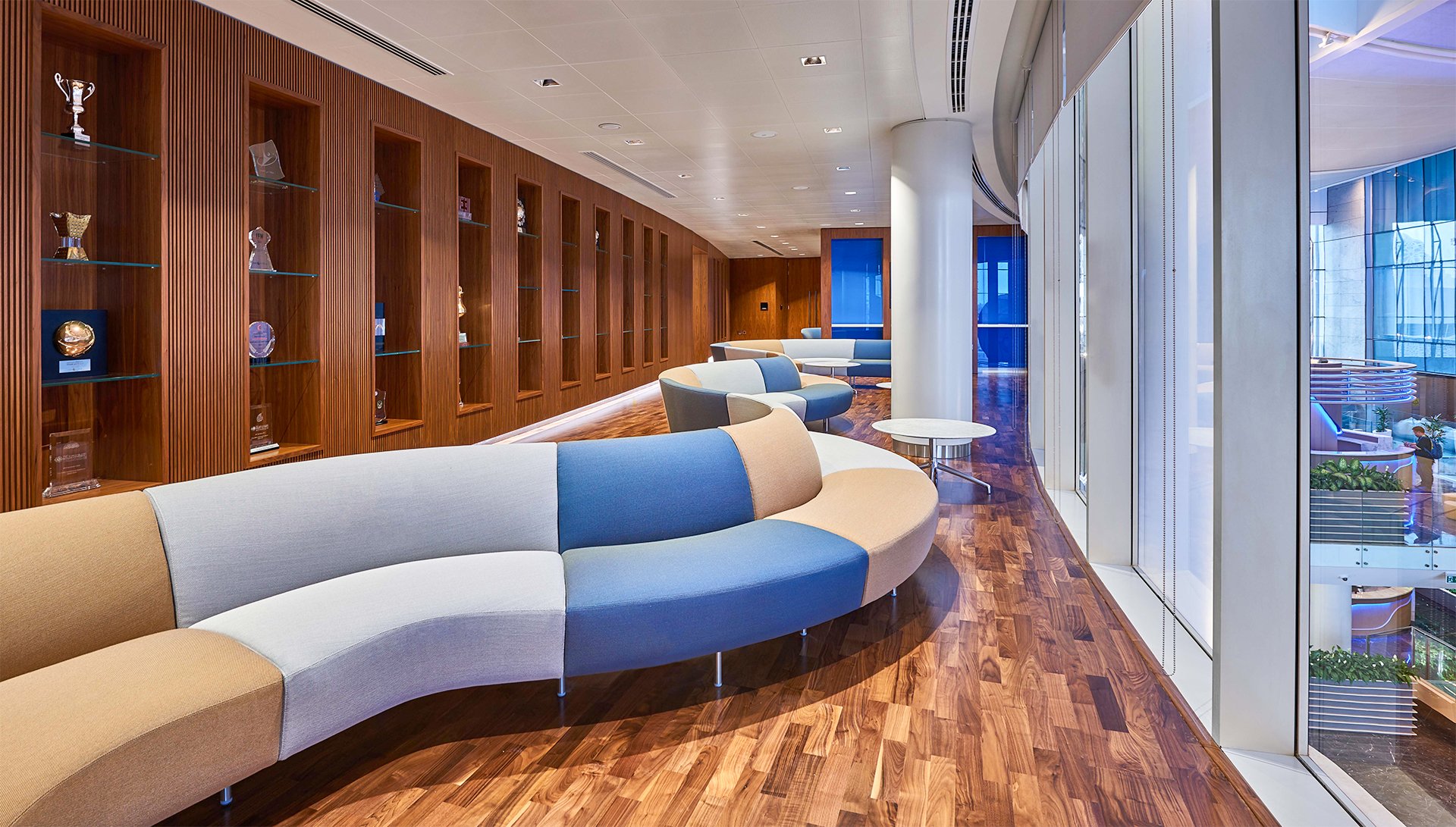 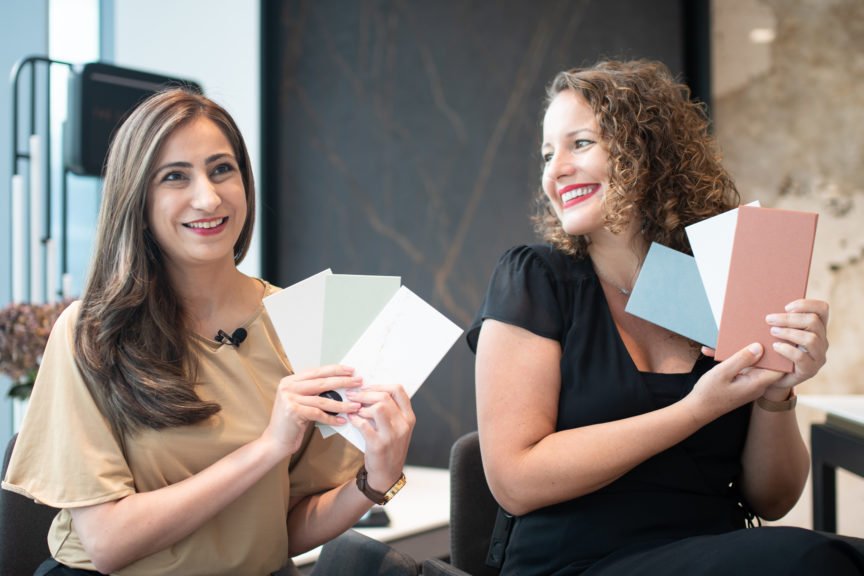 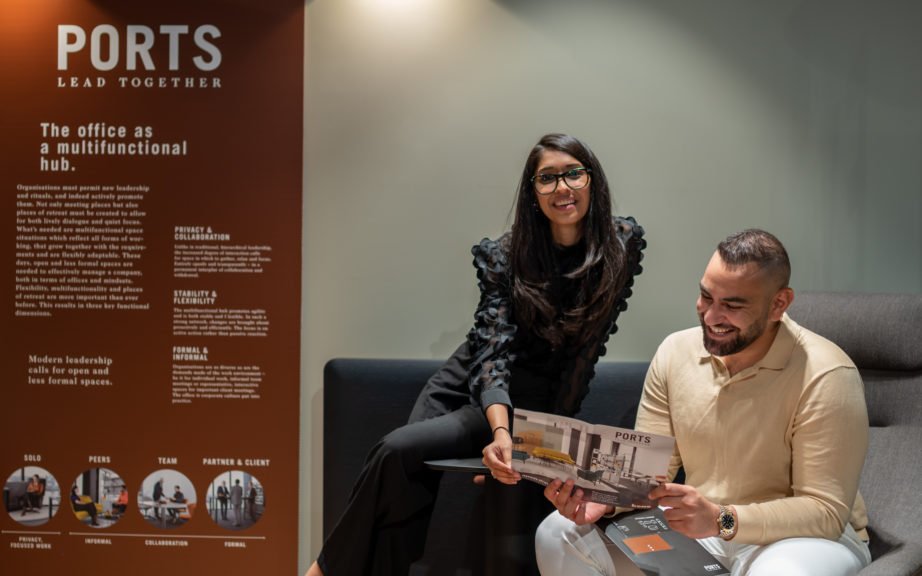 Bene launched a unique collection of products geared towards the leadership of the future. And our... 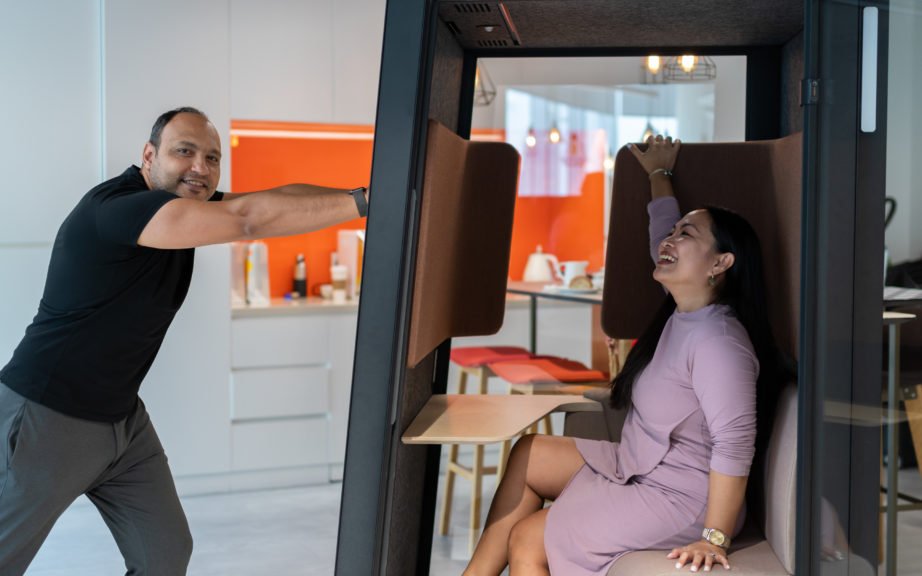 In Review: Orangebox’s On The QT

Orangebox, the makers of the original office pod, recently launched their latest, most innovative... 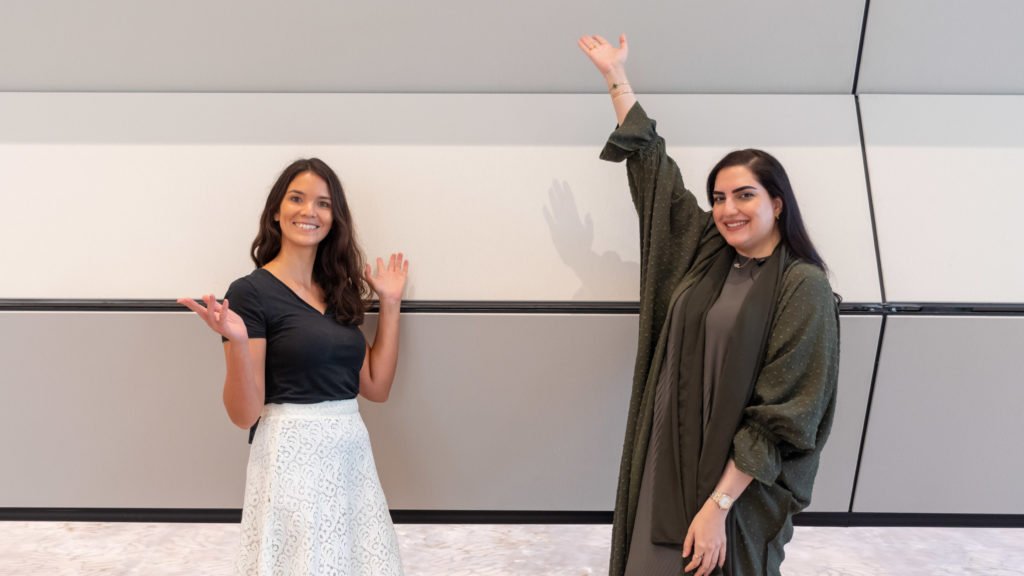 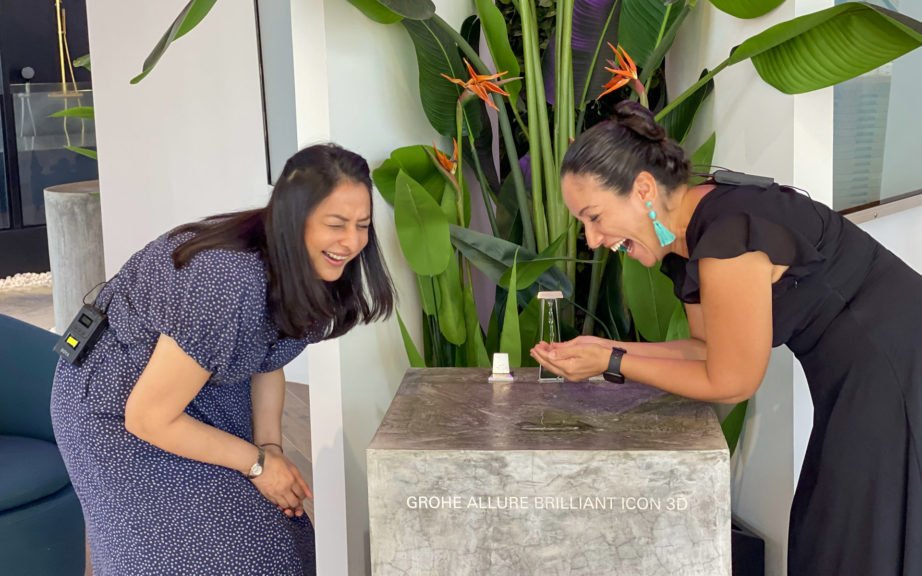 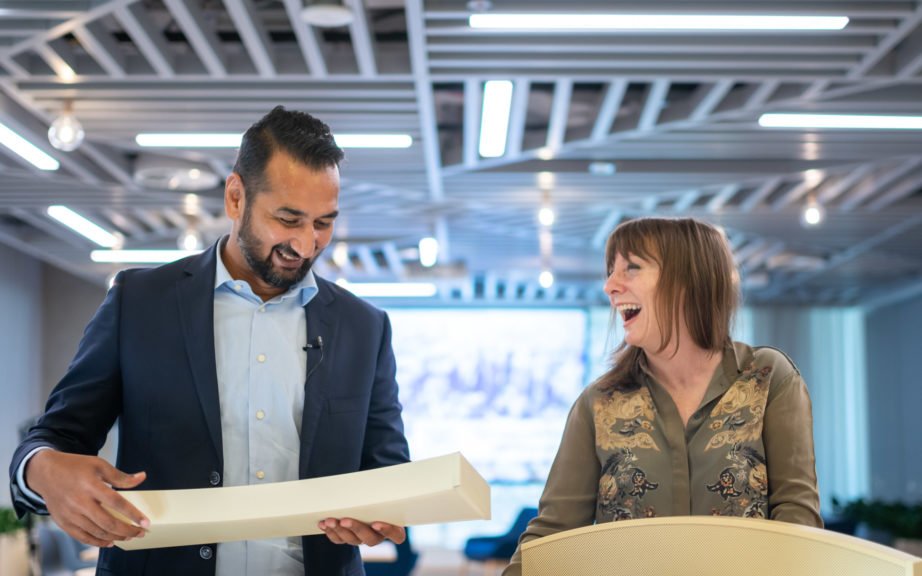