Louis Poulsen, known for their sleek Scandinavian design traditions and being the epitome of form follows function, has come up with the LP Grand series of lights designed with Christian Flindt. David G Daniels of Killa Design and Mira Kanj of Dewan Architects deep dive into the details…..

“The sun on a day, where it glows through misty air, softening the light” is how Danish designer Christian Flindt describes the LP Grand series of pendants he designed. Elegant and clean, the smooth curves of the LP Grand lustre when the light comes on. Their simple look and impressive textures leave a mark when one takes the time to appreciate them.

Glare-free, softly diffused and perfectly curved, the LP Grand series exemplifies Louis Poulsen’s DNA of Design to Shape Light. “When I first saw the product in the catalogue, I felt like I had seen it before because of how simple it is. On seeing the product in reality – hearing the concept behind it along with its story and the layers it has, I feel like it’s a timeless piece that could be used anywhere,” said Mira Kanj, Assistant Project Manager at Dewan Architects.

Lighting products do not just have an aesthetic role to play in settings but also a functional one. It’s up to the designer how they want that role to play out; Louis Poulsen’s LP Grand series can be both – a functional entity or the showstopping element.

The lighting fixture of the LP Grand is curved downwards and emits diffused lights through its concentric ring structure. Encircling the diffuser is its reflector placed at an angle to reduce contrast, while the top reflector distributes light at a broader angle, imbuing a sensual feel. The other four rings of light come from the outer shade that creates an interreflection of light on the top and bottom reflectors, brewing complexity in the otherwise straightforward design.

David: Seeing the physical form of the light is like seeing the continuation of the Louis Poulsen philosophy for me; the simplicity speaks louder to me. It is nice to see six simple pieces made to look this beautiful. The most impressive aspect is the quality of light and the level of attention given to how the light performs. I also like the contradiction in its simplicity and complexity at once, and I am particularly enamoured with its proportionality. The three layers as concentric circles give it this kind of multi-layered aesthetic.

Mira: I liked this second layer, which I think adds a lot of value to it – the contrast between the outer smooth and shiny layer and the inside matt layer. The next is the top lighting, the intensity of which can be played with. These are the two aspects I really like. Maybe a different colour than the three provided or a picture or like, graffiti art that can be put in an industrial place – I think that would be a plus.

David: When you first approach the light, it seems very clean, simple and timeless. It has this complexity behind it, which, as we know, simplicity is the hardest thing actually to design. The proportionality in terms of positioning and the depth of this as it drops below the shroud has been achieved so well. The quality of the detailing is impressive too.

Given its design, the LP Grand series can be used in various settings. From maximalist interiors to modern decor, the piece can fit into various genres – something that designers are often on the lookout for. The LP Grand series includes a warm light of 2700k temperature and a phase dimmer, making it a more favoured choice not just at homes but also in workplaces and hospitality spaces like receptions, meeting rooms and libraries.

Another feature is the inclusion of DALI (Digital Addressable Lighting Interface) in its mechanism. DALI is a 2-way communications protocol that provides control over, and communication between, the components in a lighting system.

Mira: The first impression of the product was that it was contemporary. This could be used in commercial spaces, offices, conferences and public spaces. But when you look at it again, it has this humble effect. One can use this in a cosy atmosphere in a residential setup or use it in industrial, antique-looking spaces or even modern spaces. I like its simple but flexible concept and the materials that were used that make it suitable for different spaces and styles.

David: The fact that it doesn’t shout itself means it is very flexible. The LP Grand 320, particularly its small size, is different from those immensely strong and dominant that you have to build those spaces around it. It is like one of those layering elements that don’t steal away the focus. The fact that it is multi-positional and that you can have it flush or warm or as a wall-mounted fixture means you won’t have to look at it as a simple pendant light. Its calm and straightforward character makes it easy for this to co-exist with elements in the same space. The DALI-based system also gives a great deal of control over it. Maybe having it tied to popular forms of communication like Alexa or Siri, which are becoming more prevalent in homes and offices, could be a great addition.

Sustainability is a must-have feature in products today, and there is no one path to it. Though ideally, it should be thought of at every level, that doesn’t mean one aspect cannot take more responsibility than the other. In the case of the LP Grand, their take on sustainability depends mainly on reusability and longevity. Customers can send the lamps to Louis Poulsen, and the team will replace or repair it – offering buyers an opportunity to own the piece for a lifetime.

David: The price point of the object demands that it has a long life and assures that it can be repaired. I am slightly uneasy with the amount of plastic or acrylic within the product, but trying to create an object that moves with us for your lifetime and grows with you is how we move forward. We have to get away from this throwaway object culture that we have grown over the last few decades. It is a commendable approach that they are open to repairing their objects.

Mira: I totally agree. It takes the toll off the end user as the company itself ensures this. I think the products are quite fairly priced, looking at the market now. You are not just buying a pendant or a lamp but a timeless piece that lasts a long time. It is not something to worry about replacing with time or moving. It is flexible to fit into any space. The product works around the design rather than the other way around. So, as a price, it is very fair. 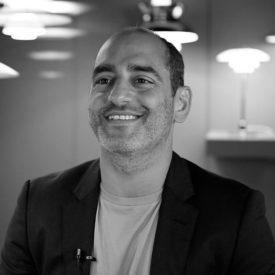 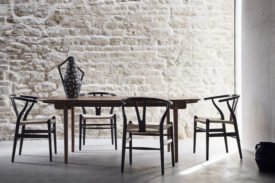 Inspired by the patterns and shades of a tide, Mosa’s Classics Tide Collection impresses with its... 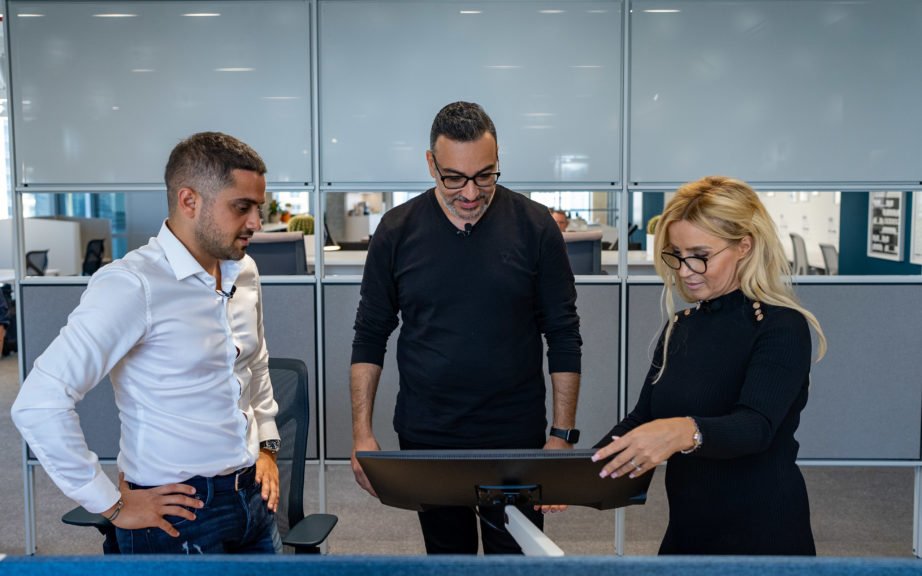 CBS's latest product - the Ollin Laptop and Tablet Mount - is a great new addition to their... 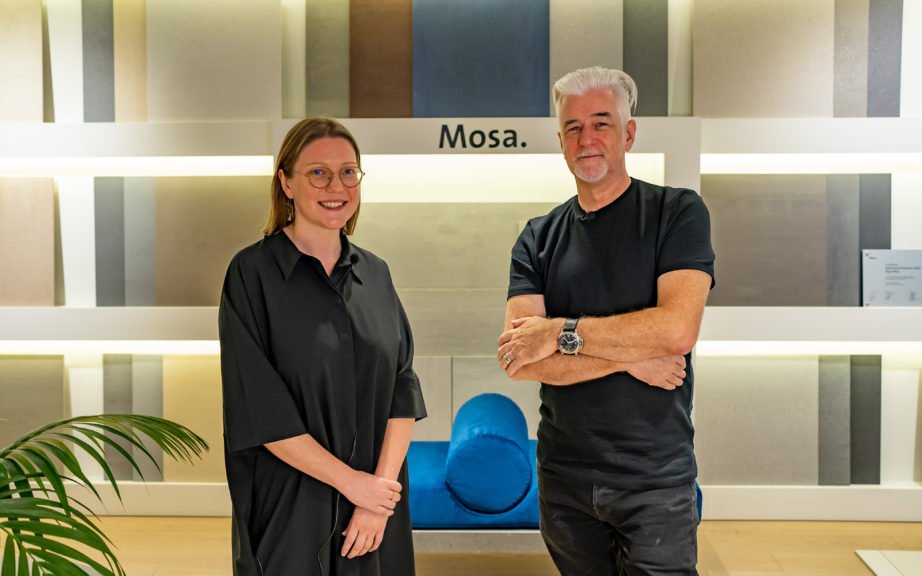 Possessing the ability of subtly transforming a space, Core Collection Solids from Mosa is... 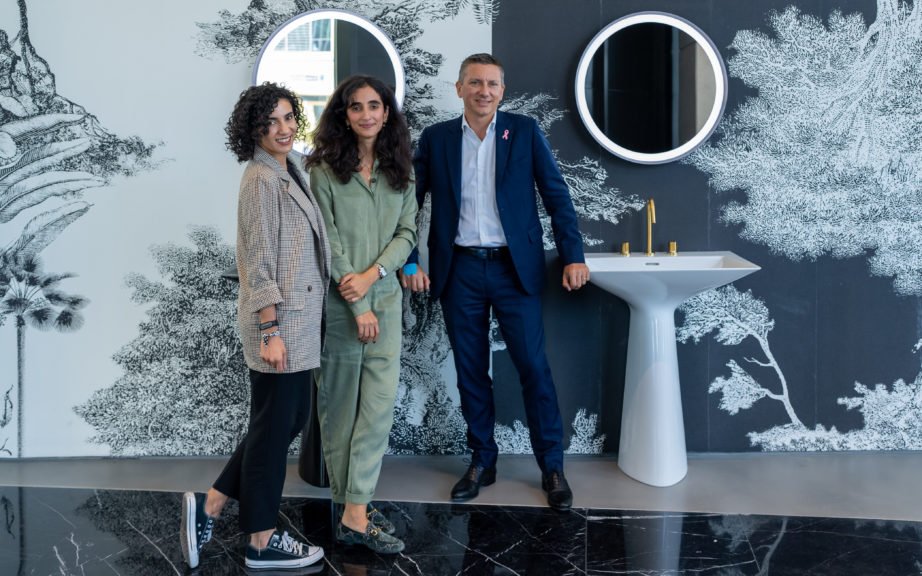 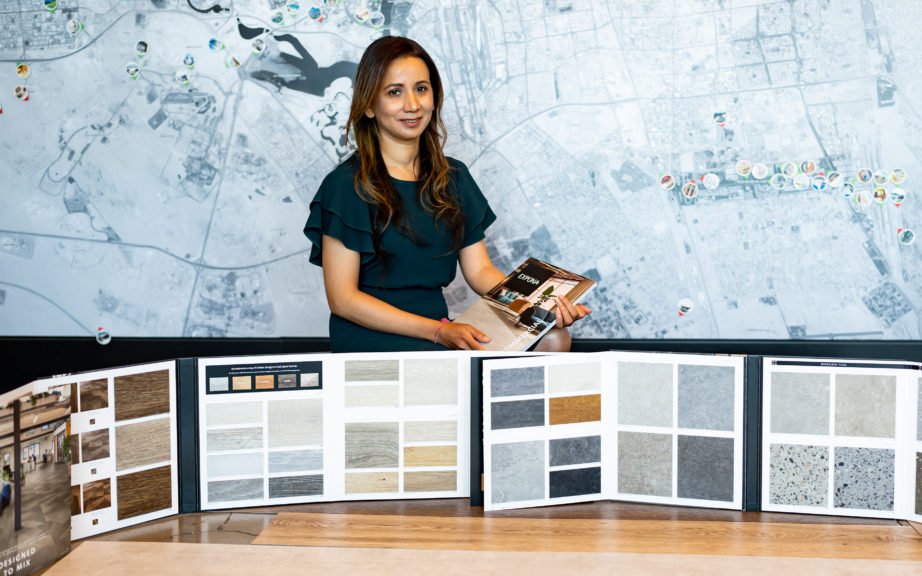 The UK-based Polyflor has been producing top-quality commercial floor coverings for over a century...