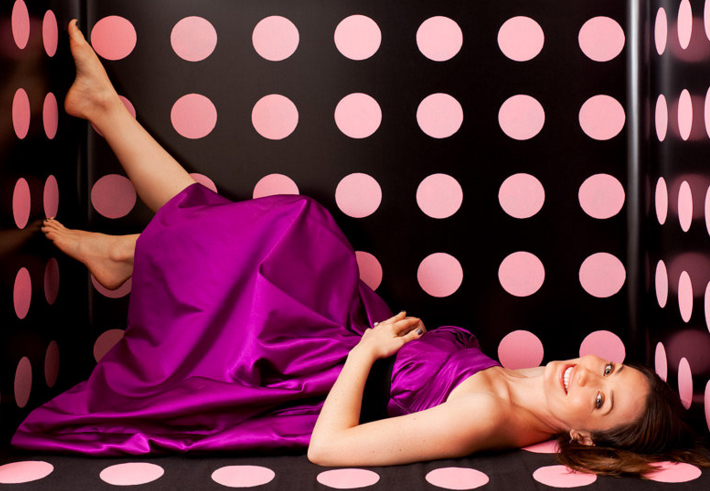 Inside the Mind Of Daun Curry

Daun Curry, is a highly sought after name in the Hamptons, and a major player in the New York luxury residential sector. Her vast portfolio also includes gorgeous Vegas penthouses and stunning Californian beach homes. She tells LTD about her past, process and inspiration, as well as her holistic approach to design.

Based in New York City, and an alumnus of the Parsons School of Design, interior designer Daun Curry founded her eponymous firm in 2009, and has since become known for a range of projects – spanning penthouses in Las Vegas to beach houses in California. In 2019, she won the much sought after Andrew Martin International Interior Designer of the Year Award. Her layered, nuanced spaces have made her one of the US’ most illustrious names.

Her passion for her craft and delight in the manifestation of a vision drives her creative process. “There’s very little delayed gratification anymore. Before, you would be working for years on a project, just seeing drawings. Seeing the ideas come to life is everything, it’s what we live for as designers.”

What led you to become a designer?

There was never a straight path that led to it. I’m not the type of person who’s ever made a plan, it’s more about the journey for me. Growing up we didn’t have the internet. All we had was what was in front of us. So I didn’t even know that there was such a ‘job’ as interior designer. But I was always creative and felt a bit lost in the academic world, never really fitting in. Creative jobs were never presented as opportunities one could pursue.

I’ve also always had an interest in holistic living. I believe that what you surround yourself with and what you put in your body matters. My parents started organic farming in the 1970s, before it was common and ‘cool’, so it was part of my life from an early age. And when I enrolled in the Institute for Integrative Nutrition (I got in when it was quite new and came out with a degree as a holistic health counsellor) part of the programme was getting counselling yourself. And that helped me work through some of my childhood crutches. I realised they were holding me back from doing what I wanted to do, which was be a designer. So I finished the degree and went and enrolled at Parsons straight away.

I’d always been driven about the things I feel passionate about. I was styling for interior design and fashion shoots. And along the way I picked up a few projects, which carried on for a few years. In 2007, I partnered with a real-estate developer on a small, high-end building, for which I created two townhouses, two lofts and a penthouse triplex. It was essentially a crash course in the high-end, residential, design world.

Through the process and their network, I made lasting connections with players on the real estate scene, met future clients (one of whom I’ve just done a third house for 13 years later), and from them on, it grew enough for me to start and sustain my own studio.

Can you tell how your holistic teachings led you to discover this path?

My fear and vulnerability around meeting an academic standard that stemmed from when I was young made me scared of exposing myself and risking doing the things I wanted to do. And the process of self-discovery during my studies just gave me the extra push to do it.

Would you say residential design queen of the Hamptons and New York is a befitting title for you?

Ah, there are so many designers here – it’s a competitive field, with a lot of creativity, and for the most part, it’s a very supportive community. But I’m definitely a player and a member of that circle. I’m thankful everyday that I get to do what I love.

What would you say is the most challenging part about working in the New York residential design scene?

I imagine it’s not dissimilar to what other designers would say anywhere – the logistics and managing all the moving parts, like managing expectations and timing. The details are what keep me up at night. It’s the boring stuff but in reality that is what takes up about 85 percent of your time as a designer.

A particularly exciting and pivotal project that you’ve worked on?

There are a few. But my favourite project – the one that really sticks out – was the high-roller suites for the Cosmopolitan hotel in Las Vegas. That project was just so different from what we usually do (being a hotel) and so, even just the learning curve of it was exciting for me. I don’t like to stagnate and get stuck doing the same thing over and over. I find it stifles my creative process. We did seven high-roller suites, each 3,000 to 5,000 square feet, which was almost like working on seven projects at once. It was Vegas, big budgets and it was a blast! The hotel was also so supportive of our vision, which allowed it to become a dream project where we could really push the fantasy envelope.

Another project that’s special to me was the Sotheby’s Designer Showhouse, early on in my career. To be able to work with them and dig into their inventory – handle Picassos and see old masters and that level of centuries old furniture making up close was an amazing experience.

How would you describe your design approach and aesthetic?

I get asked this a lot. It’s a hard one, because you’re just doing, and you’re not analysing your work. The market is so saturated and that’s only going to become more the case. This constant visual assault of images somewhat stifles your creativity. So for me it’s quite a visceral process, it’s about sitting and having a quiet moment, and feeling if something is right.

Nature and connecting with nature gives me a lot of inspiration. Even a subtle reference, in terms of colour or texture, is so important. The streets of New York too, are a huge source – just leaving your building, you’re exposed to such a spectrum of people, characters, fashion, art and architecture.

In terms of my style, I’d say it’s layered. I like playing with colour and texture, and mixing things. I like adding something that’s a little bit ‘off’ too. It’s eclectic, we pay attention in the studio to scale, proportion and balance first and foremost, so it doesn’t necessarily matter what decade something’s from. Those three things are our driving factors.

The clients also drive the process, and while there is a common thread in my work, each project is so individualised. So it’s also about considering what’s going to give them that visceral feeling when they walk through the space.

Who has been your most interesting client?

The most memorable ones, the ones I’m most compatible with, are the ones who want to go on a design journey. I can produce a beautiful project for any client no problem, but I’m drawn to those who want to go on a process of discovery. I like to get into the nitty gritty of things.

Where do you see the design industry heading 10 years from now?

I see it splitting into two areas – on one hand, design is becoming really accessible, and then on the other, there’s still a demand for very customised work. So as a designer, you’ll have to choose which area you want to focus on. Technology keeps advancing too, but while I try to keep up, I think keeping the human element and that sense of connectivity is crucial. We need that as humans.

If you weren’t an interior designer, what would you be?

I would always have to be involved in something creative. Nothing financial or technical. Maybe landscaping or floral design, or even creative direction. Something nurturing also appeals to me.

What is the best advice you’ve ever received, and what advice would you give to young designers?

It’s quite clichéd, but nevertheless a principle that’s hard to put into practice – appreciate where you’re at right now. Life moves fast and it’s easy to be focusing on what’s next, your next goal. But five years ago you wanted to be where you are now. So just take a moment to step back and appreciate what you’ve created.

The only advice I would give is to keep at it and keep moving forward. There’s no magic wand. Instant success is misleading and unrealistic. Also, stay true to your point of view. It’s too easy to get distracted and influenced by what people are responding to, but stick to your guns.

Our readers would like to know about Daun, the person?

I can be external as well as internal. I like quiet moments, I like to dive into the details and drown out the noise. But I equally love meeting people. I’m very family oriented, and I’m a big advocate of nurturing (others as well as self-care). But a lot of what I do in my free time also feeds into my work, such as learning about architecture, or deciding how we’re going to decorate our Christmas tree! 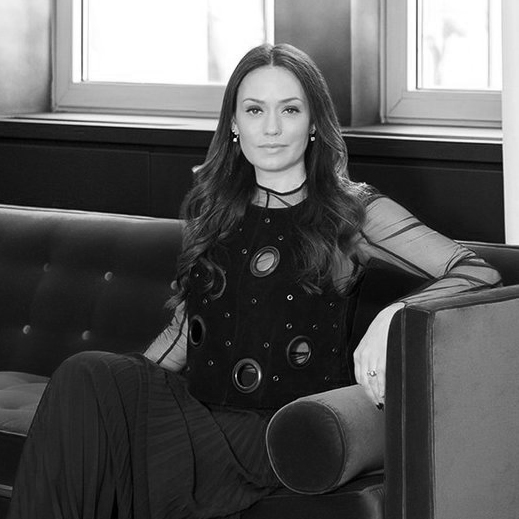 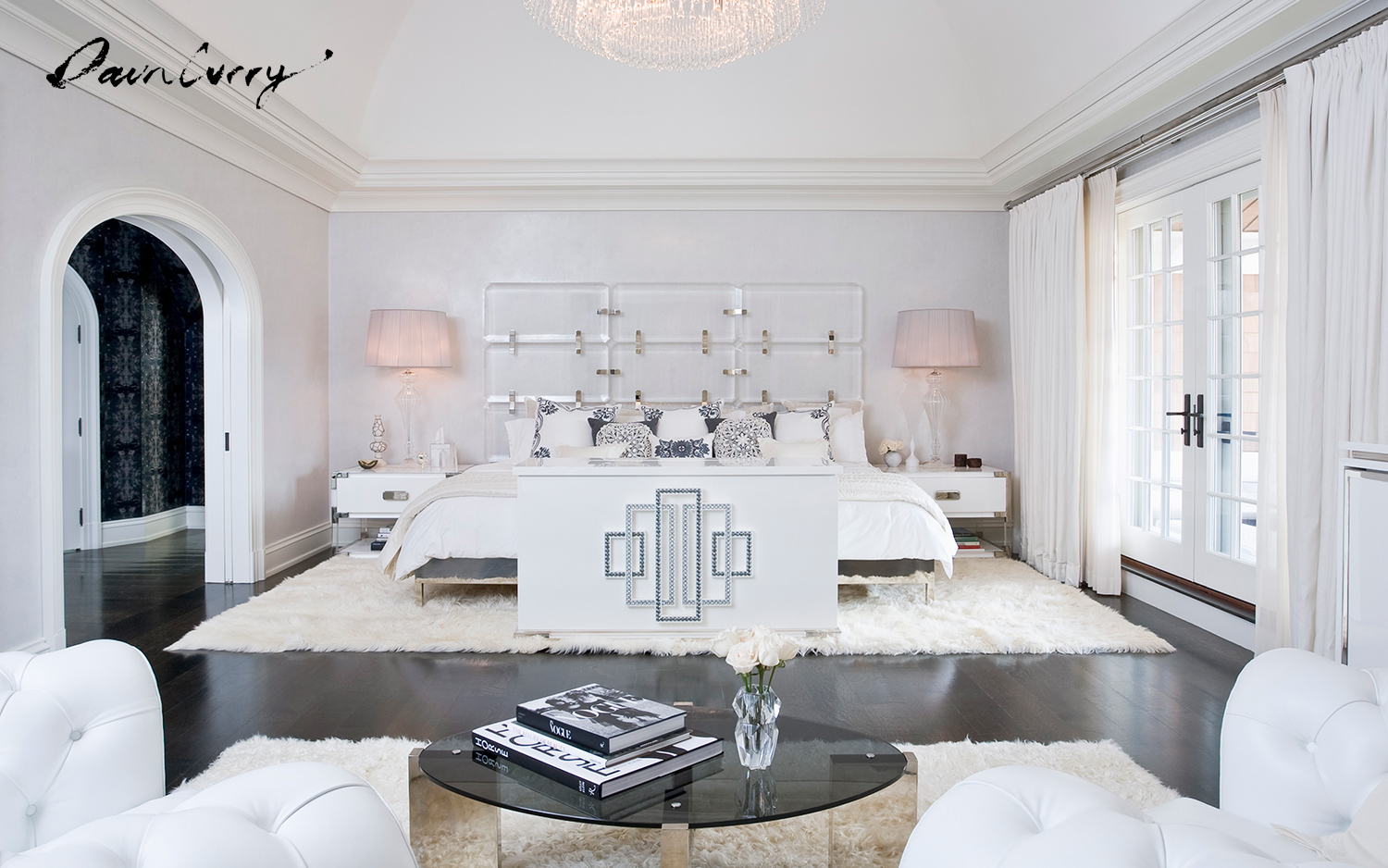 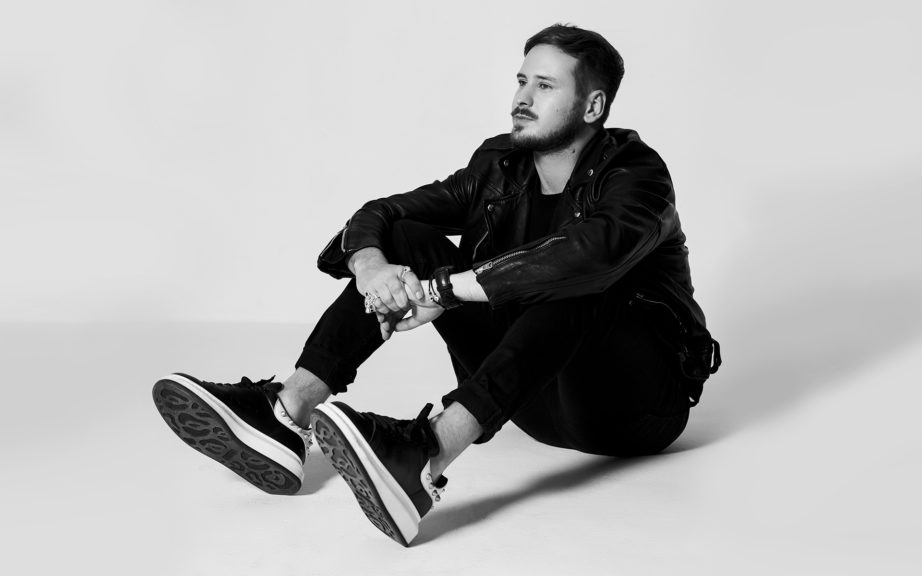 Inside the Mind Of: Tristan du Plessis

Meet Tristan du Plessis, a Johannesburg based designer with an edgy and opulent style. His... 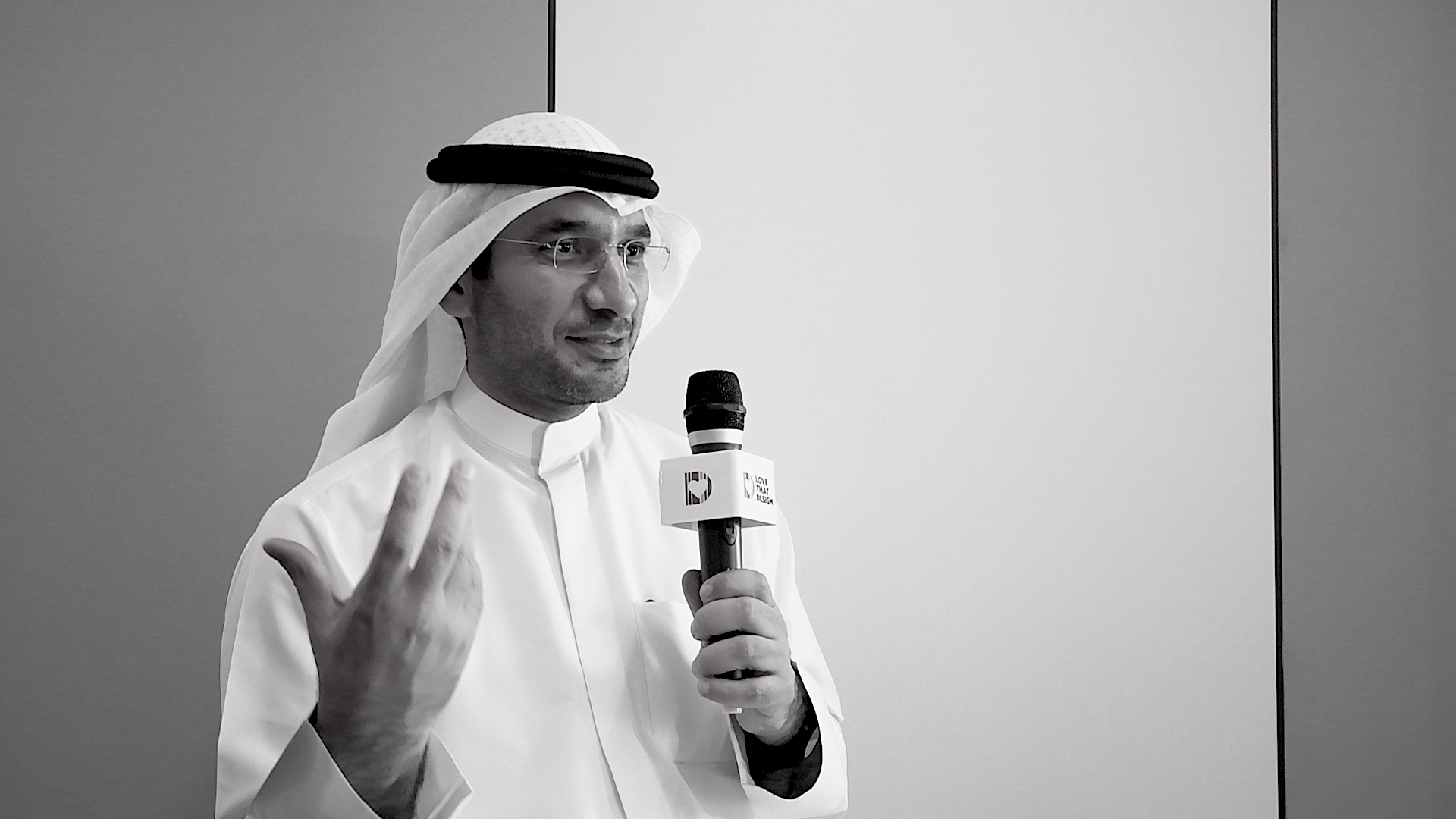 Inside The Mind Of… Nasser Abulhasan 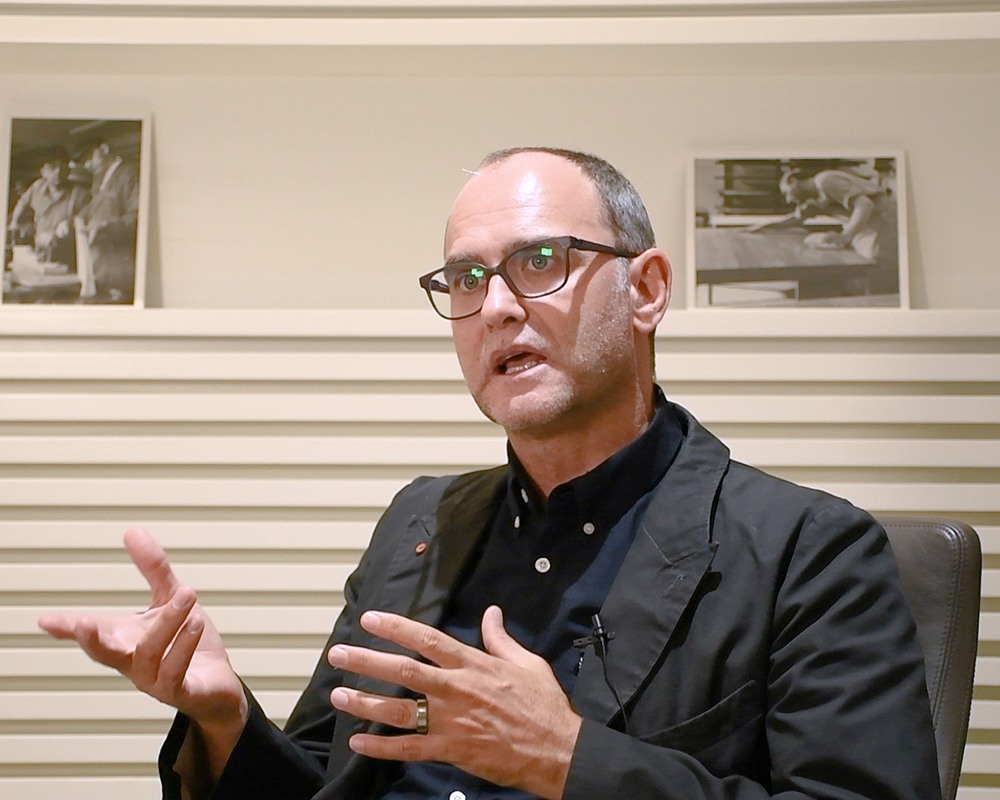 Inside the Mind of… Philip Olmesdahl

From stunning homes in Cape Town to hospitality gems in Bali and Australia, architecture and design... 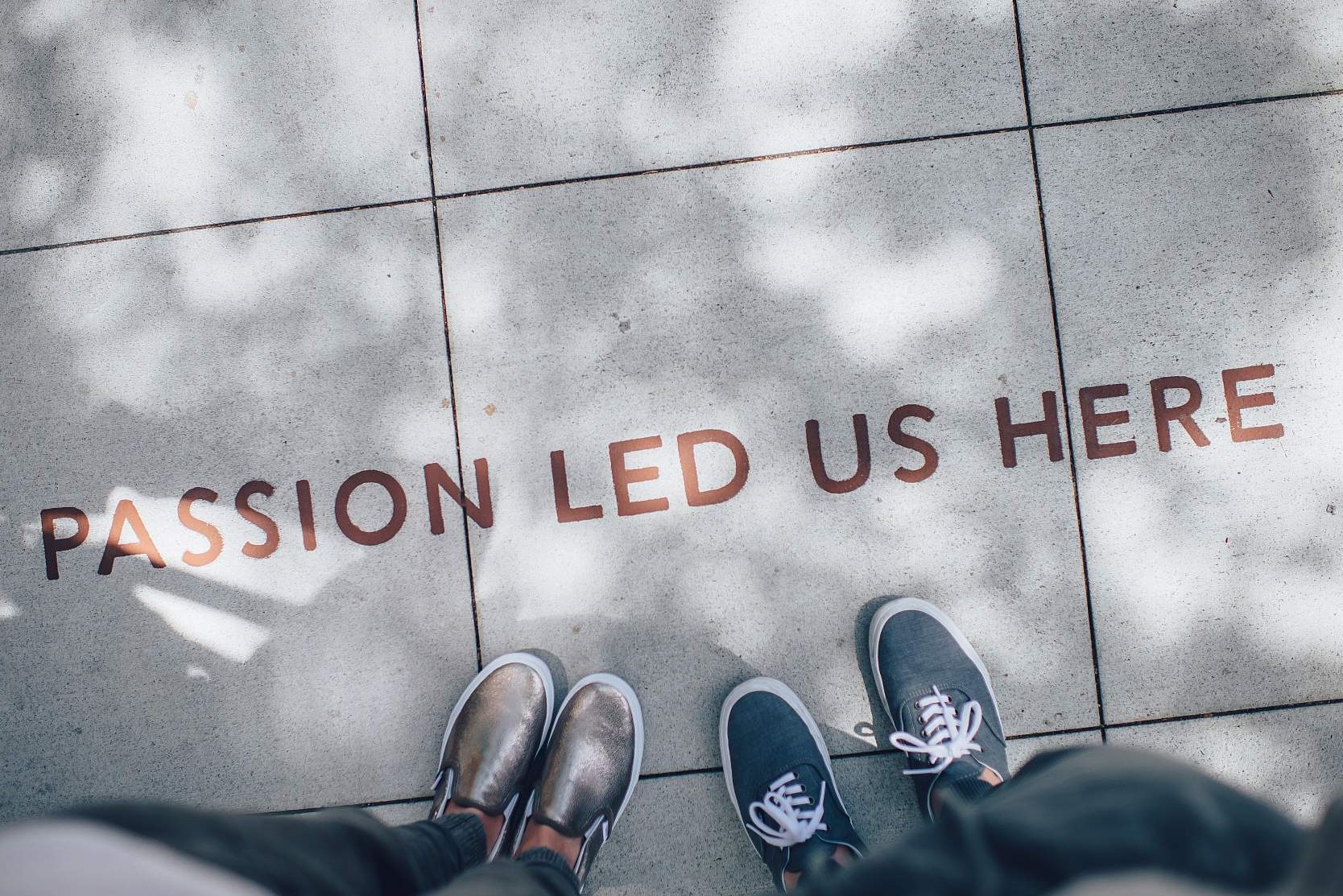 Nuggets of Wisdom from the Region’s Top Designers 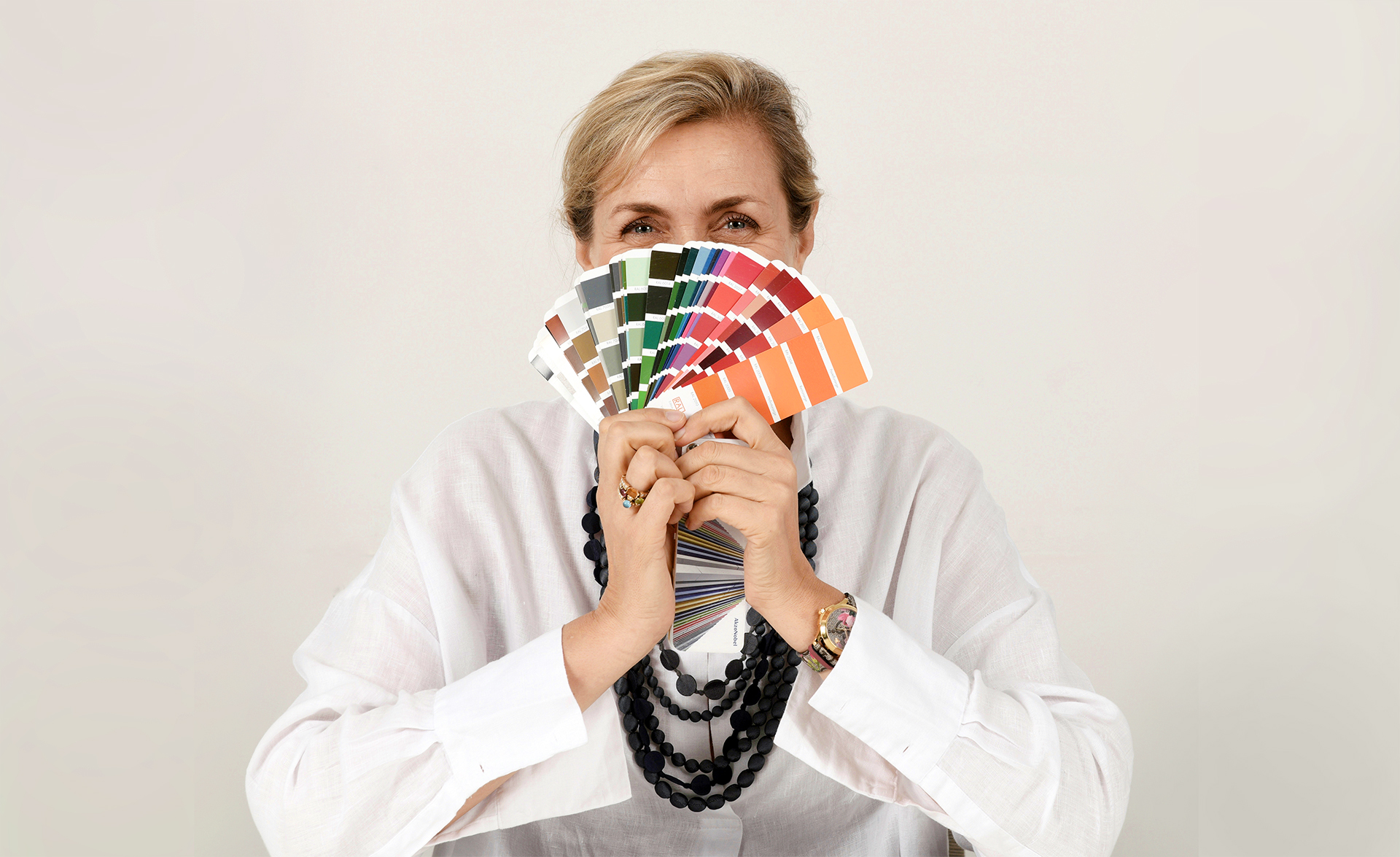 Inside the Mind of… Kristina Zanic

The tale of how the eponymous founder of Kristina Zanic Consultants found herself in Dubai, is one... 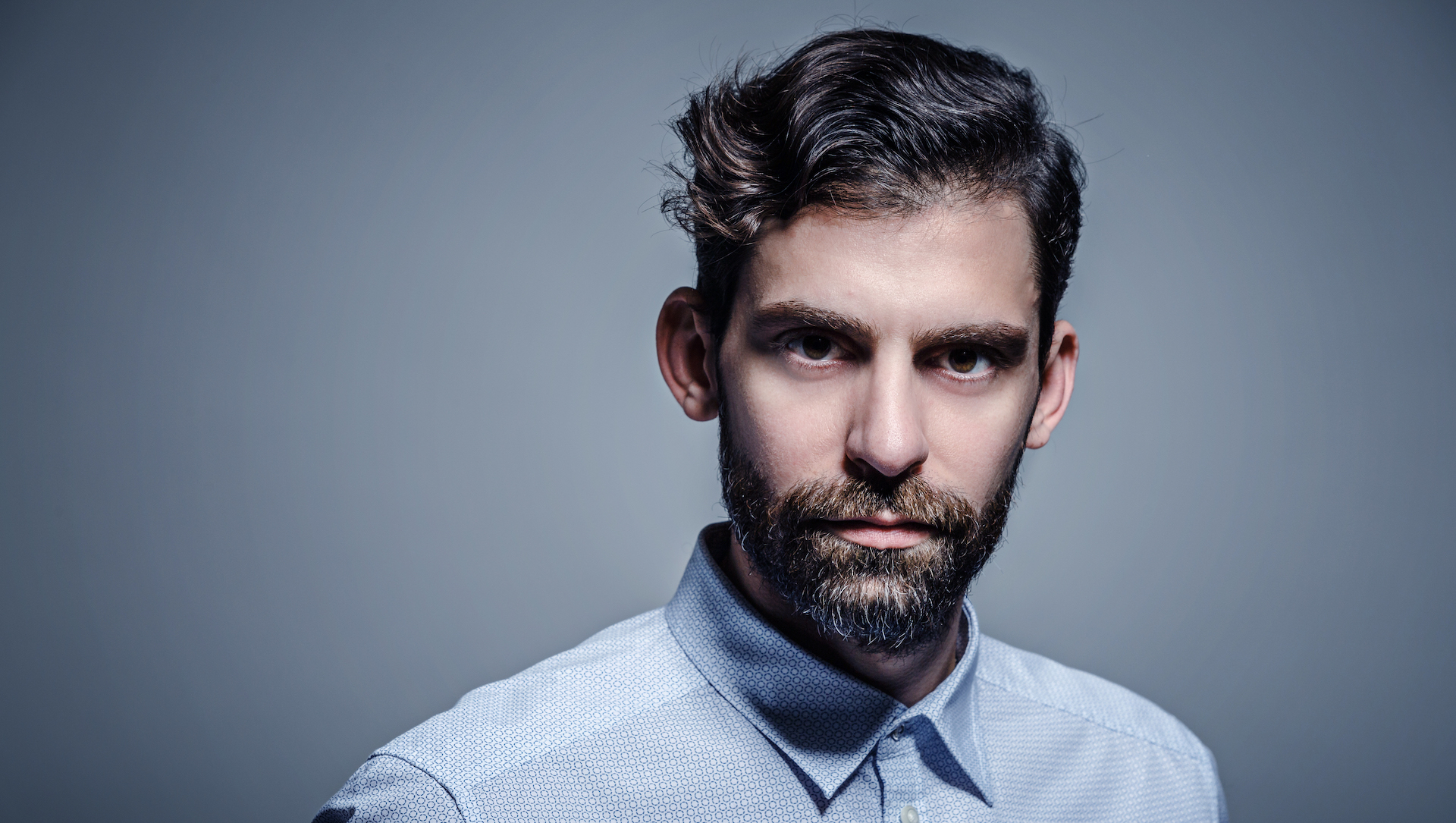 Inside The Mind Of… Rabih Geha

We got up close and personal with Beirut-based designer/architect, Rabih Geha, at Dubai Design Week...