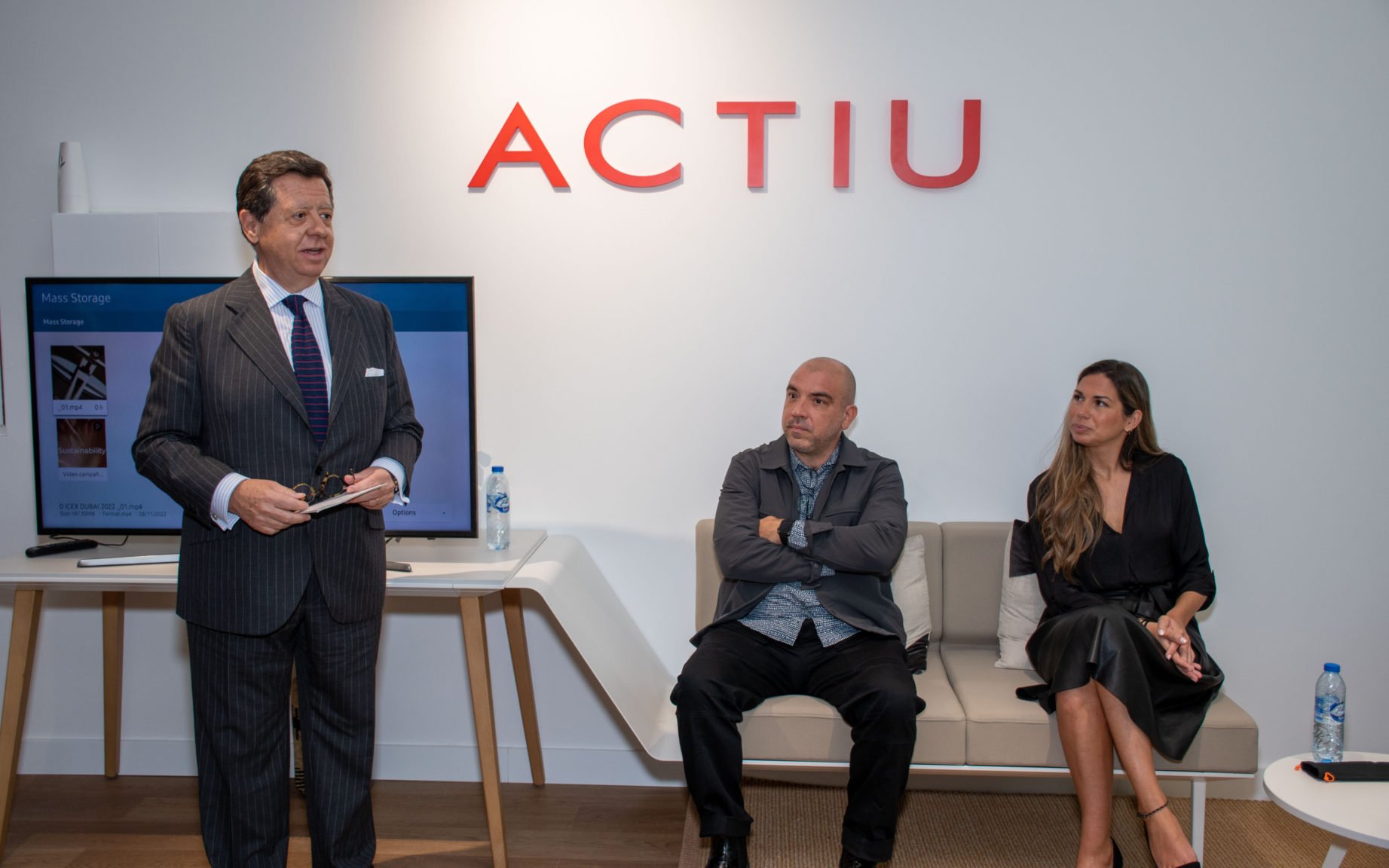 The Spanish Spin in the Middle East – Dubai Design Week 2022

In the past few years, Spanish design – products and interiors specifically – have left their mark on the world. From providing unparalleled quality to offering a plethora of options, Spanish brands have been steadily upping their game, and the effects can be felt in the Middle East, a hot center of cross-cultural exchange. But there’s always more than what meets the eye – in this case, it is the history that these two cultures share with one another.


Spanish Breakfast 2022: The Spanish Spin in the Middle East

Coming back for their third consecutive year at Downtown Design, ICEX under its brand ‘Interiors from Spain’ started out this edition with a bang. Hosting a full house at the ACTIU showroom in Dubai Design District (D3), this time around the customary opening breakfast had a twist – a Spanish one.

Titled ‘The Spanish Spin in the Middle East’, a panel discussion with eminent design professionals like Juan Roldán, Associate Professor at AUS, Mohammed Adib, Chief Design Officer at Dewan and Marta González, Director of Interior Design at Accor Hotels opened up a line of discourse about what bonds the Middle East to Spanish influences. A special announcement from HE Iñigo de Palacio España, Ambassador of Spain to the UAE made for a well-rounded talk.

Read on for the rundown of the discussion…..


A Bond Rooted in History

“I think that the main reason for why Spanish architecture and design is a success in this region is cultural. It is probably the country that has the most ties with the Arabs” says Juan, referring to 800-year rule of the Arabs on the Spanish coast and the staggering Islamic influence that they left in Spain.

He continues, “It’s a very direct way of thinking, a way of living and a way of designing. However, we have lost aspects of Islamic architecture in the West. It’s a great integration of arts, architecture, structure and religion. On the other side, there still exists common elements like the joyful approach to design. That’s a thing we can witness today here. Many of the companies that are part of the Spanish Pavilion this time, have a regard for innovation and a sincerity towards providing what society needs. The approach differs largely from that of Northern Europe, where Scandinavian design takes precedence. It is an approach that is gaining momentum and I hope to see more of it in the future.” 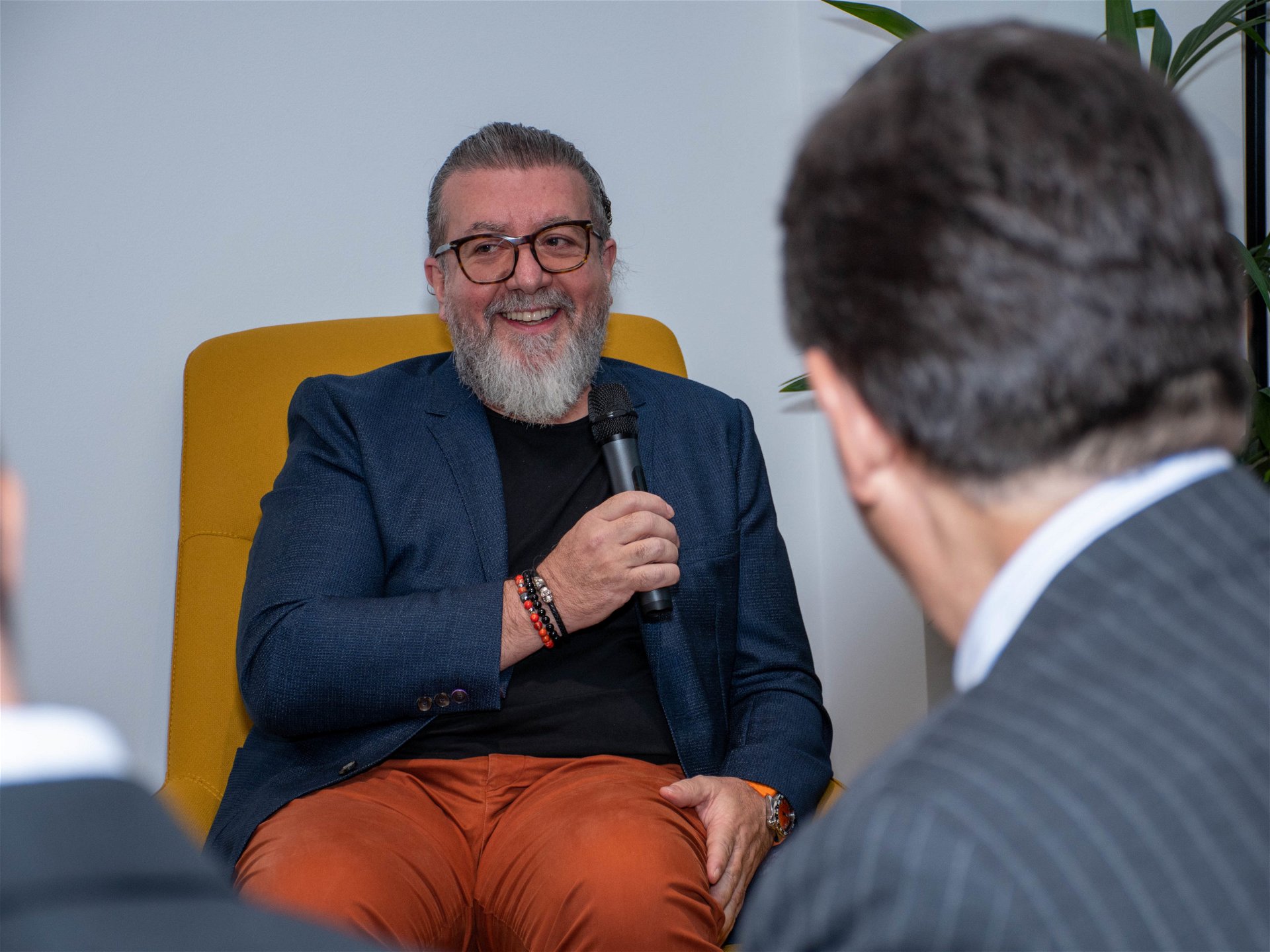 Diving into the nuances of the two cultures, Marta drew on the point that the Spaniards have a more outgoing and open demeanor, “Spanish people, we are warm. We try to introduce light in our houses and connect indoor and outdoor spaces by not having a clear line between the two. ACTIU furniture, for example, has amazing pieces of furniture that can be used both indoor and outdoor. Even Spanish designers promote the blurring of these lines – this is something we are bringing here, something that is inherent within Spanish people. The passion, I think, is one of the greatest assets for Spanish design. I mean, just think about gastronomy. It is how we work, like in  EXPO 2020, we were bringing so many people, so many events. The same in the music, in the flamenco, in the artists, we have so many artists showing up in the world.”

Marta’s mention of outdoor spaces reminded Mohammed of a similar feature in Arab heritage, “The architectural aspect of a courtyard, which is sort of looking for the inside in home, was also something Spain adopted from the Arabs, although now they have morphed into these amazing internal patios. So in a way, it’s cyclic – it’s all coming back.”

Building upon the narrative of his co-panelist, Juan says,“The Spanish genius that tends to think and reinvent has been a game changer not only from the point of view of the gastronomy, but also has had a huge impact into product design. I’m talking about the late 90s and 00s, and how that has influenced restaurant design, and all those outdoor spaces that have to do with furniture, space and gastronomy and how that becomes a seamless design experience. This is probably key. If we want to think about the big picture of what passion might be, not just an individual effort, but as something that has a larger impact, you have to look to Spain.” 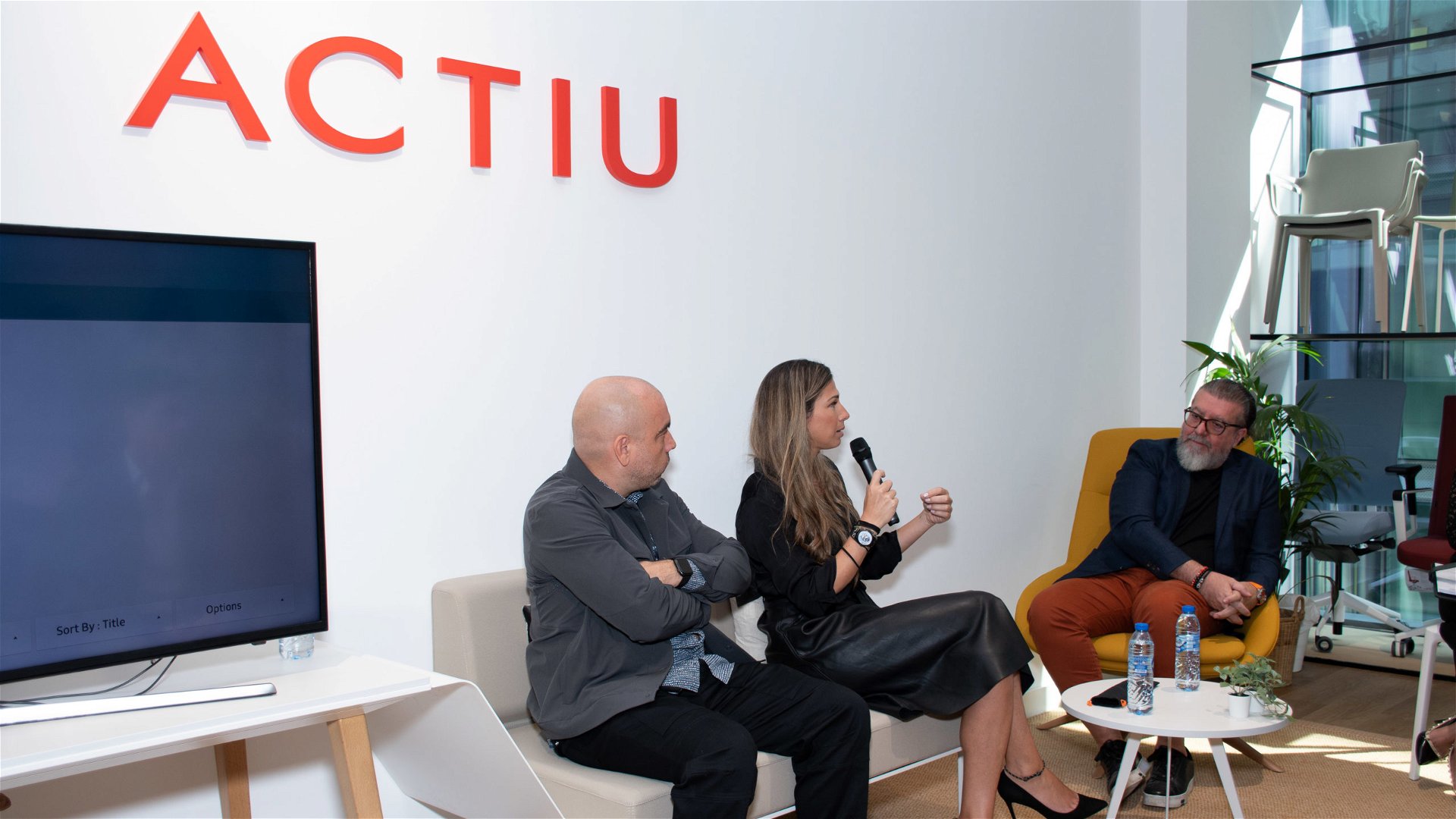 Mohammed replies to Juan’s opinion, “It is what happened in Spain after the 70s, when it used to be a closed country. But when it opened, it just exploded. And I think something similar is happening or happened over the last 15 years here, to what happened in Spain. This explosion is what made it possible. It is the passion of the culture, but also the ability to learn from others. There’s no shame in saying, listen, I know how to do this, but I do not know how this is done and adopt it. There was a similar movement in Cairo and Beirut, where all of a sudden from an Ottoman Empire with very classical and Islamic designs, there was a transition to modernism. They adopted it, and they altered it.”

Juan adds, “This is also why we have Islamic architecture in Spain, because it had been a transfer. There has always been a readaptation, a rereading of what was happening next door. We are now in an exciting moment in Dubai, specifically because this is a place where many cultures cross and it’s a melting pot of cultural exchange.” 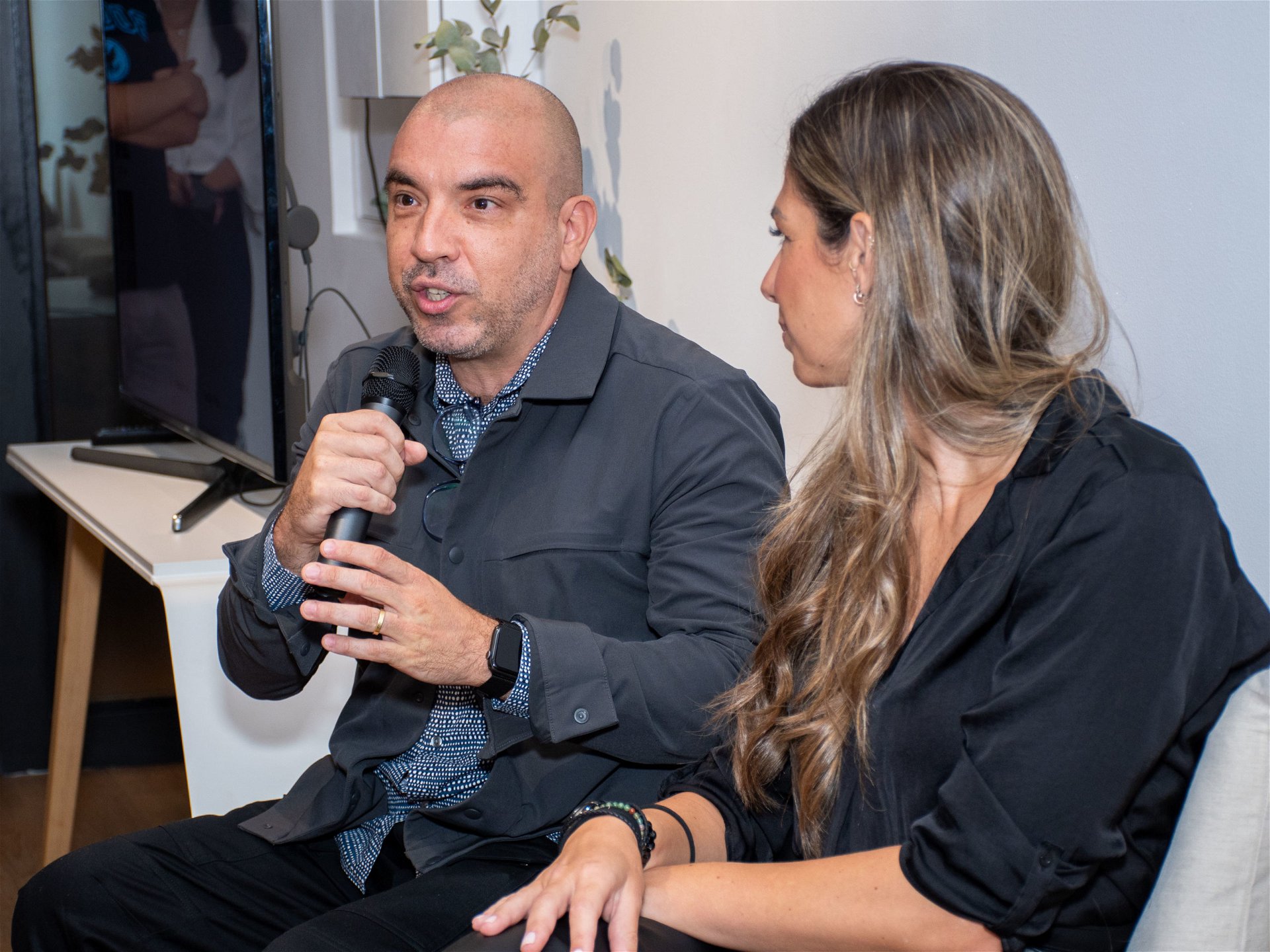 The Middle East, A Melting Pot of Cultural Exchange

Marta adds, “We have a diverse community, just people from all around the world. So each one of us, we are bringing in a little bit of differentiation, and that is seen in every theme – particularly, in architecture and interior design. We have plenty of eclectic places where you have this mix of this combination. In Spain, back in the day, this mix was performing very well. Even today, people visit Spain only for the architecture and the quality of that mix.”

Upon being asked what aspect could be inculcated in the Spanish culture from the Middle East, as a closing note, Marta expresses her wish to see Spanish folk taking pride in their work like the citizens of the Middle East do. “In Spain, everybody is humble to a fault even when the quality of projects in Spain and the architecture is good. It’s only when we are outside of Spain that we are proud of our products and skills. I think that we should be proud. I’m proud of what we do and how we do this. We are really good!”, she says, earning a round of applause.

Closing Remarks from Ambassador of Spain to the UAE, HE Iñigo de Palacio España

Starting on a humorous note, HE Iñigo de Palacio España says, “I’m going to start by drawing one of the sentences that was said about coming back to Spain. I can assure you, you’re more than welcome after so many centuries, provided that the bridge that is going to take you to Spain is going to be built by Spanish companies. This is the only condition we’ve had for this.”

After expressing gratitude for being invited at the event by ICEX, and wishing them luck at Downtown Design. The ambassador made a resounding announcement, “I hope to share with you hot news that there is a very relevant, sizable delegation under the patronage of His Highness Sheikh Mansour, the Vice Prime Minister and a minister in the Presidential Court. Very relevant people in the world of culture, such as the director of Mohammed bin Rashid library, the director of National Archives and many others will come together on a mission traveling to southern Spain with an aim to find, to discover, to bring here all the legacy of Spain.”

Circling back to his opening statement about coming back to Spain, he cheekily says, “In that case, you don’t need to go to Spain all the time. Of course, please come. But we still can bring Spain here via the Metaverse, so that everyone is profiting from this beautiful legacy.” Finally, he mentions how Valencia was Design Capital this year, and hosted the successful Feria Hábitat Valencia trade show and expresses his hope to see the audience in Valencia in 2023.

Looks like along with breakfast, ICEX also served a dose of food for thought about Spanish culture and its influence in the Middle East this year.

Scroll down to catch more glimpses from the event… 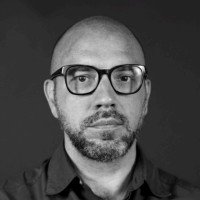 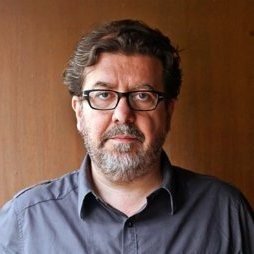 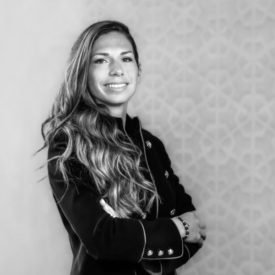 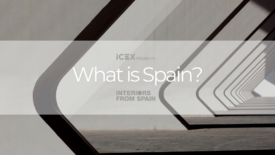 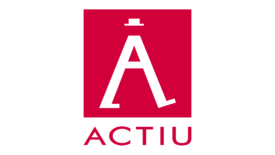 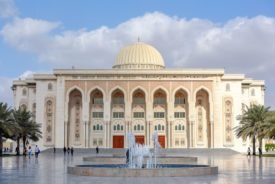 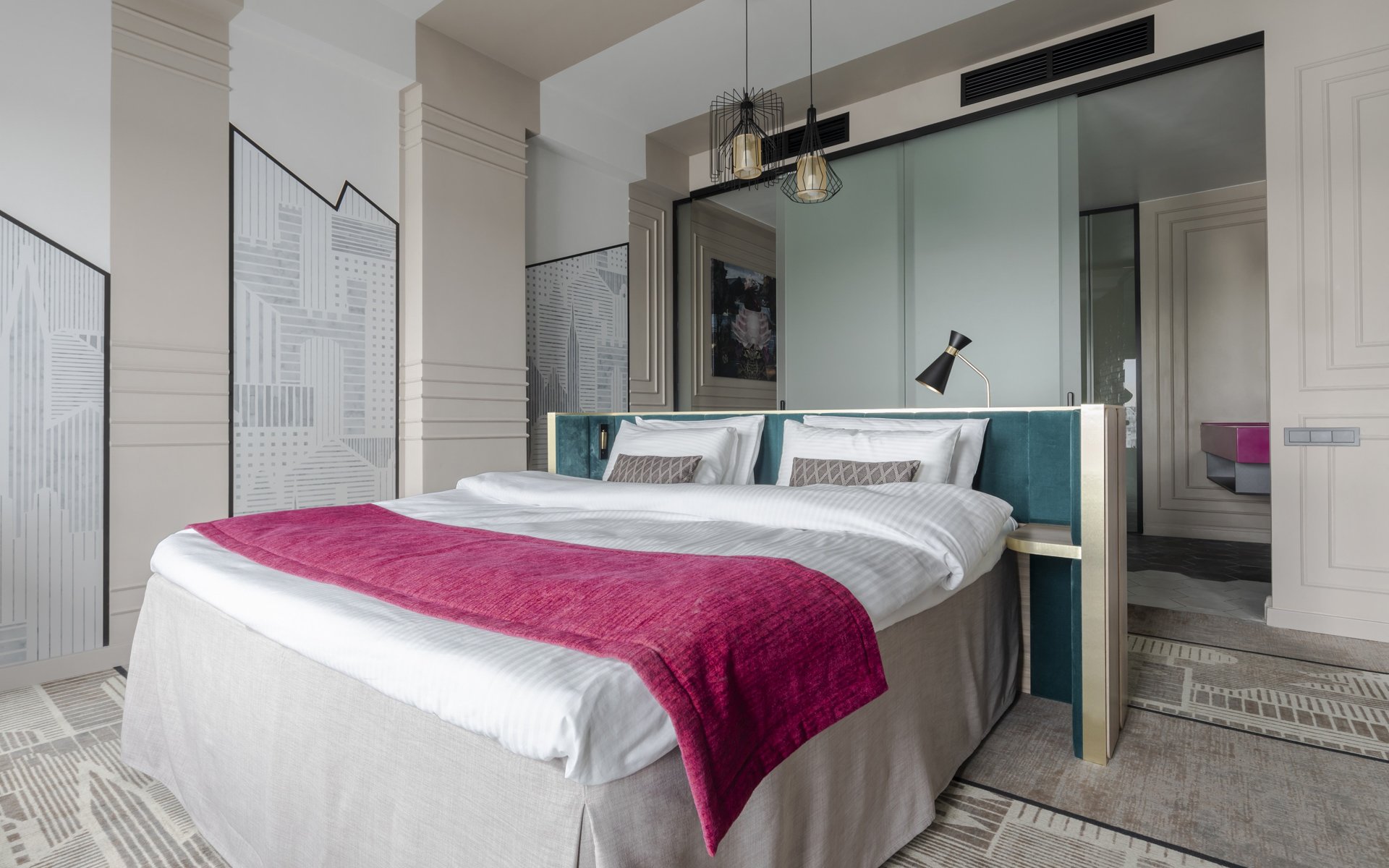 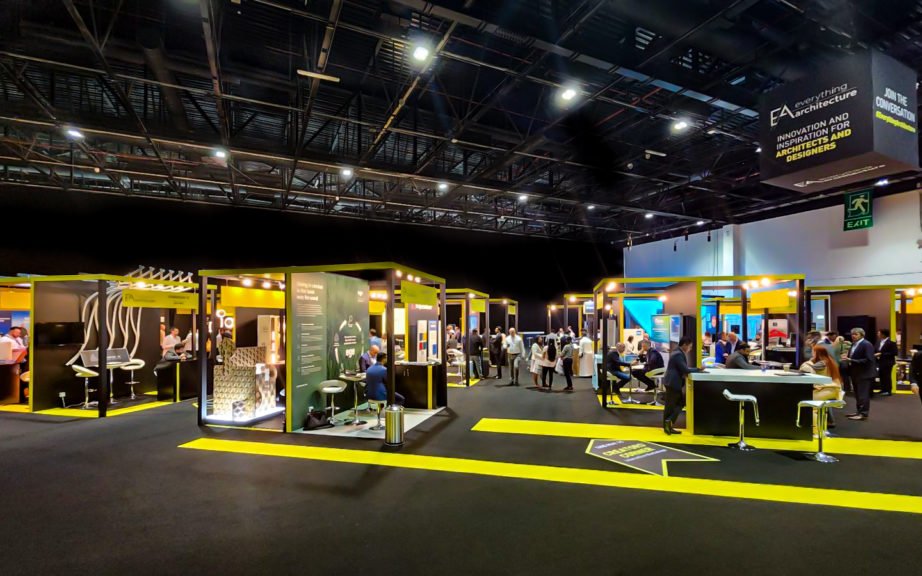 What made a mark at Everything Architecture 2022, Dubai

Held over two days, Everything Architecture hosted its inaugural edition on the 5th and 6th... 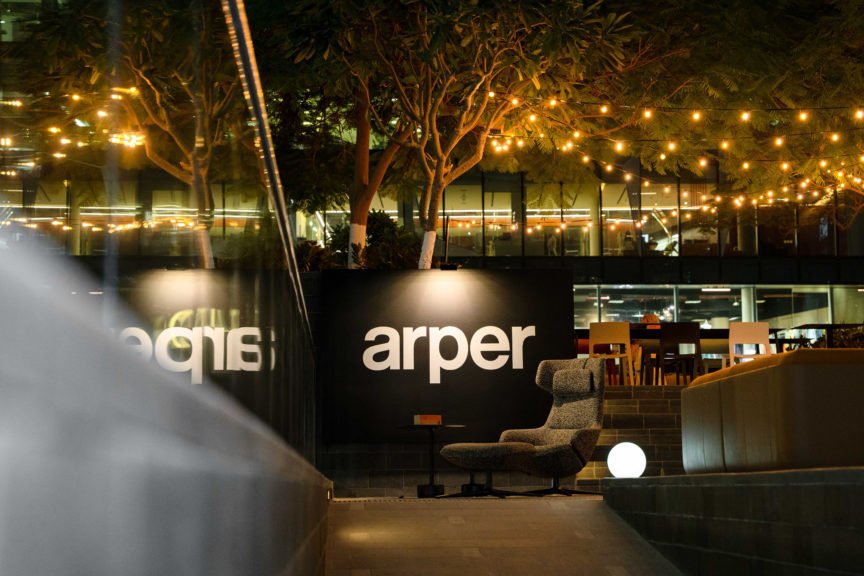 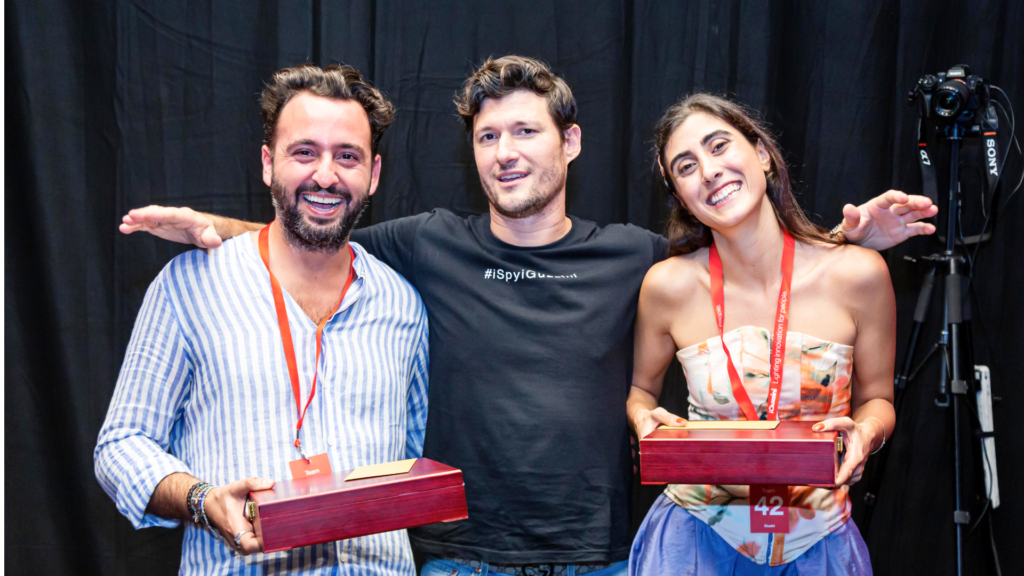 Together We Light: Who is the Dubai Winner of iGuzzini’s International Foosball Competition?

Held during Dubai Design Week 2022, iGuzzini’s Together We Light competition saw designers from... 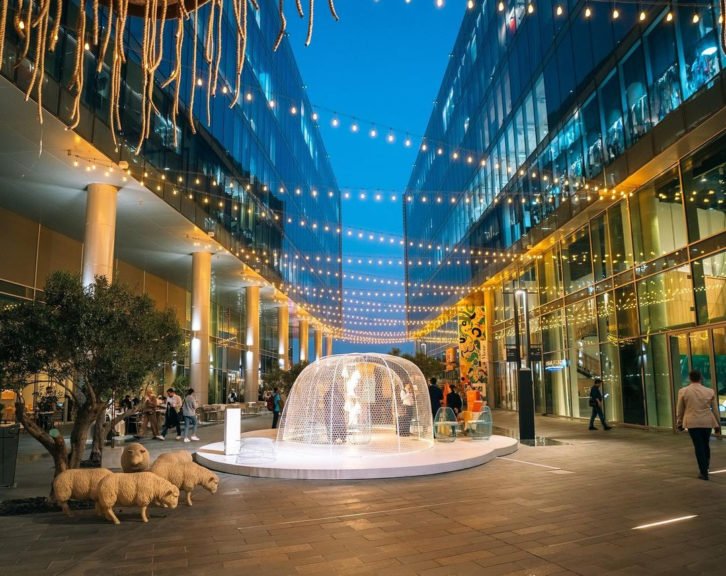 Dubai Design Week 2022: A look back at the highlights of the event

Back for its eighth edition, Dubai Design Week 2022 had an array of installations, talks and... 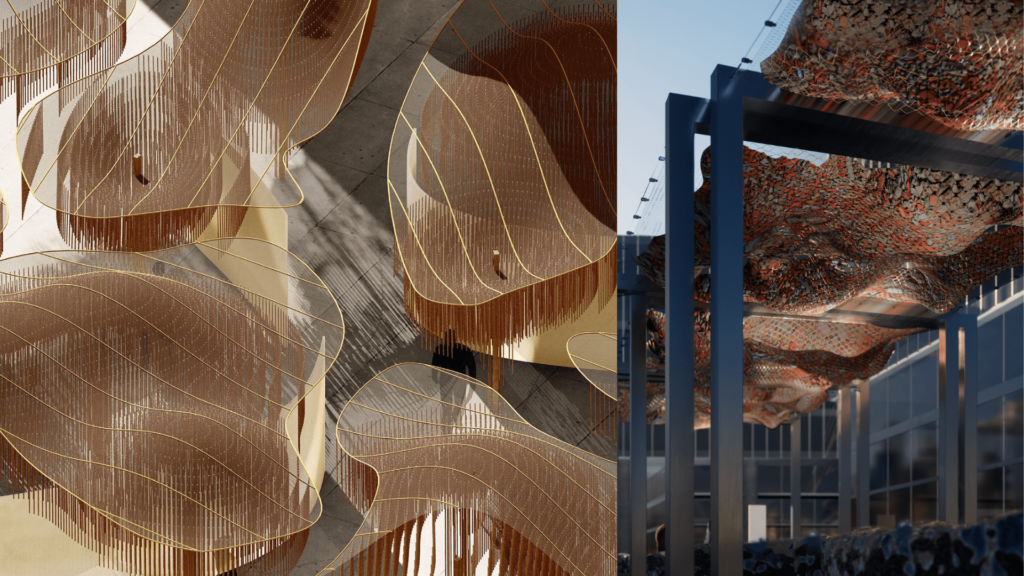 From the awe-inspiring and intriguing installations to the futuristic theme, here’s a list of... 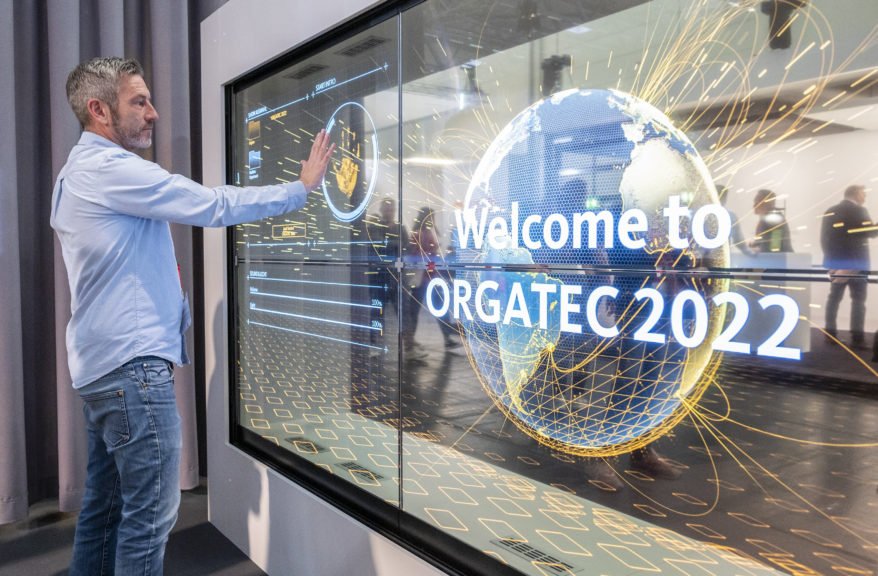 We spotted what trends seemed to rule the narrative of Orgatec 2022, here’s a...