Designed by Purple Backyard, the tables in the cafe have rounded edges to promote free movement and encourage interactions. The idea was to develop an inclusive community seating that still looked cohesive. The chairs were also rounded and free to be rotated so that people can easily enjoy the talks or concerts that are held in the cafe. The ceiling of the cafe is adorned with a unique illustration that highlights the key places in the cycling routes of Europe. The hanging light installations in the cafe are also inspired by bicycles but in a way that does not look too thematic. The walls of the cafe are decorated with the brand logo, menu, slogans and pictures of famous cyclists. Hence, the walls become an element of interest and provide a good starter for conversations.

The cafe also works as a retail space for selling accessories, products and tokens related to cycling and triathlons. There is also a provision for seating outside the cafe so that the cyclists can enjoy a cup of coffee while on their route– without having to come inside to order. The bathrooms are signature green to bring in a nature-inspired vibe to the interiors. The back kitchen is attached to the cafe and the total carpet area of the space is approximately 700 sqft. The exterior facade of the cafe was also done by PB, which was done in half and half cladding of subway tiles and textured finish. The flooring was supposed to be done in cement IPS but since it would have been difficult to maintain hence, full vitrified tiles were used instead. The walls were also done in half and half– using cladding tiles and a textured finish. The services were kept open and no false ceiling was used in the space. 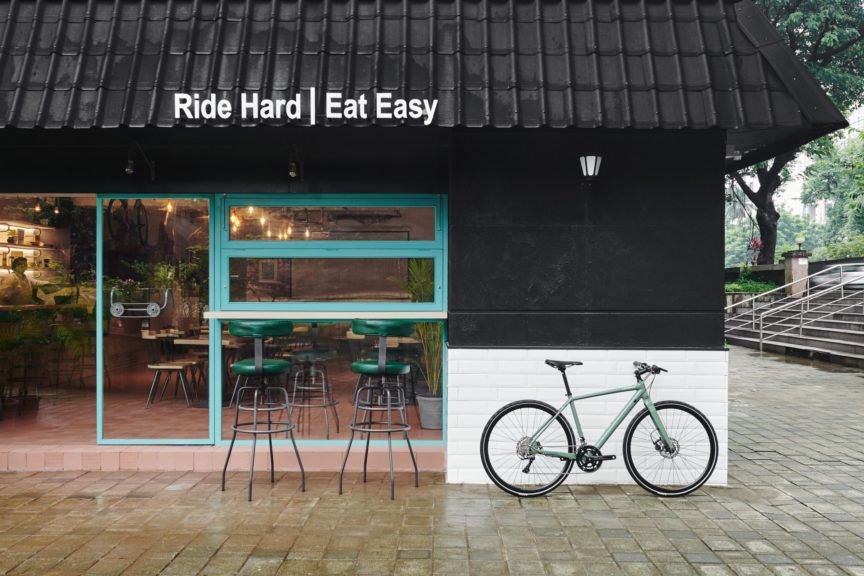 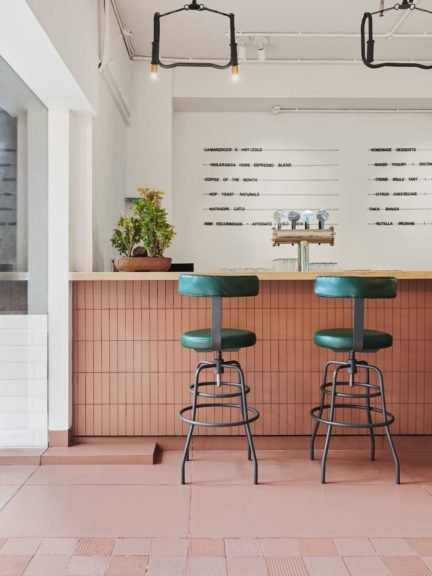 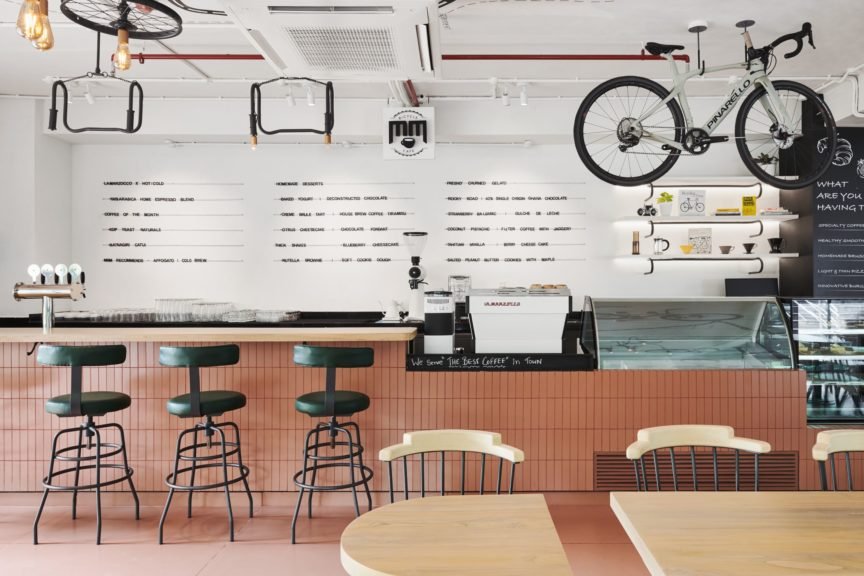 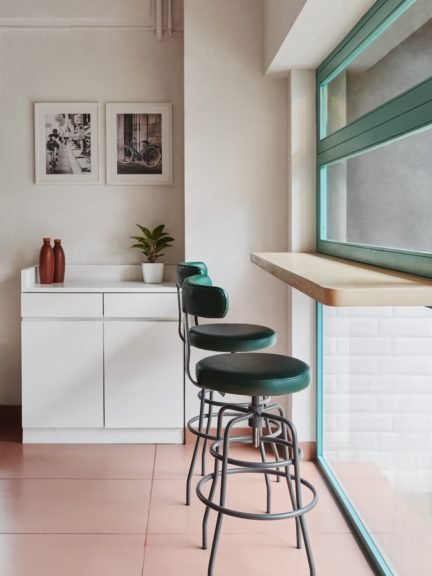 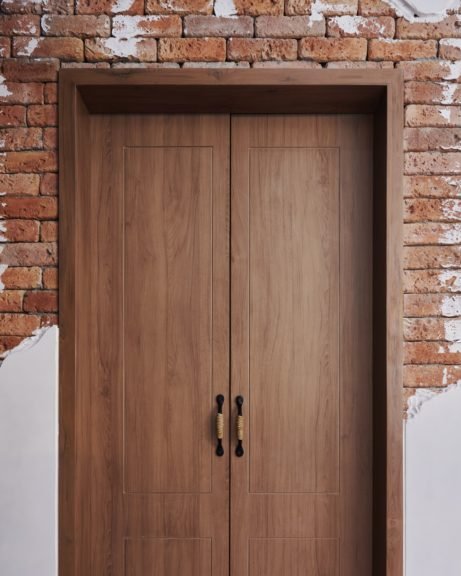 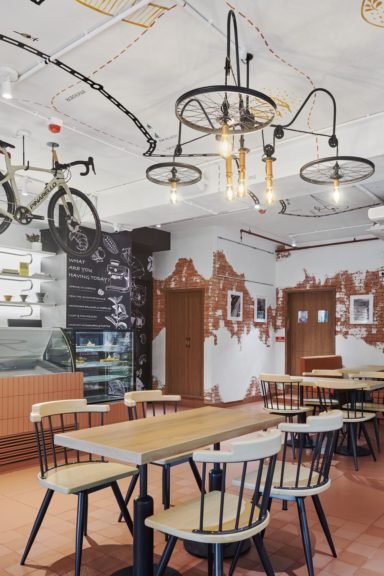 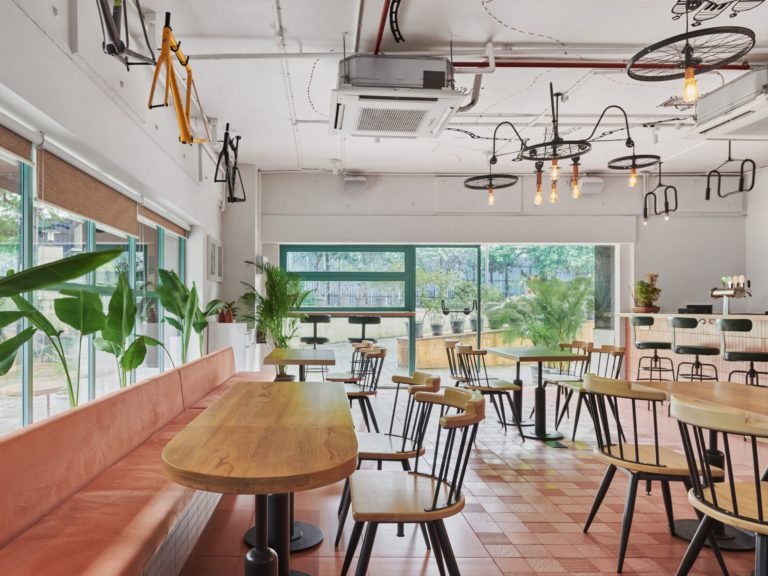 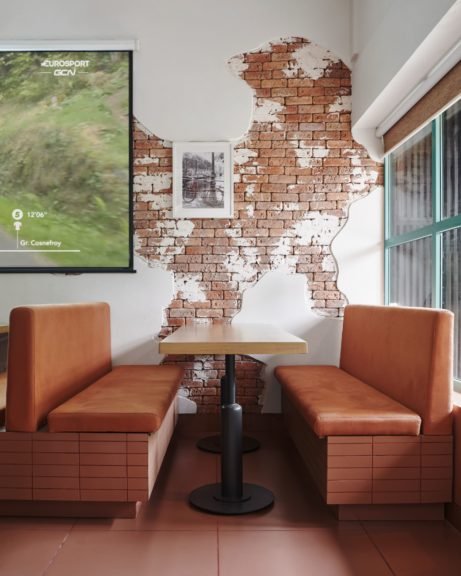 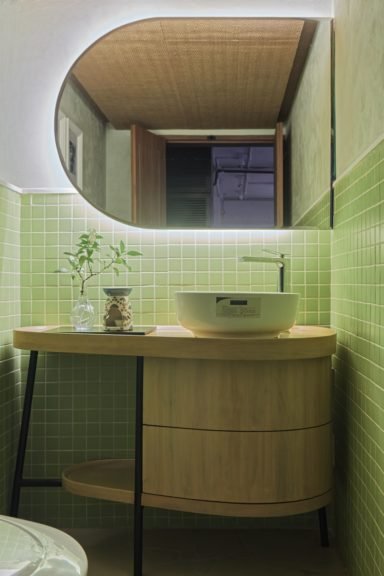 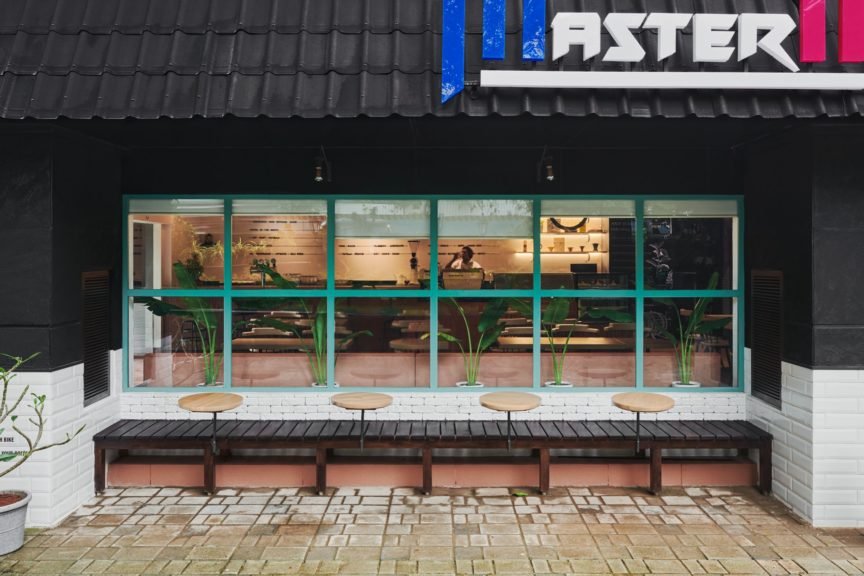 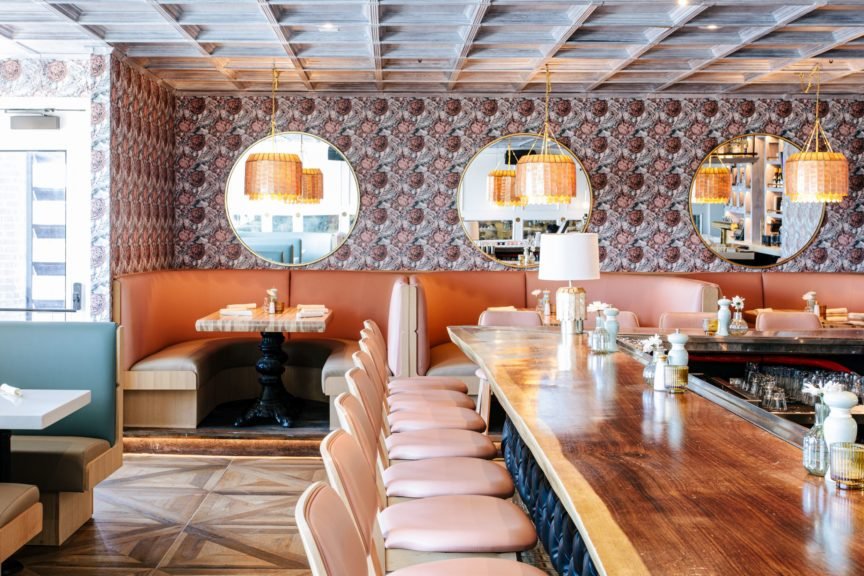 St Urban was designed by House of Form, to be reminiscent of a French brasserie with delicate... Designed by Semba Vietnam, with fit-out by Toan Dinh Company, this cafe is situated in HoChiMinh... 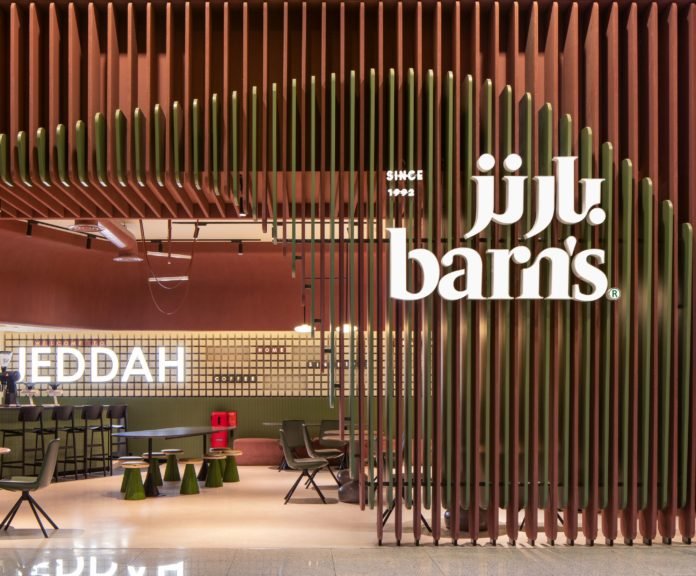 ODG successfully completed the design of their brand-new branch at the Jeddah International Airport... 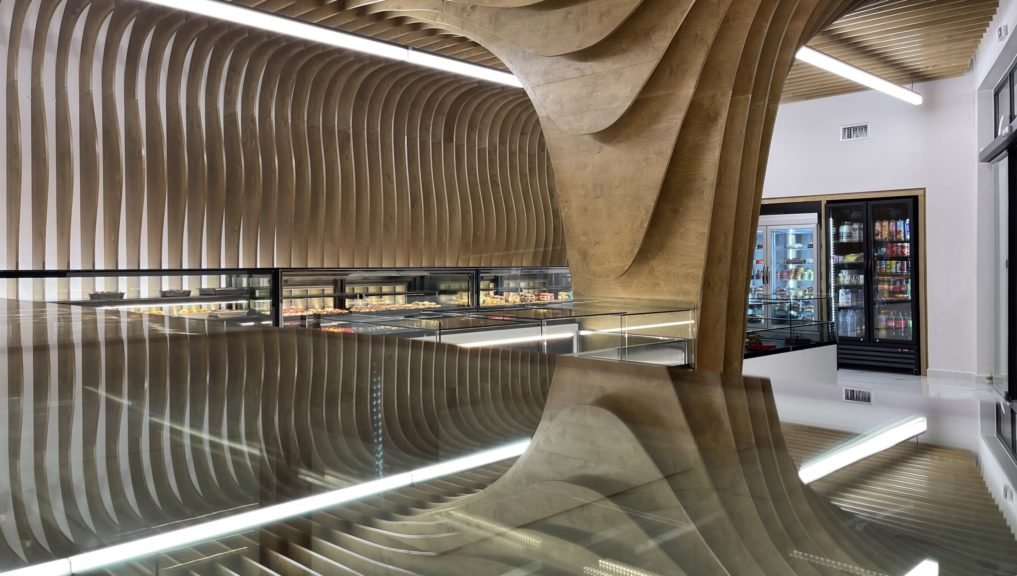 The project designed by ARCHE – Architecture & Design Lab, concerns the redesign of the... 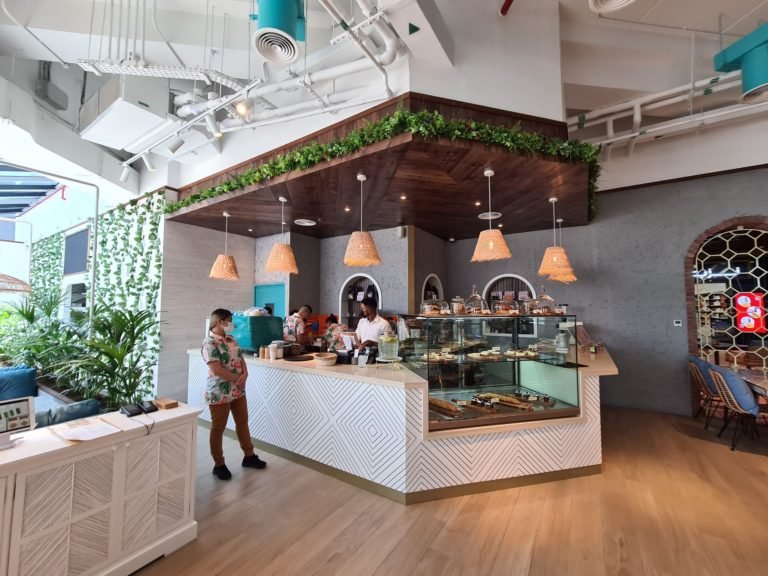 Designed and built by Klick UAE, this cafe is surrounded by Greenery all around. the interiors are... 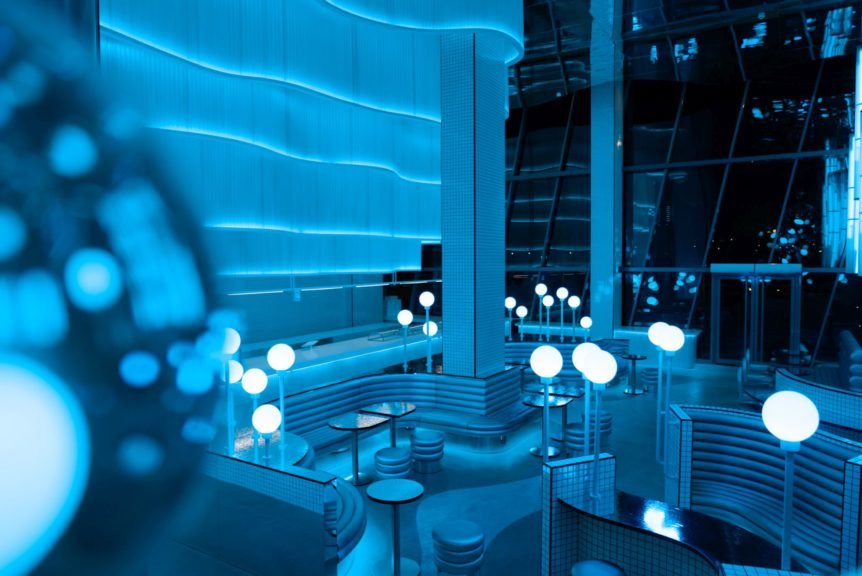 Designed by Masquespacio, In the bar zone a huge waterfall is recreated that makes clear that the...