Design by Mahsa was awarded the contract based on its wealth of experience, creativity, attention to detail and track record of delivering functional quality projects within schedule; a feat the design firm has once again replicated with Oporto’s first Middle Eastern branch which is now open for business to the general public.

The scope of design for the project included the design guideline development for all branches based on extensive market studies conducted in the GCC, as well as playing the role for Interior Design Construction Supervision. A key directive was a new and fresh interior design concept, taking into consideration local market taste in the region. The design guidelines known and used in Australia was vastly different from that which was adopted for its GCC vision. From wall finishing, to layout, seating, art and ambience, the design guidelines reflect a one hundred percent representation of the local market requirements.Design by Mahsa’s creative joint venture for the project saw a partnership with Mahsa Baraghani who also oversaw the concept creation and execution for artwork and decoration. The wall mural, visible within the rather modern and elegant interior of the restaurant tells a story about Oporto: who they are, where they come from, and everything that revolves around its popular tagline “Food for Sol.”

Oporto is widely recognised for serving sumptuous flame grilled chicken, fiery but tasty burgers and its legendary intense flavoured sauce; with all recipes first created in Bondi Beach, Australia, is now spread across all cities within the country and for the first time in the international market. 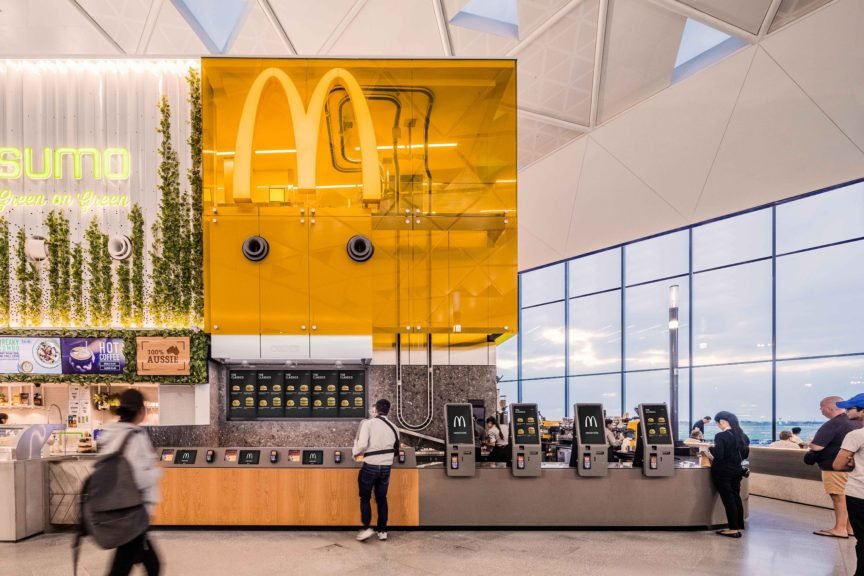 Floating above departing passengers, announcing itself from afar, is a yellow glass box; the new... 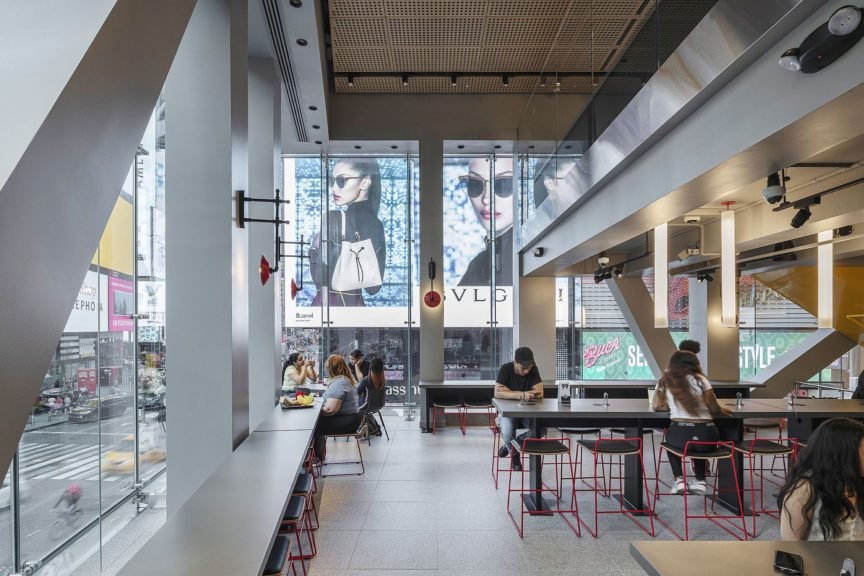 McDonald’s has just opened the first Landini designed flagship store in the UK. Built over three... 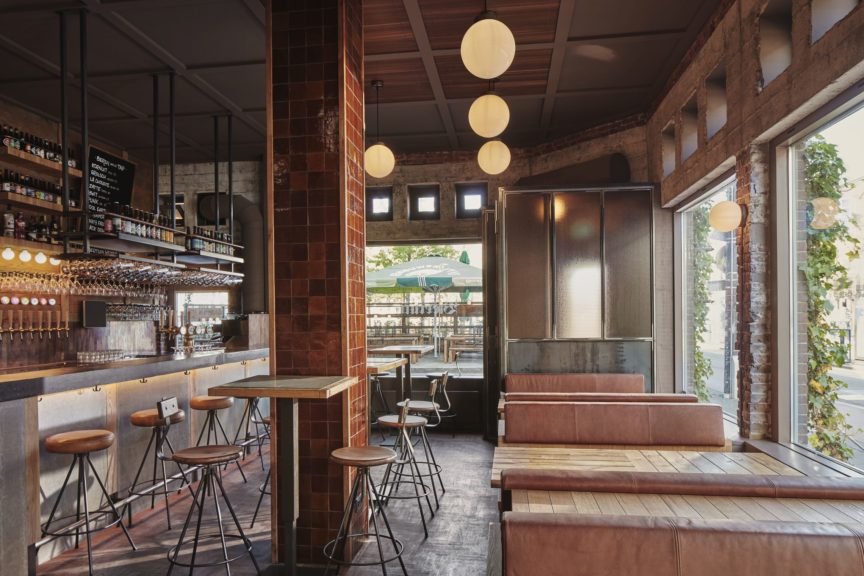 Studio Modijefsky was commissioned to design De Biertuin West on the other side of Amsterdam. The... 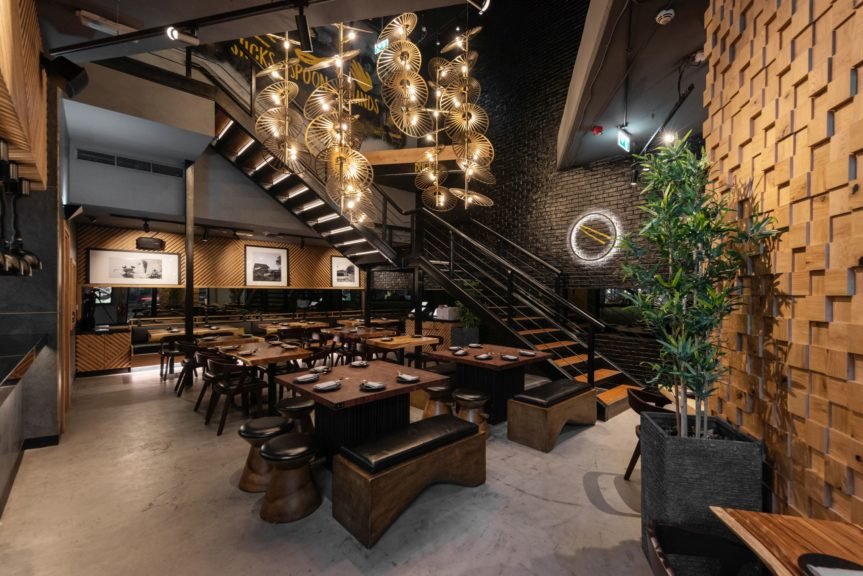 LXA were tasked with The Noodlehouse’s latest location in JBR. Designed over 2 floors, the brief... 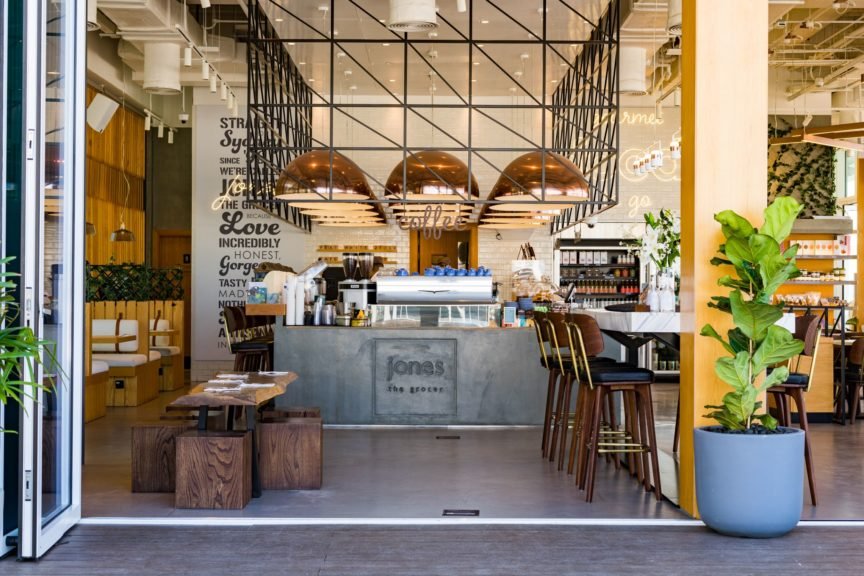 The space is essentially split into two sides, with a relaxed coffee shop for shorter stays on one,...