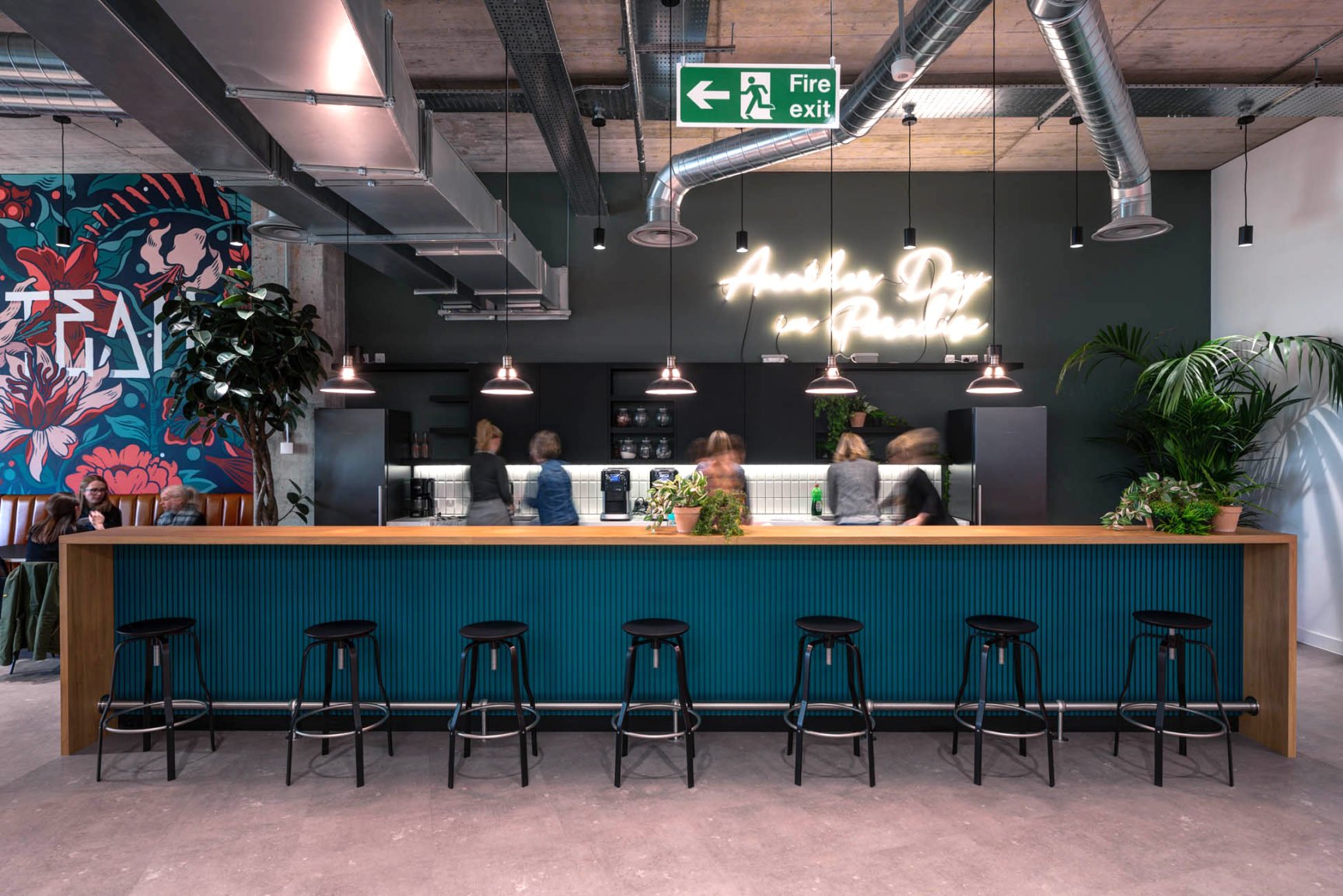 In a previous project with SLG, Modus worked with the client to produce something bold, beautiful, adventurous and functionally as well as aesthetically empowering, with a view to not only reflect SLG’s brand and values but also enhance them. They took an empty concrete shell and transformed it into a workplace paradise. SLG approached us in 2018 to design and build Studio 19, their new Cheltenham HQ. With an unshakeable commitment to championing the location and supporting the prosperity of where SLG began, SLG invested in a 30,000sqft ‘blank canvas’ – a concrete shell in Cheltenham’s Brewery Quarter, a 15-minute walk from the old headquarters.

The vision of CEO Miles Dunkley for Studio 19 was bold, ambitious and multi-faceted. They broke down the brief into four main pillars: A design that would both equally reflect and elevate the SLG brand in the minds of visitors and competitors, one that would drive employee engagement and enjoyment, that would serve as a functional and inspirational space, stimulating creative thinking and intent, that would bring a piece of paradise to Cheltenham. They worked closely with SLG to ensure the integrity of the vision, dedicating 5 months to delivering the ultimate office design. It encompassed all the traditional work spaces required for a working office: breakout areas, tea point and meeting rooms, blurred the lines between these functional elements with unexpected, engaging, instagrammable, relaxing and inspiring leisure environments, blending the creative with the cohesive and the functional with the inspiring.

These unexpected elements were bold aesthetic choices incorporated throughout the office, designed to stimulate and encourage creativity and inspiration. The orange glass box meeting room, for example, is bold, bright and eye-catching: a stimulating space for team meetings. The red shipping container staff shop adds another dramatic splash of colour that creates an invigorating contrast to the surrounding finishes.

The staircase connecting the ground floor entry with the main meet and greet zone is minimalist in design. Highlighting the raw elements of the existing space, the industrial-look entry way – with black lightweight steel stairs surrounded by red brick – also posed as a contrast to the rest of the office. As visitors journeyed up the stairs, this would create an exciting ‘reveal’ moment as they reached the top and were presented with the stunning open plan workspace.

The steel staircase is a soft meet and greet area, which has a biophilic living wall and neon ‘we are SLG’ sign, as well as a plethora of complimentary patterned furniture pieces. The tactility of finishes in Studio 19 was an important part of the design and helped to create different zones for different styles of creative thinking and working. Keen to reflect the original state of the building through use of raw finishes, such as concrete, steel and exposed ceilings; they were also keen to add in other softer more tangible finishes, such as the biophilia, soft upholstered furnishing, rugs, feature lighting and elegant joinery pieces to reflect the beauty side of SLG’s brand.

In office design, bathrooms are often overlooked and purely functional. At SLG, the bathrooms were designed as a wow factor, something that would capture people off-guard and create an inviting and engaging environment, perfect for taking selfies for social media. Reinforcing the brand sentiment in every corner of the space was critical to the overall success of the design.

Engaging, unexpected features were not limited solely to bold finish choices; rather, these features formed the backbone of the entire workspace. A key feature that Miles expressed that he would like in his new office was a ‘freeway’ that he and his team could use to skateboard through the office, that would act as a central spine for the building, connecting all the various design zones on the floor. The use of OSB flooring gave the freeway an urban, edgy aesthetic, creating a contrast against the concrete effect flooring. The use of OSB was not without its challenges – OSB flooring is difficult to lay curved while keeping the pattern of the chip wood continuous – but they rose to the challenge and worked hard to create a solution. Miles was delighted with the overall effect which allows him to skateboard from his office straight down to the other end of the studio whilst stopping and greeting his team members at various points en route, enhancing the strong sense of community that permeates through the office.

Another unexpected and engaging area that required a lot of coordination with different contractors was the Bleacher seating which incorporates the Chilli bean room and coat room. What was most important in designing this structure was figuring out how the space could be used. With space being a premium, we looked at interesting ways to implement the team-huddle seating with a meeting room through the back of the bleachers in order to effectively utilise the space. The result is a multifunctional space that works as an informal meeting area on the bleacher steps, a full staff meeting with presentation screen and the juxtaposition of a calm and introspective chilli bean room towards the back of the structure.

The full realisation of Miles’s dream was the addition of the lab and the workshop, creating a multi-functional workspace that fulfilled SLG’s every need. In Studio 19, inspiration and creativity in the meeting room can lead instantaneously to new discoveries and experimentation in the lab: a seamless and powerful workflow. The SLG project represented a rare and exciting prospect; an opportunity to allow creativity and inspiration to truly shine, with a view towards creating one of the most stunningly unique workspaces in the country. We feel that the project was a resounding success, with tremendous satisfaction for both SLG and Modus.

The reaction of SLG employees on moving into their new office speaks volumes: ‘Life is not measured by the number of breaths you take, but rather by the moments that take your breath away,’ said Jeff Veiro, Head of Research and Development at SLG. ‘That was one of those moments for me, seeing this tremendous environment we’re going to be working in going forward.’ A little piece of paradise has been brought to Cheltenham. 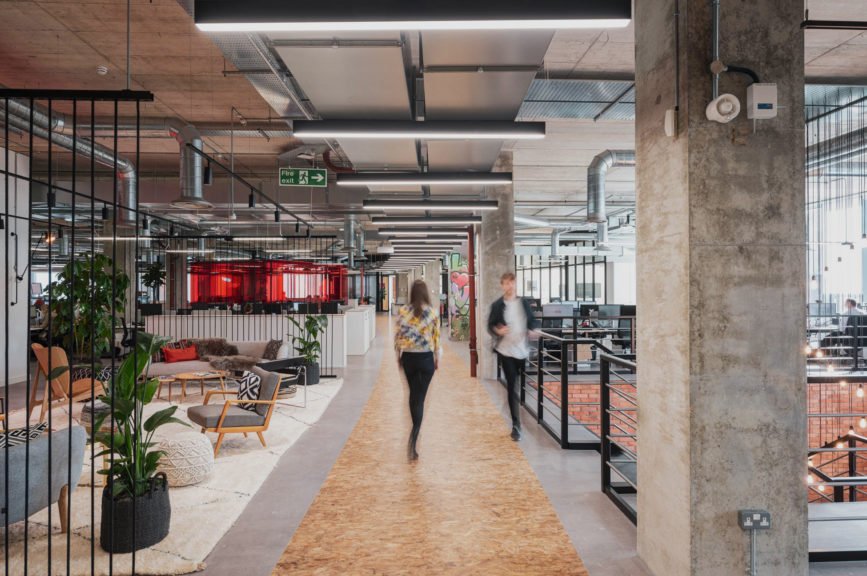 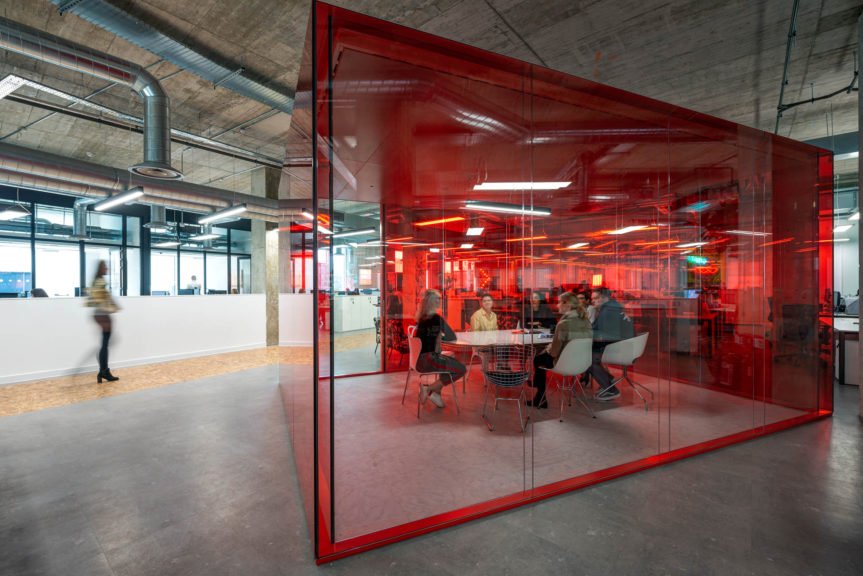 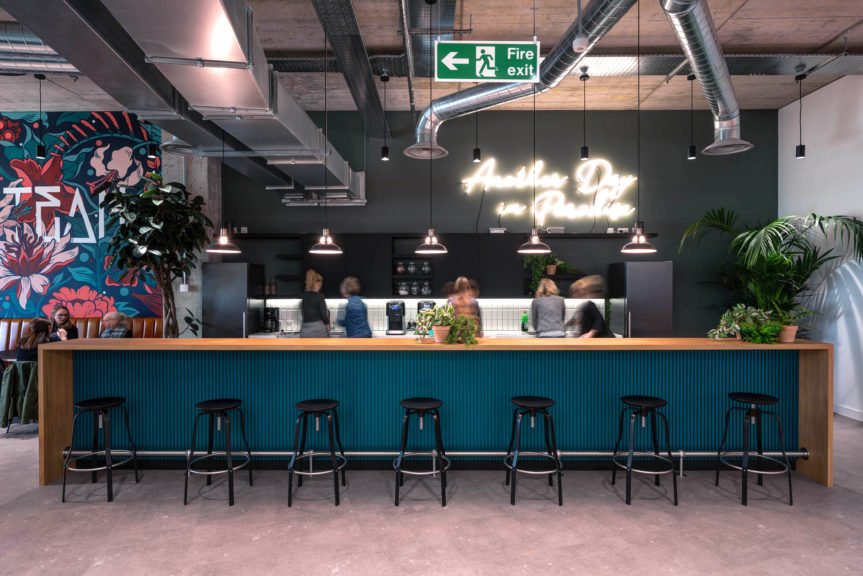 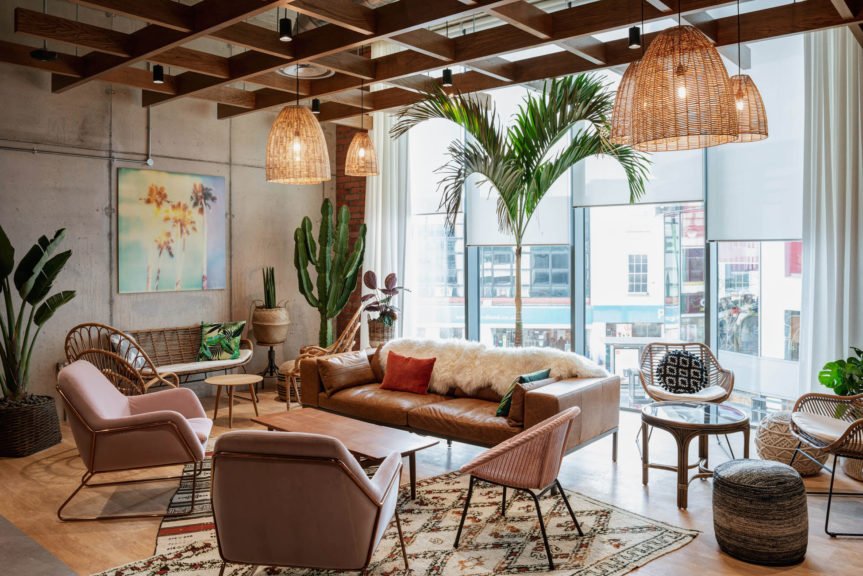 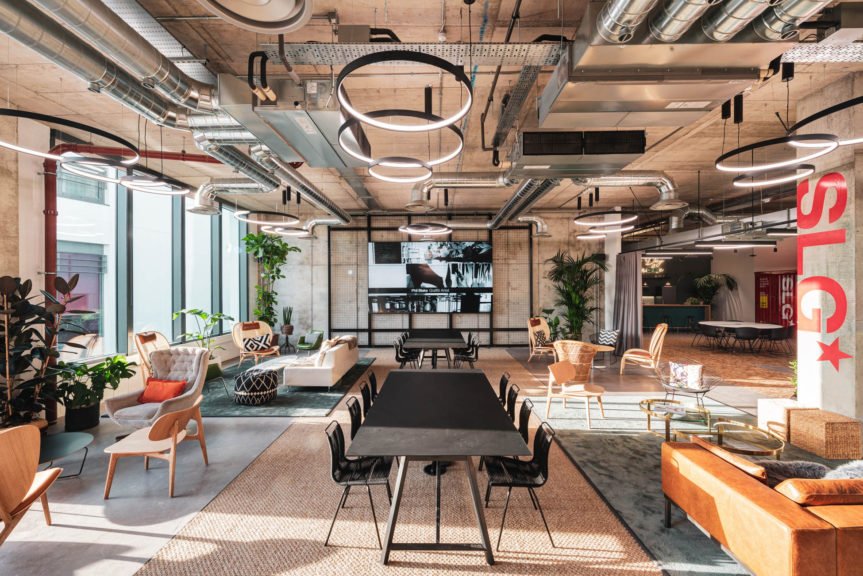 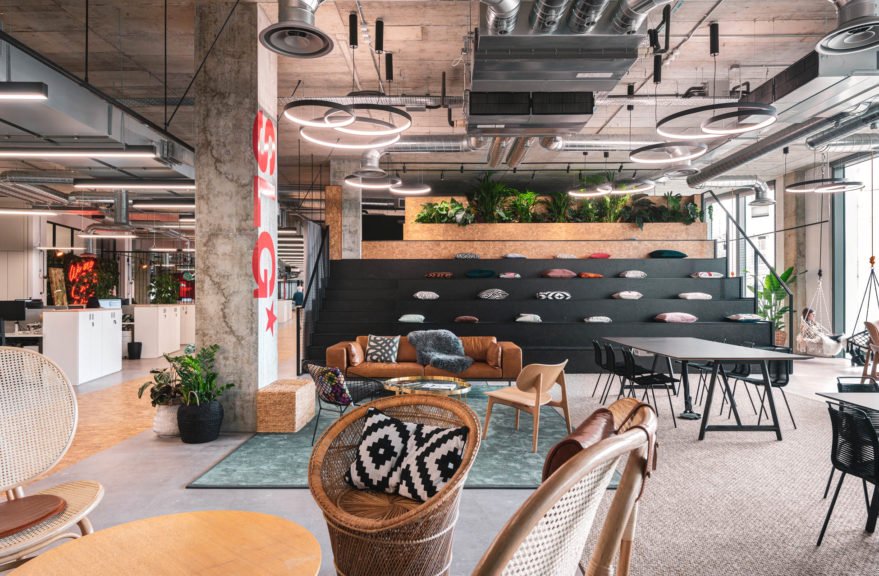 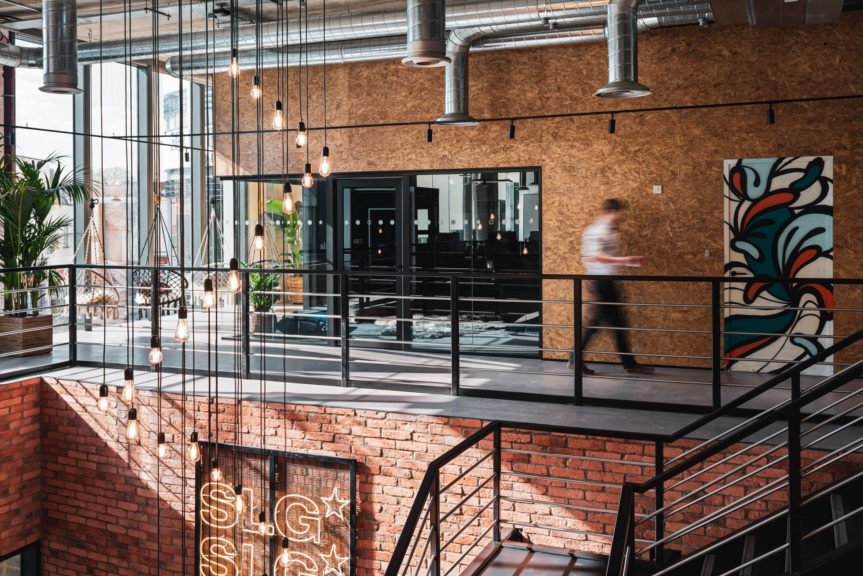 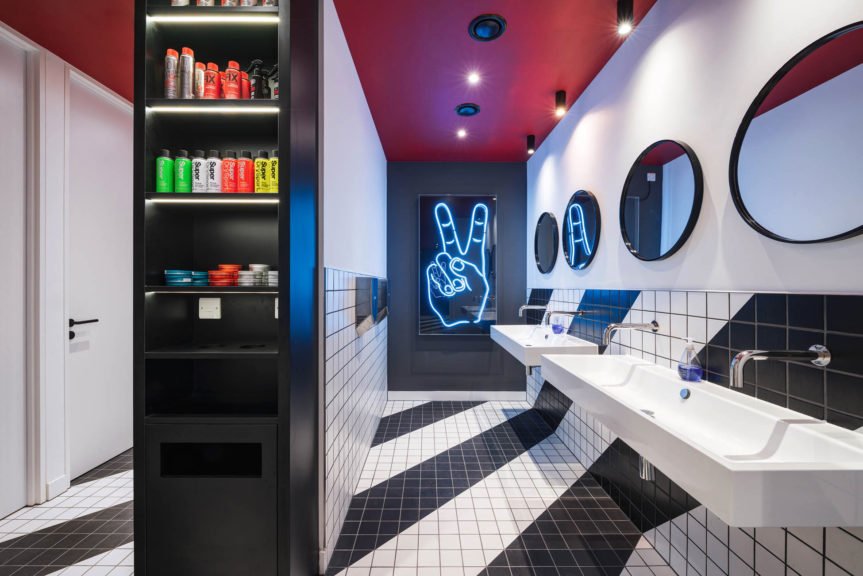 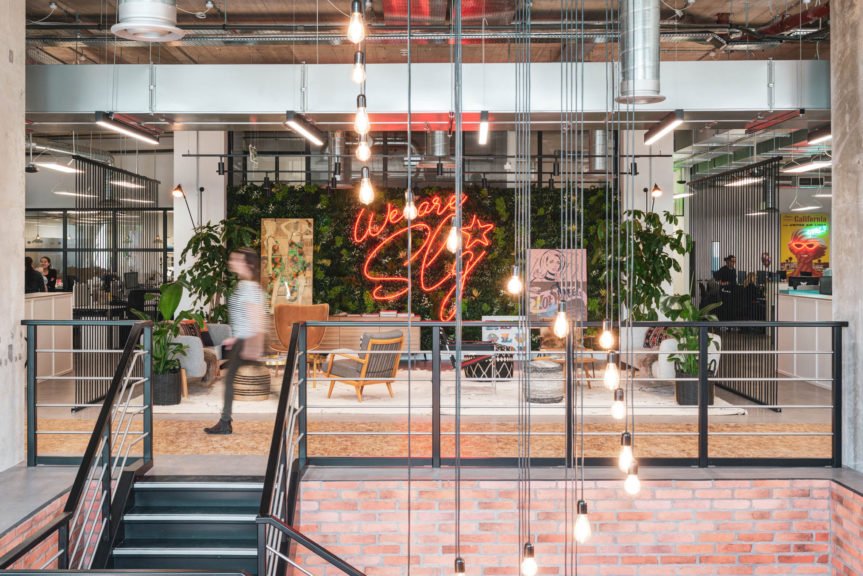 Dining Height Side Chair Wood Base (DSW) is a mix of plastic and wood lends the classic design a... 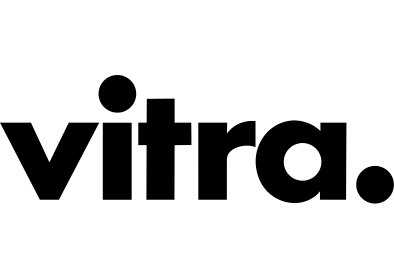 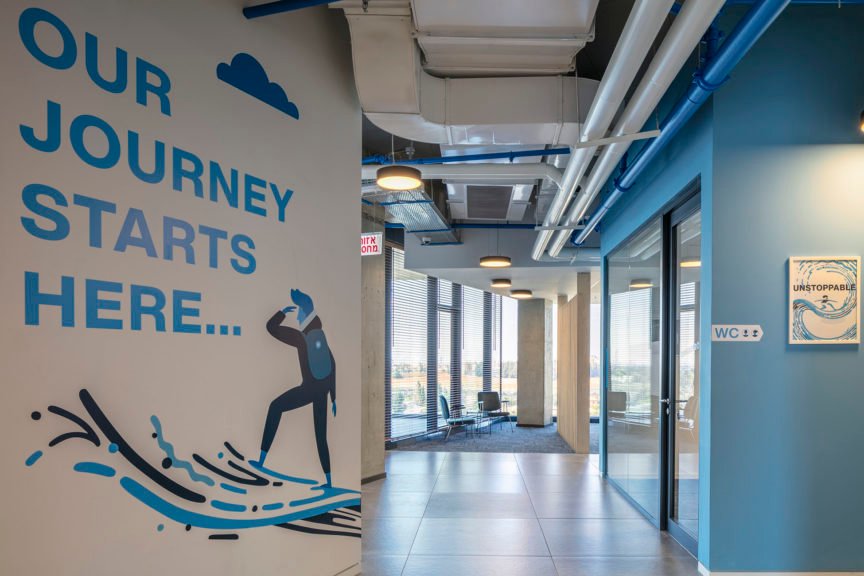 Designed by Toledano and fit out by David Raz, this office is situated in the Kfar Saba. The... 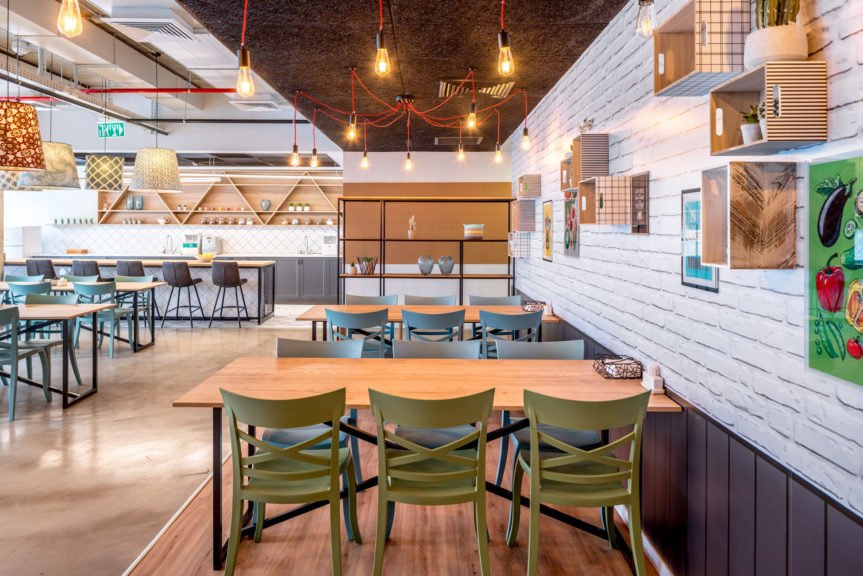 Fit out by David Raz, this office is situated in the Netanya. The overall design is contemporary... 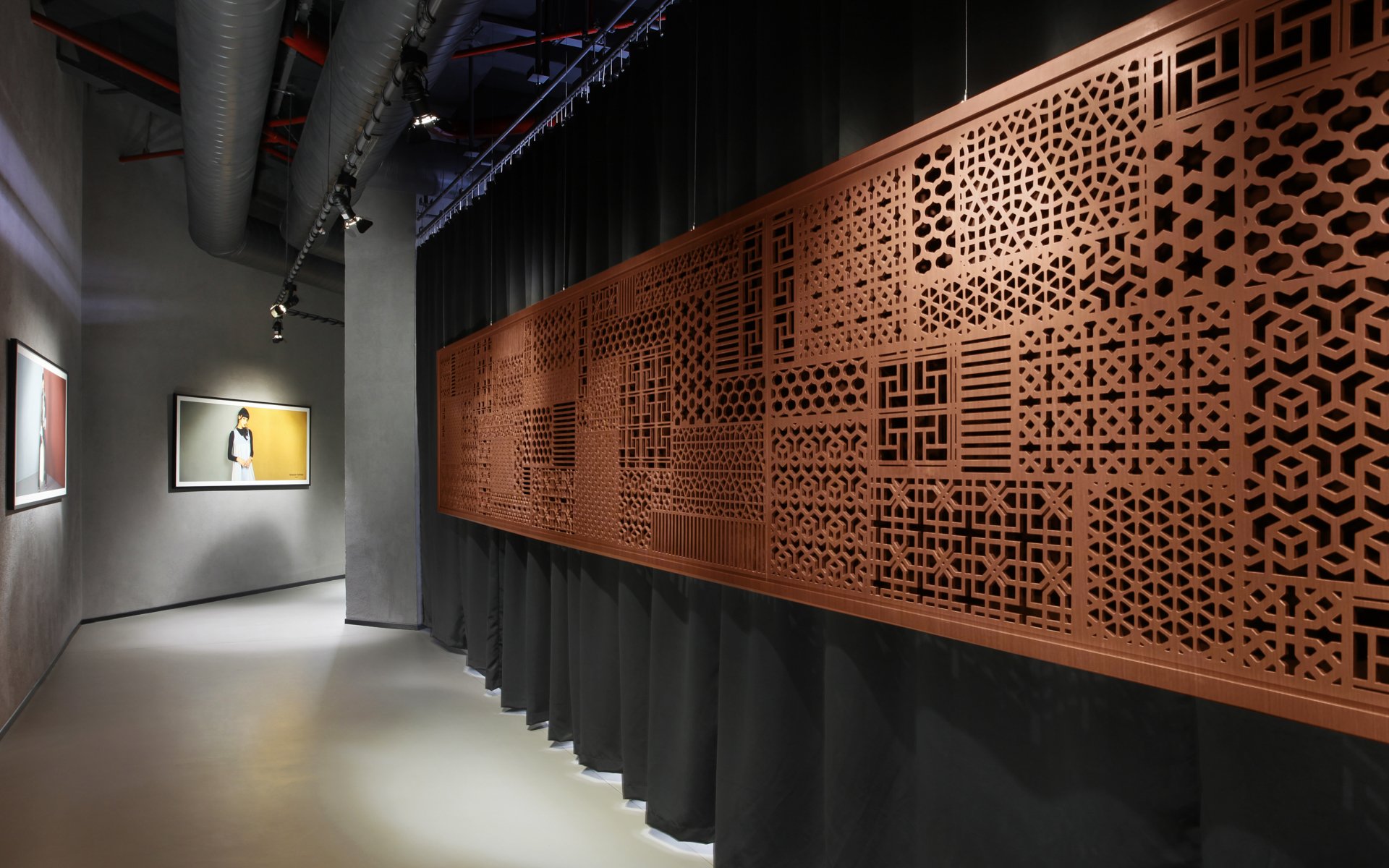 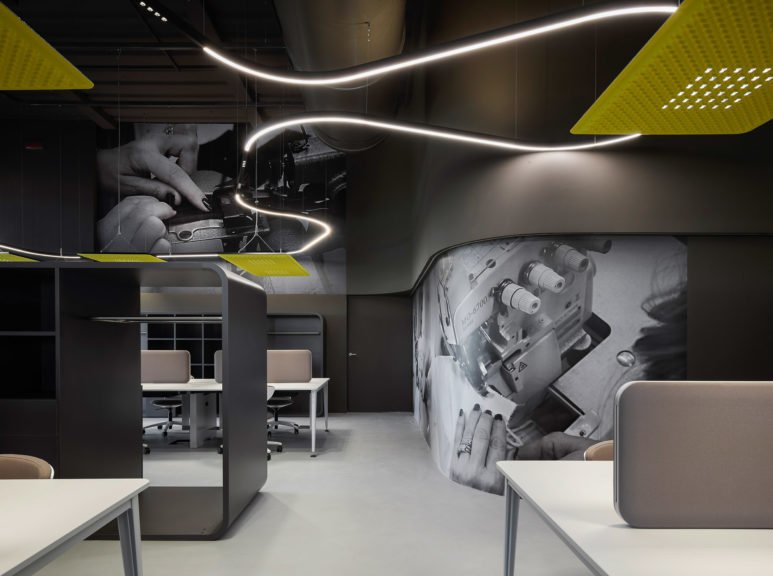 The offices of Uffici Giuntini in Peccioli have been illuminated by Artemide using Eggboard at the... 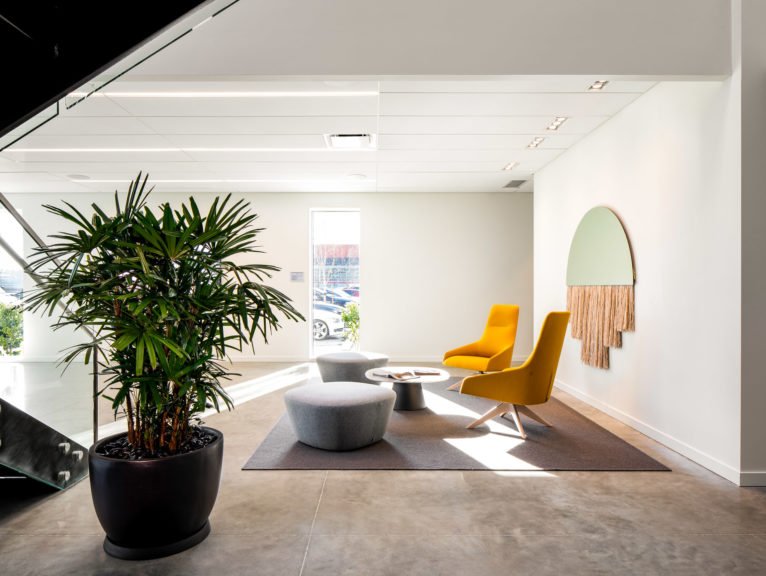 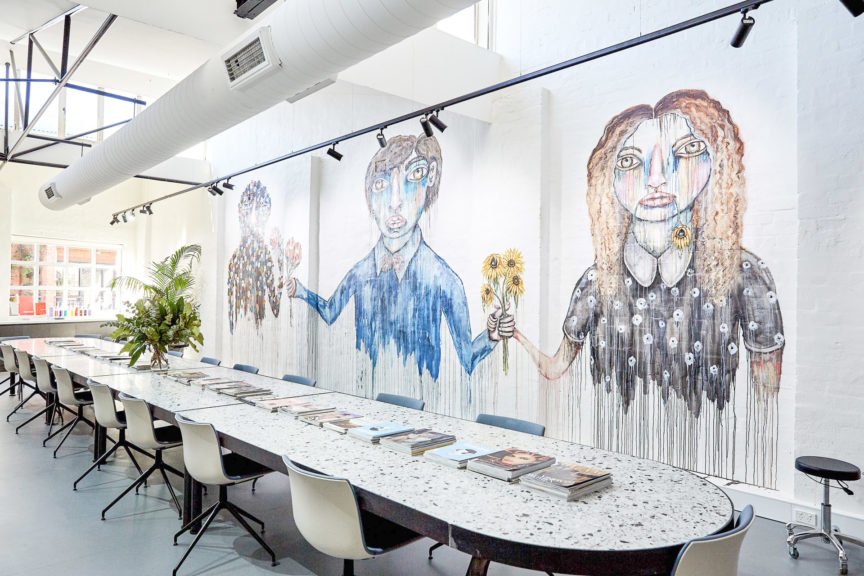 EdwardsAndCo is Australia’s leading hair agency, housing the countries most innovative and trend...