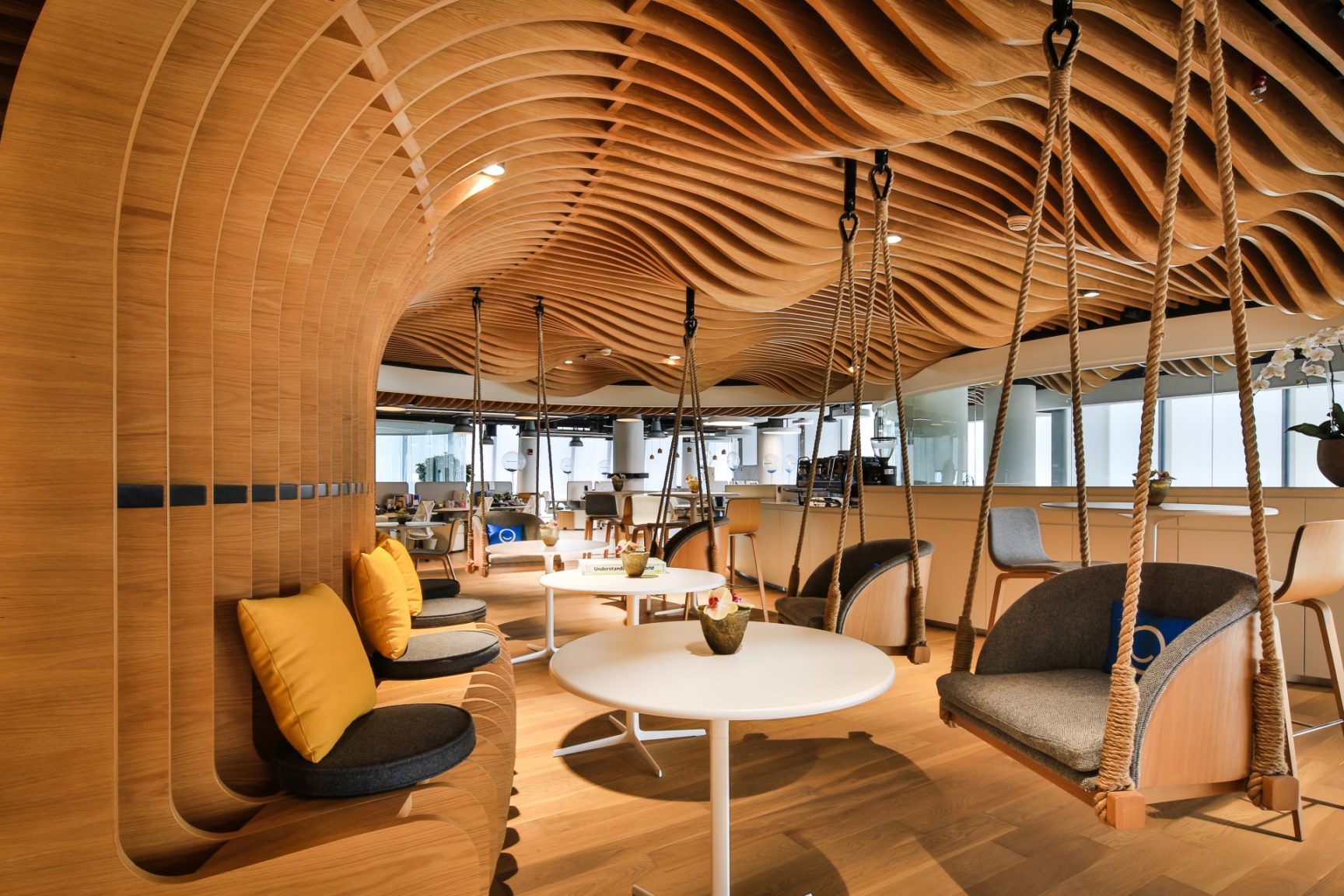 The Smart Dubai initiative is anchored in the vision of His Highness Sheikh Mohammed bin Rashid Al Maktoum to make Dubai the happiest city on earth. Led by Dr Aisha Bin Bishr, Director General of Smart Dubai Office, the government entity was established to initiate and promote an efficient, seamless and impactful city experience. Collaborating with the private sector and government partners, with no place to call home, DWP was tasked with the design of their flagship office in d3 while Summertown Interiors took care of the project’s fit-out. While Smart Dubai spends their day creating initiatives on how to make Dubai a happier environment, DWP’s challenge was to create a happier working environment for the team.

A concept story taking inspiration from shifting dunes to create an organic structure while emphasizing movement and fluidity through the office space; a concept based upon taking influences from the elements.

In terms of the virtual reception, the aim was to maintain Smart Dubai’s philosophy of efficient working by having an un-manned reception. A visitor will interact with the virtual reception by typing in their name and selecting the member of staff they are visiting. The member of staff will be notified by sms. The visitor will then be directed to the relevant meeting space, the desert oasis, or asked to wait at reception.

The work space is characterized by landscaping pockets of live landscaping throughout the office. This includes artificial trees made out of dried bark and planter pods for each individual staff member to nurture. Plants have been specifically chosen for their added value to the environment; for example, spathiphyllum lilies were chosen as they act as a natural air purifier.

DWP considered LEED in every step of the design process. Light sensors will turn lights on only in spaces that are being used and only at certain times of the day and CO2 sensors monitor the level of air flow within the meeting rooms. 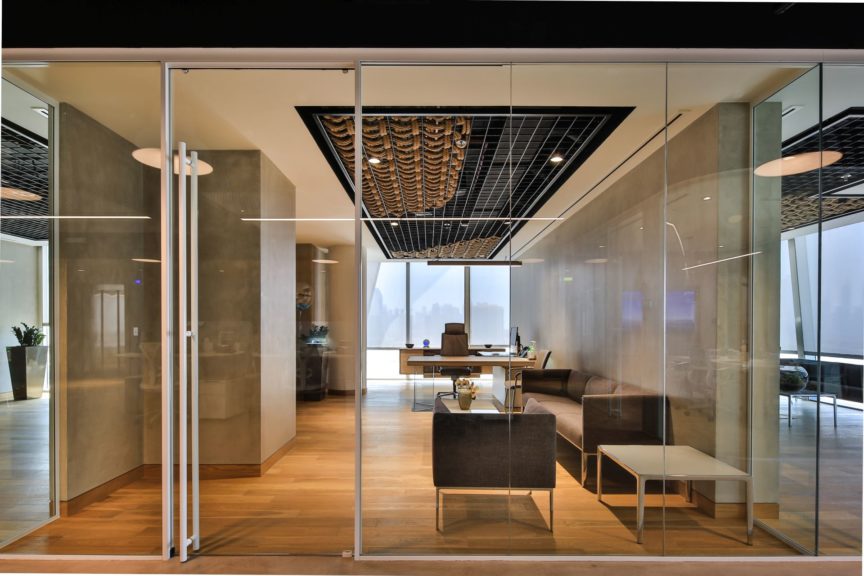 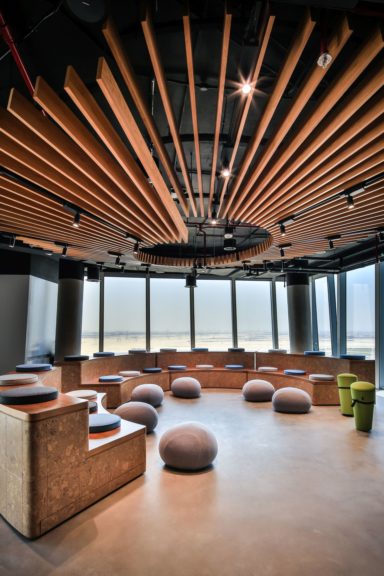 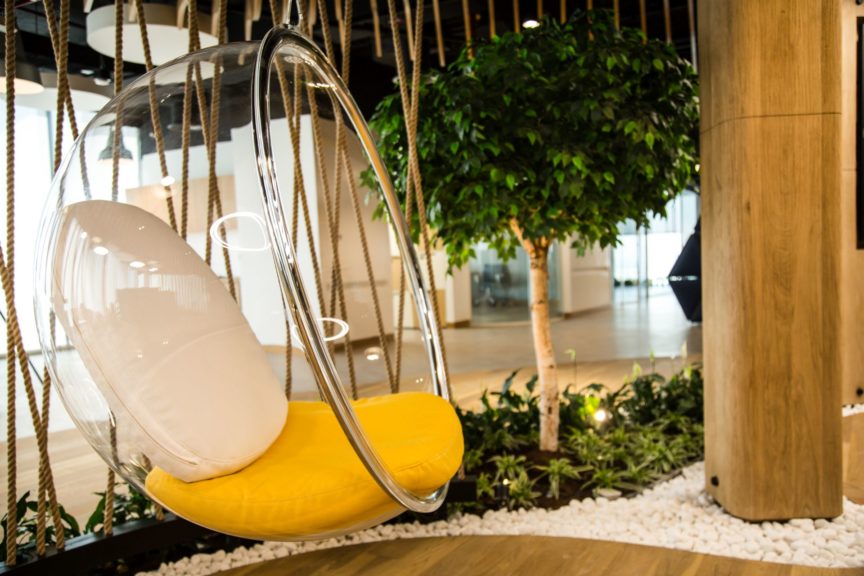 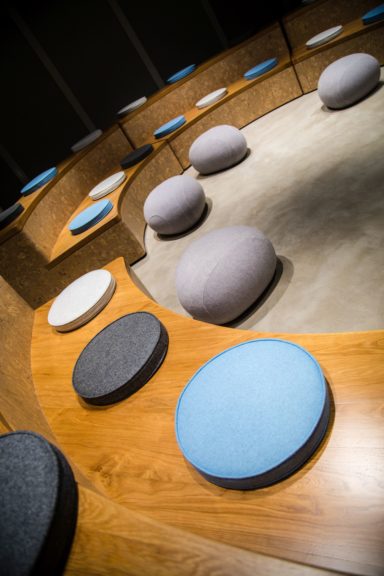 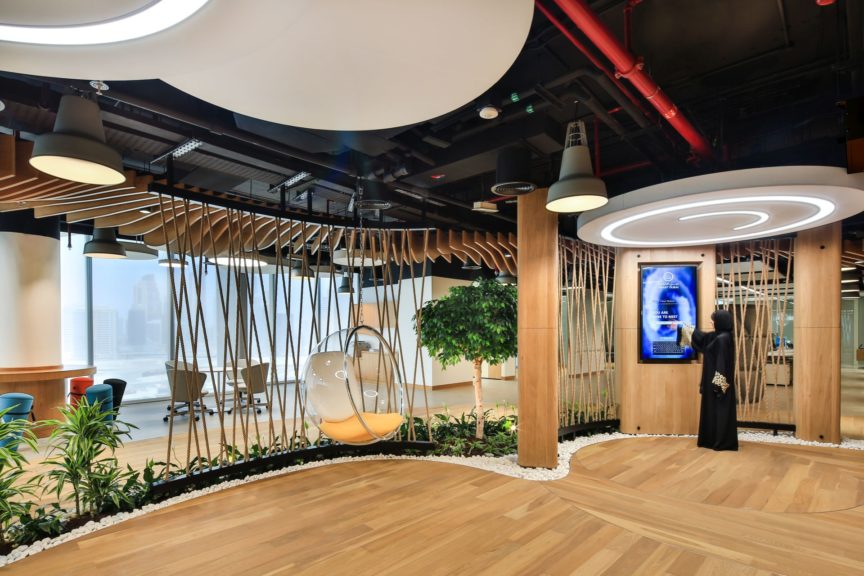 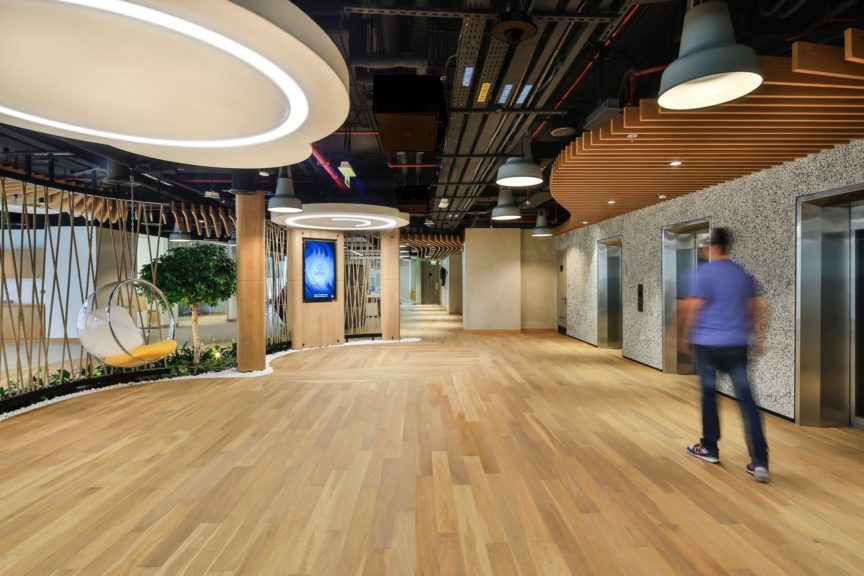 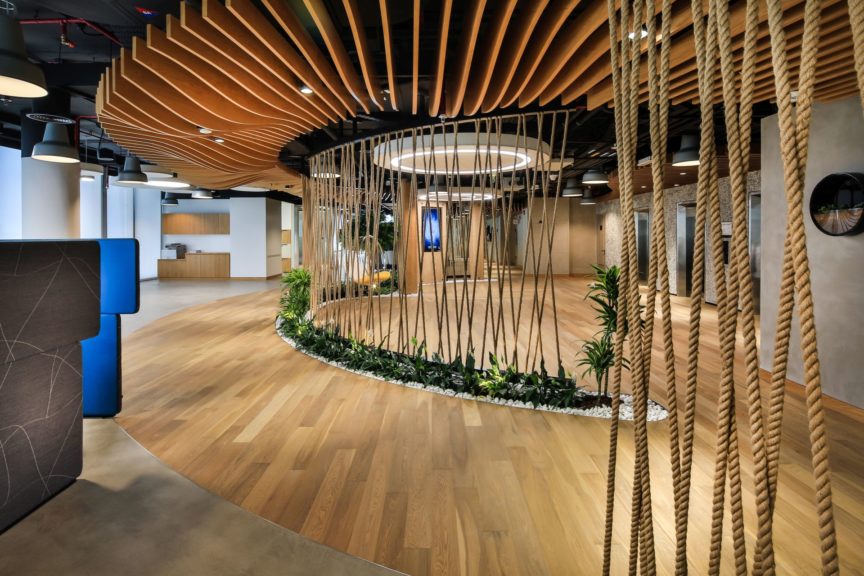 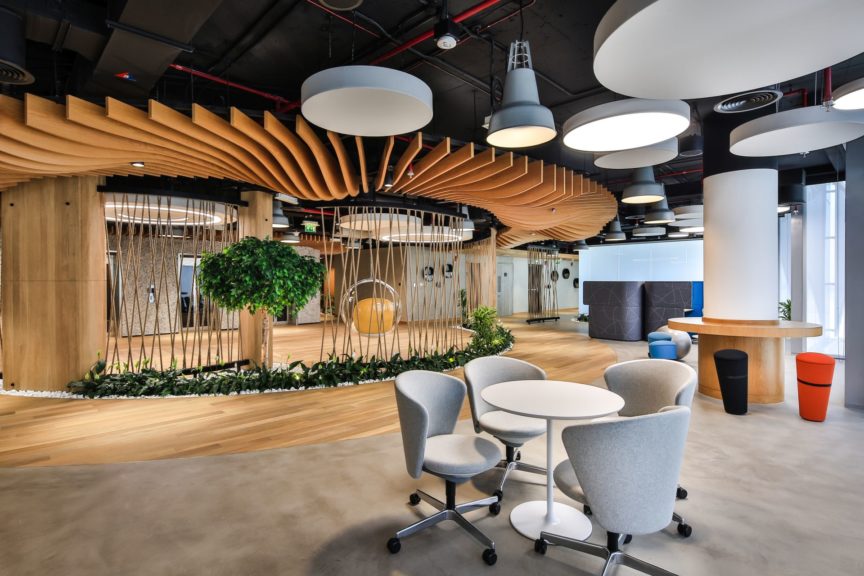 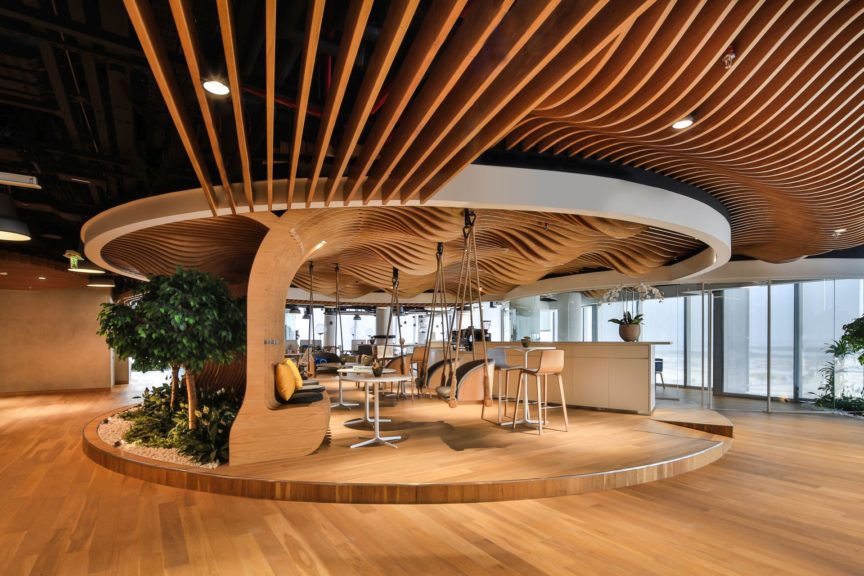 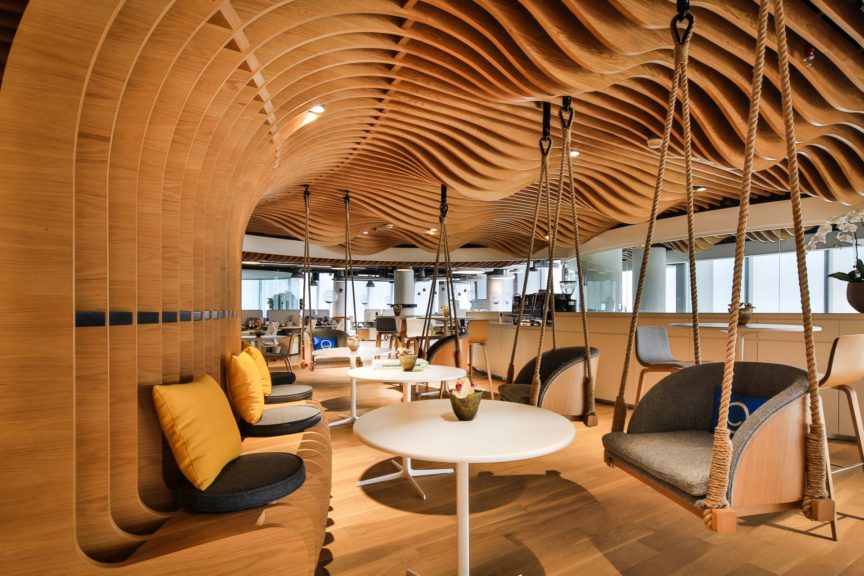 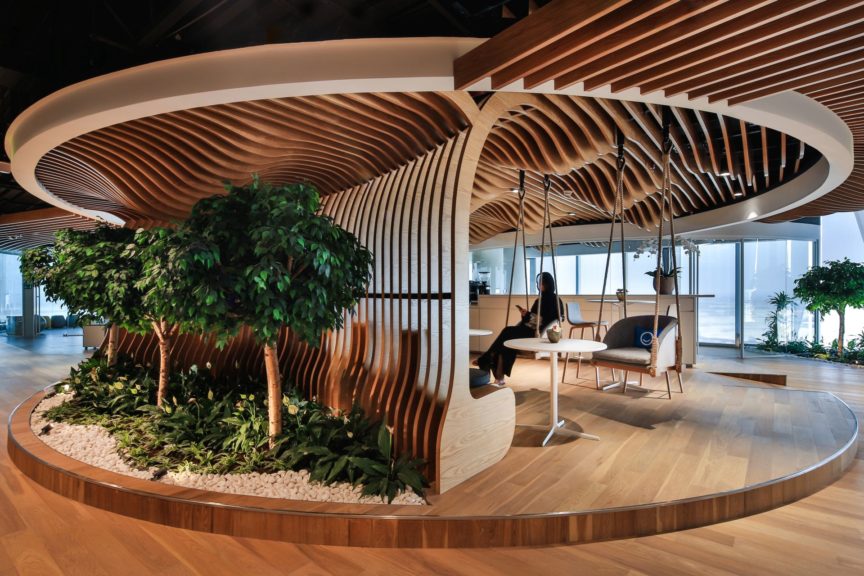 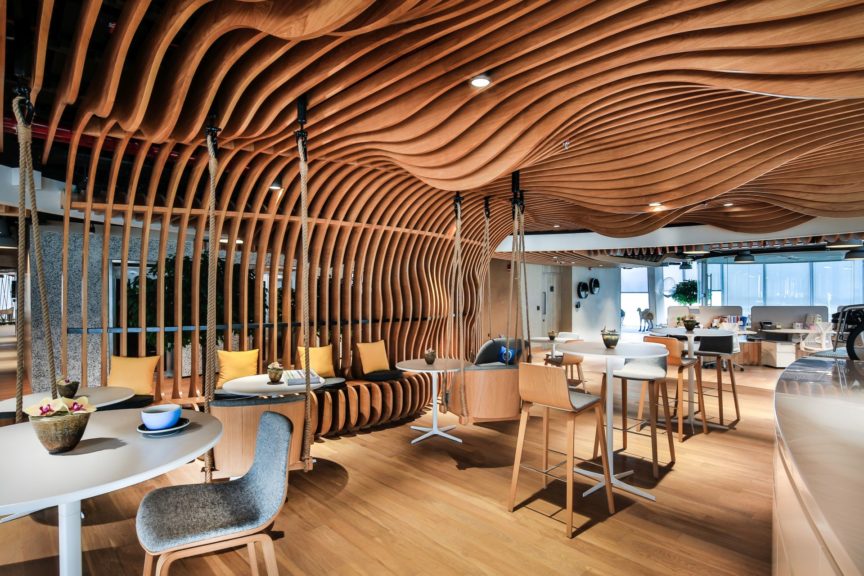 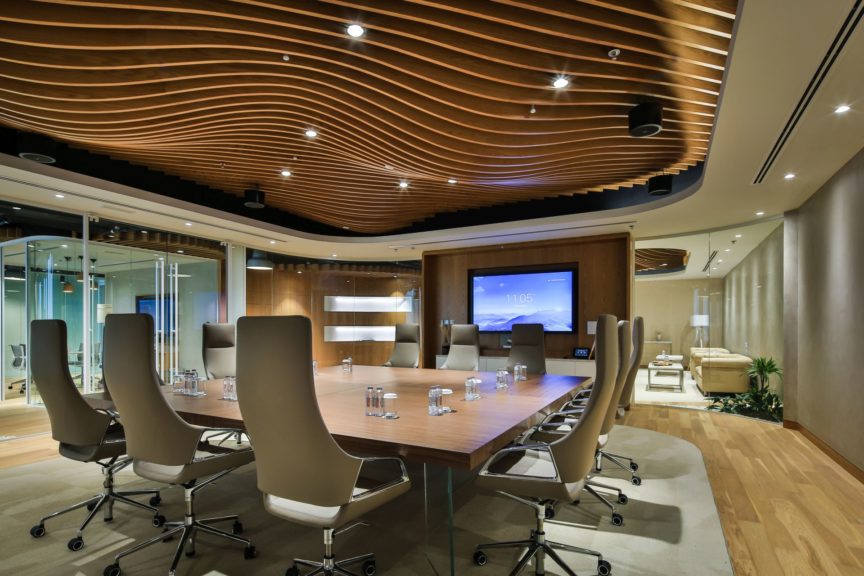 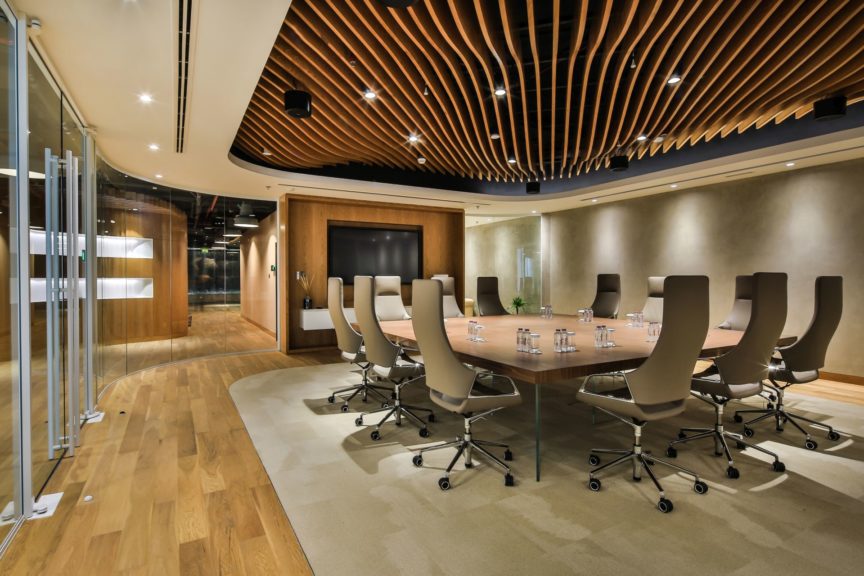 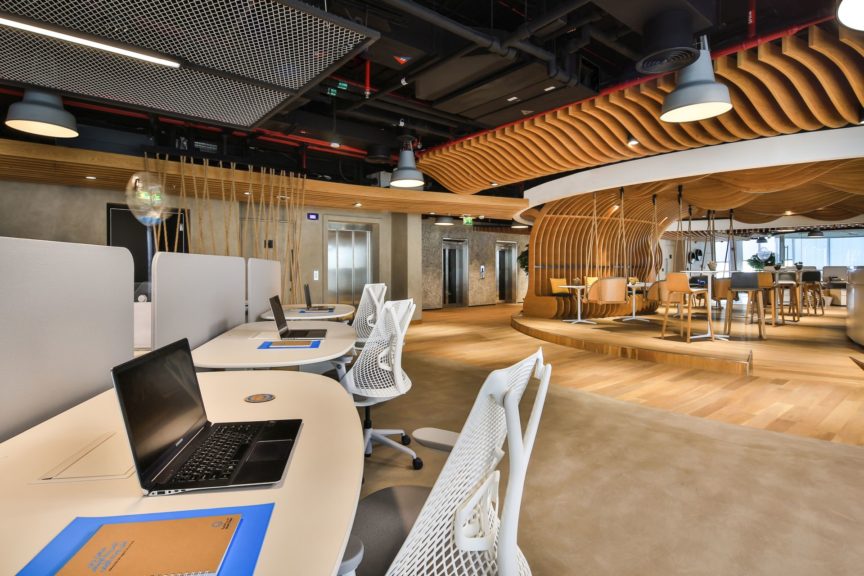 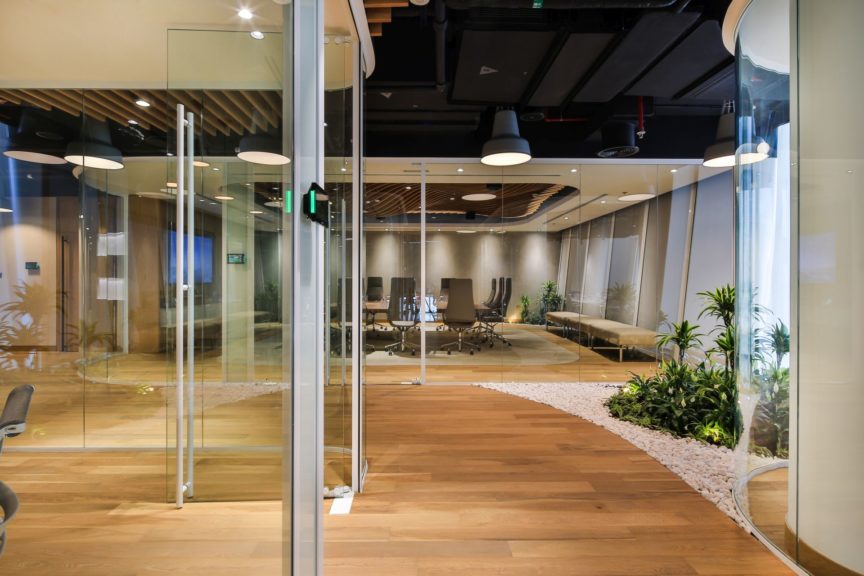 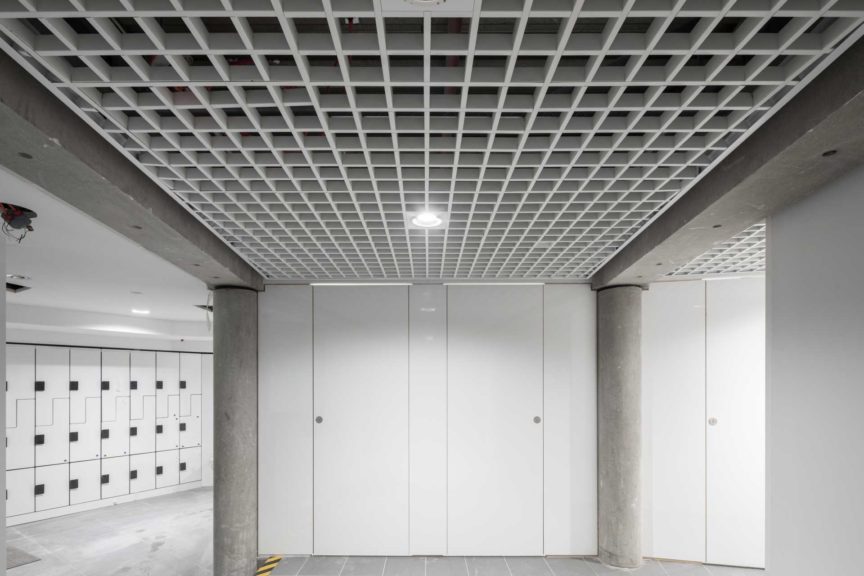 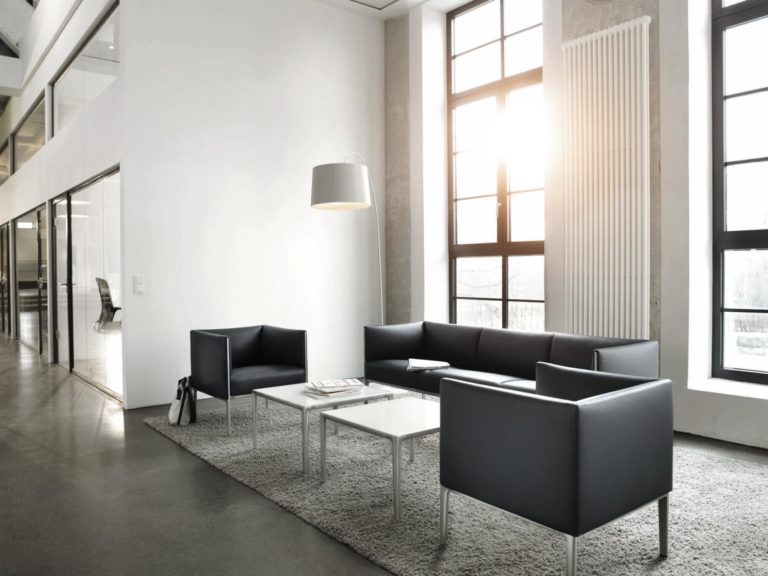 The chair and sofa range blends a prestigious appeal with exceptional design and comfort that’s... 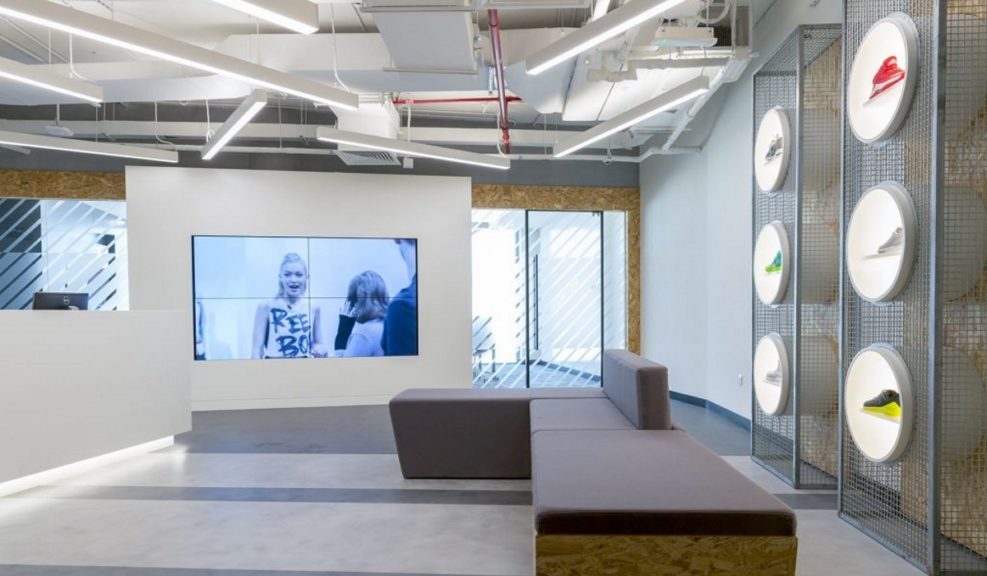 Optima 117 Plus is a timelessly elegant single glazed partition system which can be used to make... 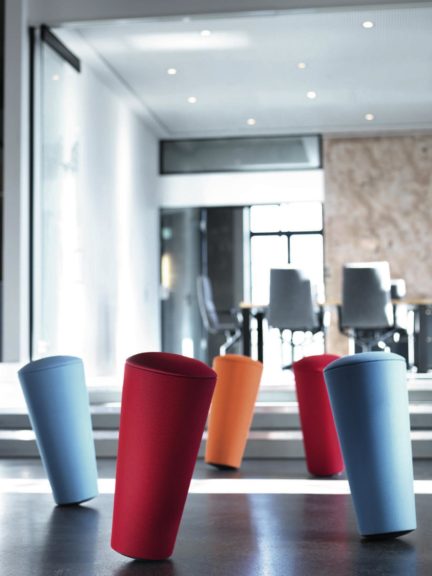 Stand-up –a stylish, fun and new mover… Placed in relaxed groups, nobody can resist... 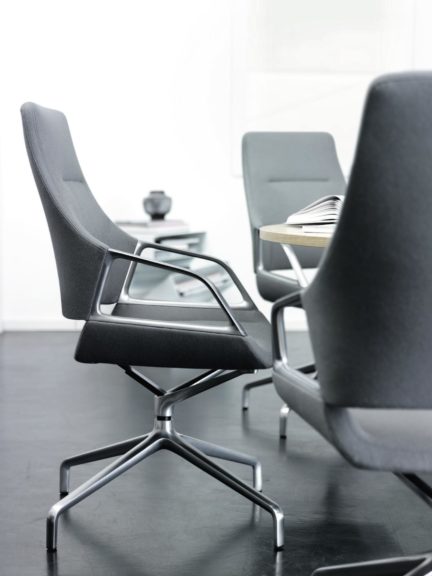 The choice of premium-design conference chairs has remained virtually unchanged for decades, so... 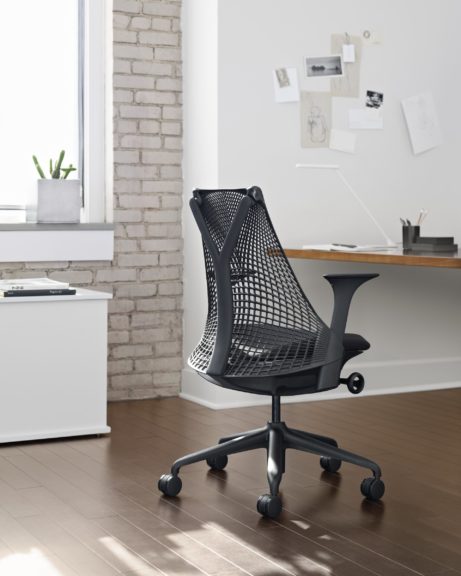 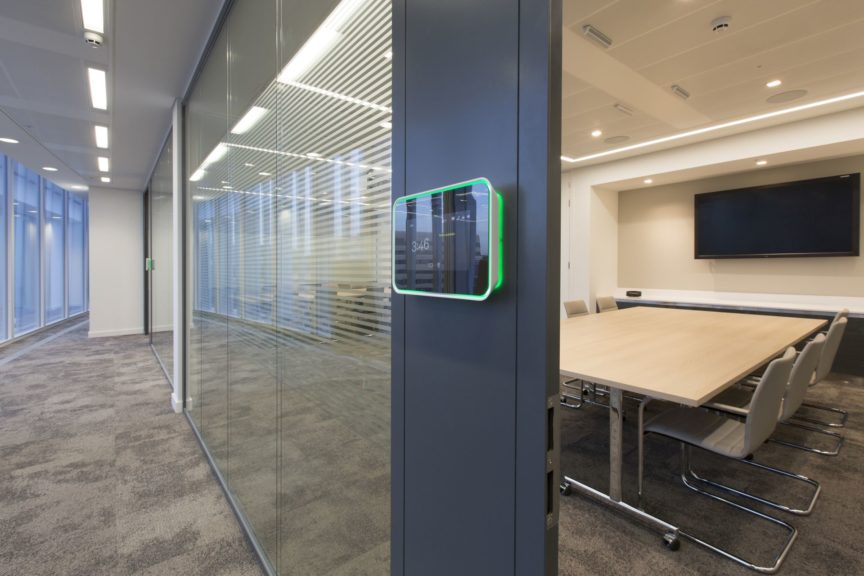 Our bespoke tech panels are individually designed to fully integrate with our glazing systems,... 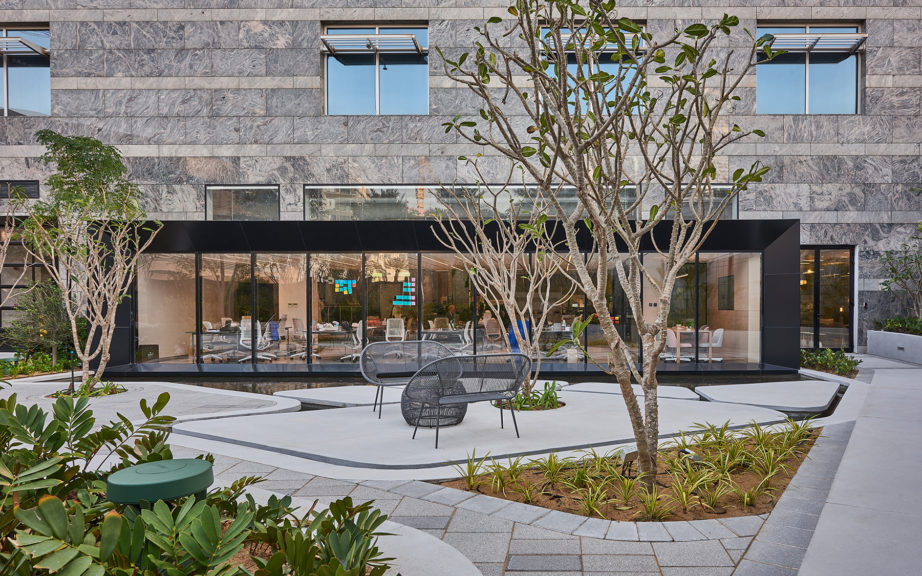 The actual laboratory of Robotics Lab is minimal with an industrial vibe, while the office spaces... 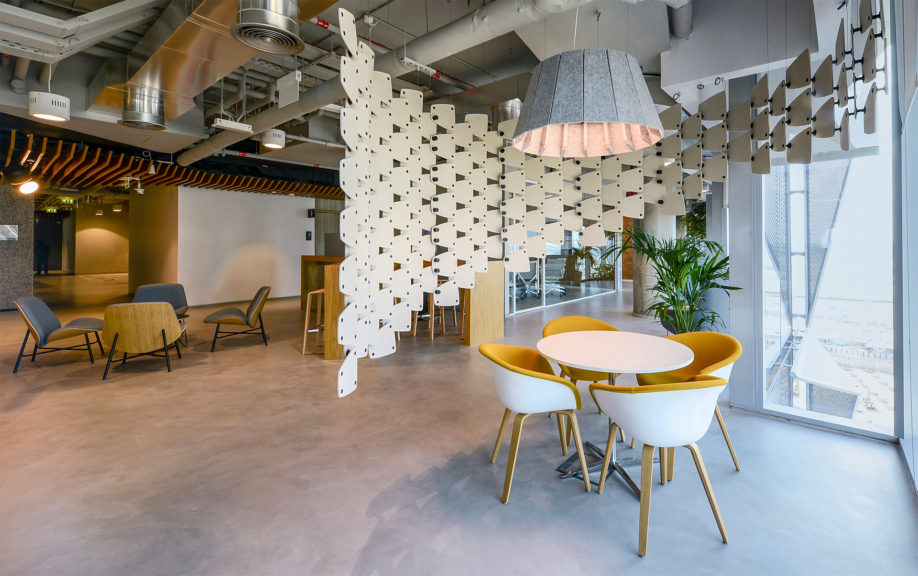 Bluehaus Group and Bluehaus Engineering were appointed by Dubai Smart Government Establishment to... 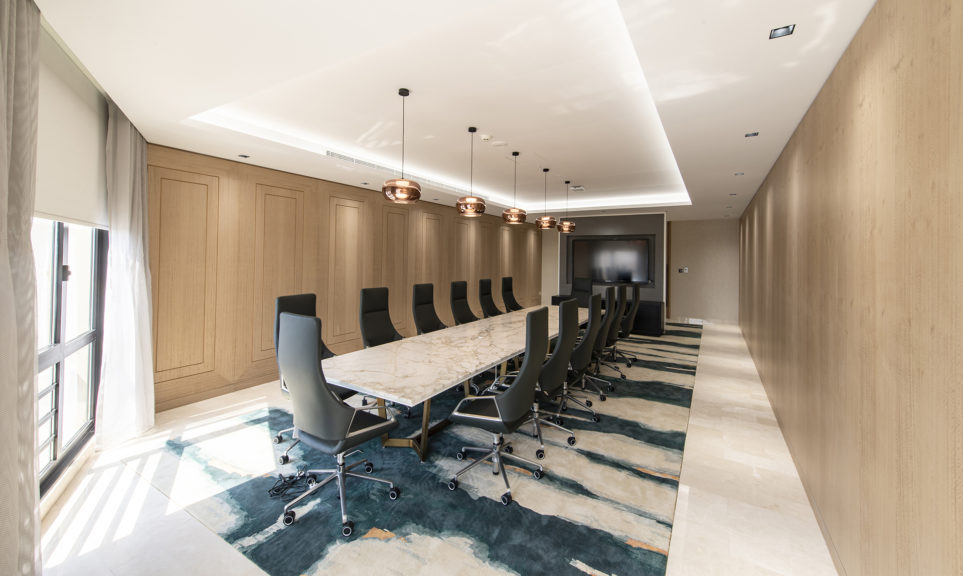 Design Worldwide Partnership (DWP) were appointed to redesign two floors of this private... 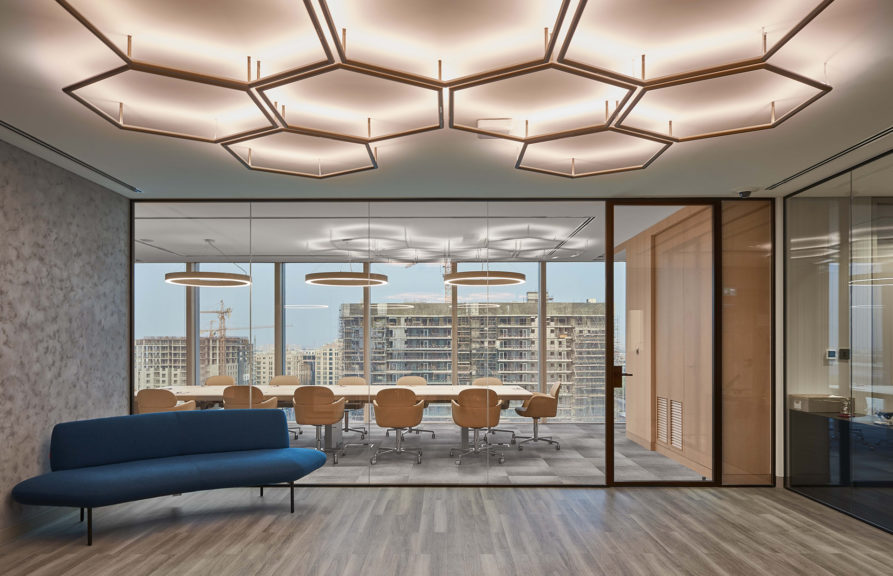 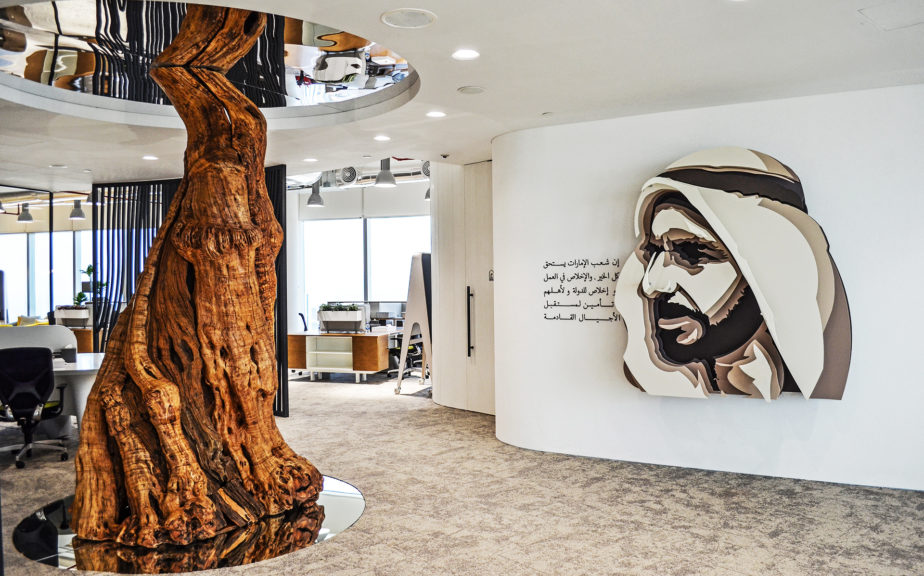 Kart Group was commissioned to design the Ministry of Cabinet Affairs Office in Dubai, and... 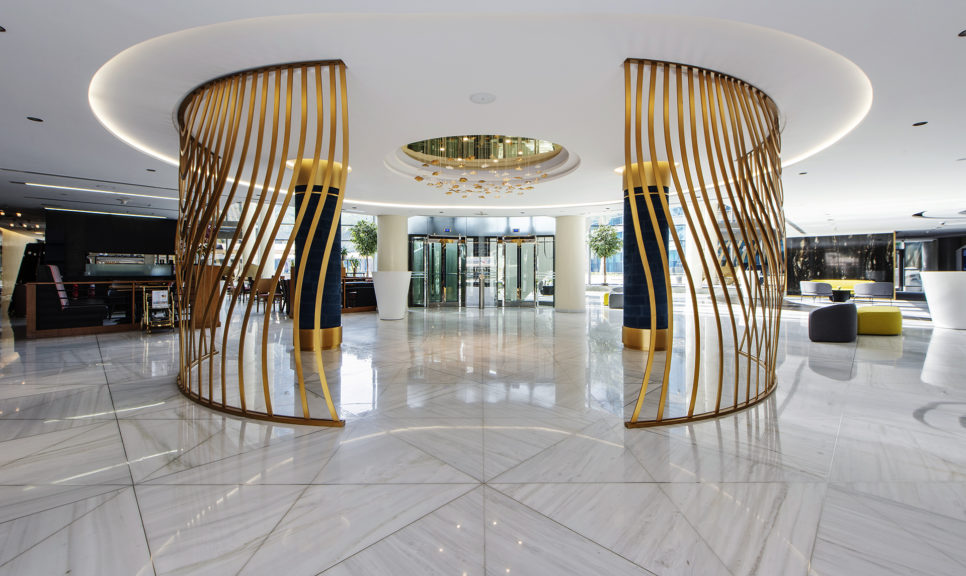 Broadway Interiors was commissioned to redesign the DAFZA arrival space into a smart and innovative...