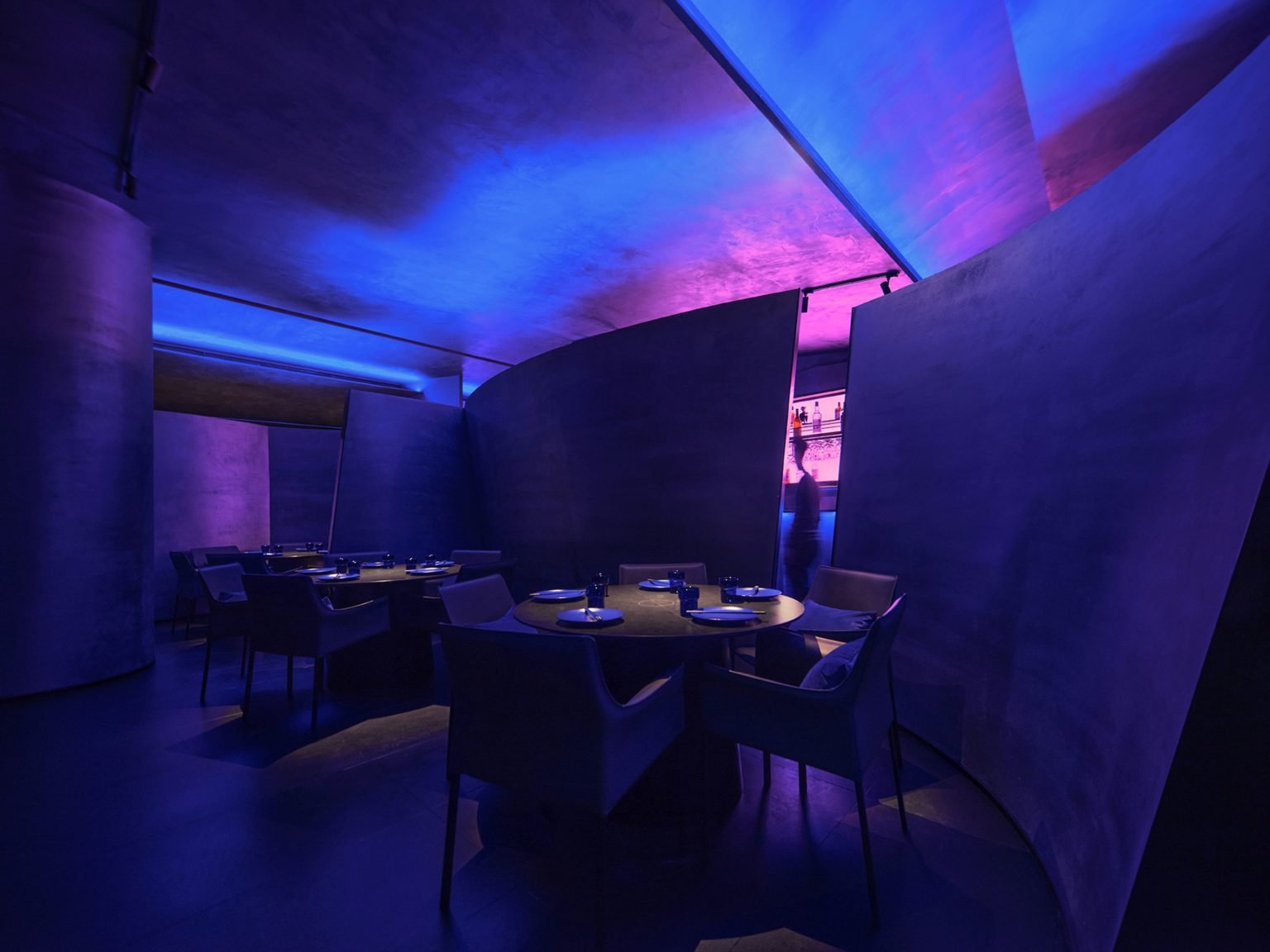 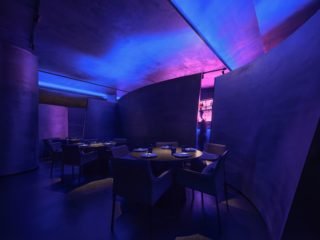 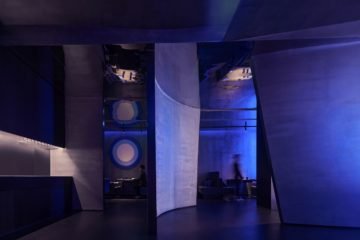 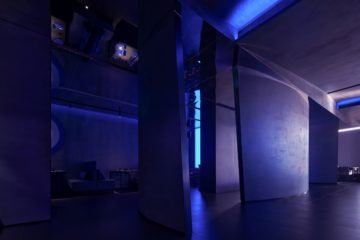 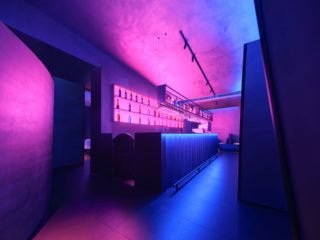 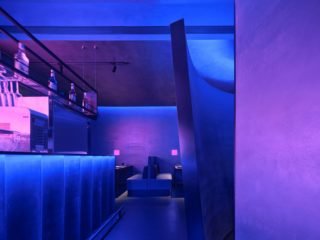 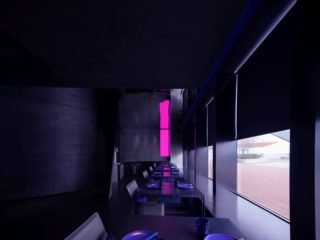 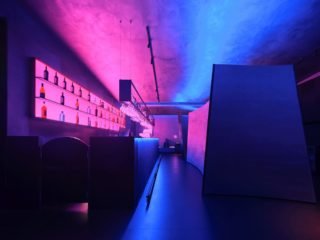 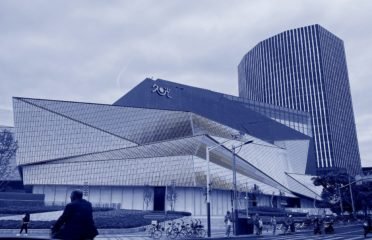 As a sub-brand of Da Dong Group, Taste of Dadong inherits Da Dong’s philosophy while showing a more relaxing aspect in its DNA. Located in Shanghai, the project is a new upgraded restaurant opened by Taste of Dadong, designed by AD ARCHITECTURE. The design is intended to evoke the customers’ emotions, ideas and resonance in a social setting, through incorporating psychedelic, cool tones and presenting the brand’s new, trendy genes. The design team tried to express the true meaning of emotional experience in the space, rather than emphasizing physical reality.
The restaurant’s entrance is relatively hidden, and forms a twisting circulation route. The curved screen walls function as partitions, which demarcate several independent socializing and dining areas. Their dramatic, powerful forms along with the cool lights create a dreamy ambience and convey the brand’s avant-garde image as well.  All spatial expressions in this restaurant are based on the consideration of the number of diners, and the thinking of what emotions needed to be stimulated, such as illusionary, empty and wandering positive emotions, or disorderly, wandering negative emotions. The overall spatial design was centered on the intention of evoking honest emotions of users, trying to highlight the true significance of emotional experience in the space rather that physical aspects. 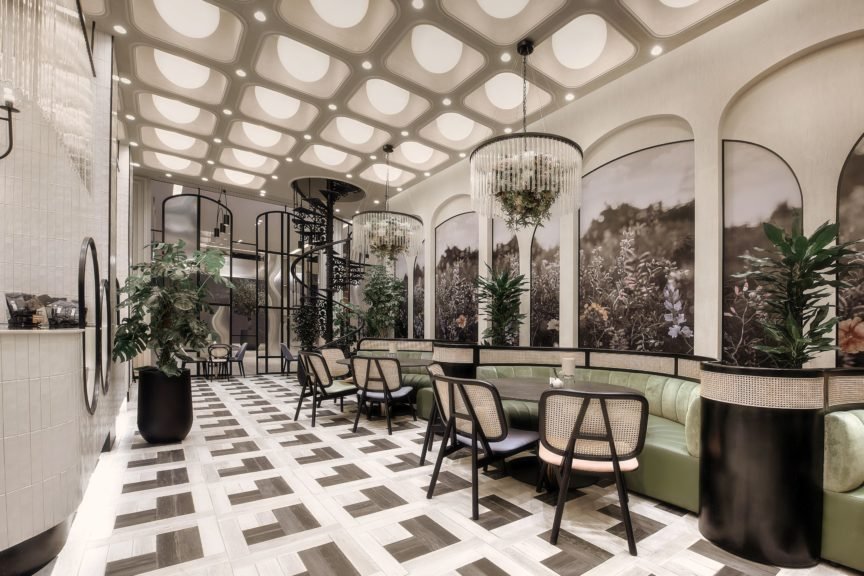 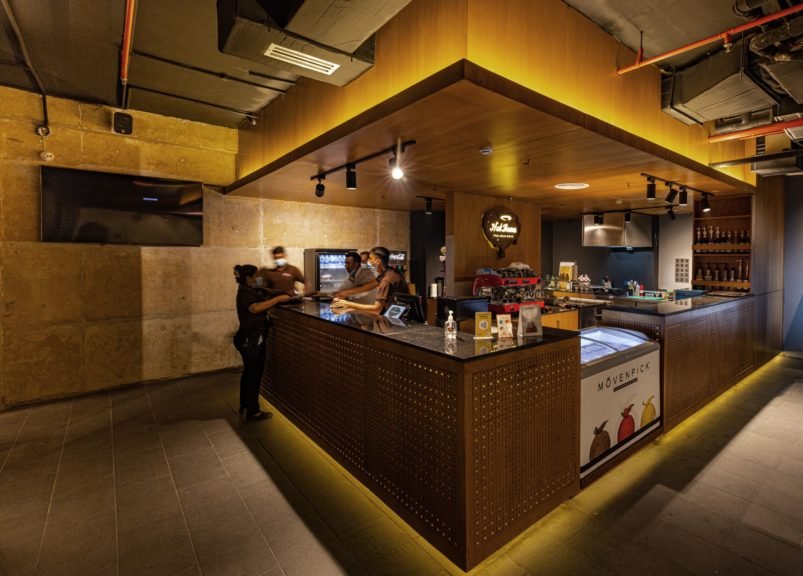