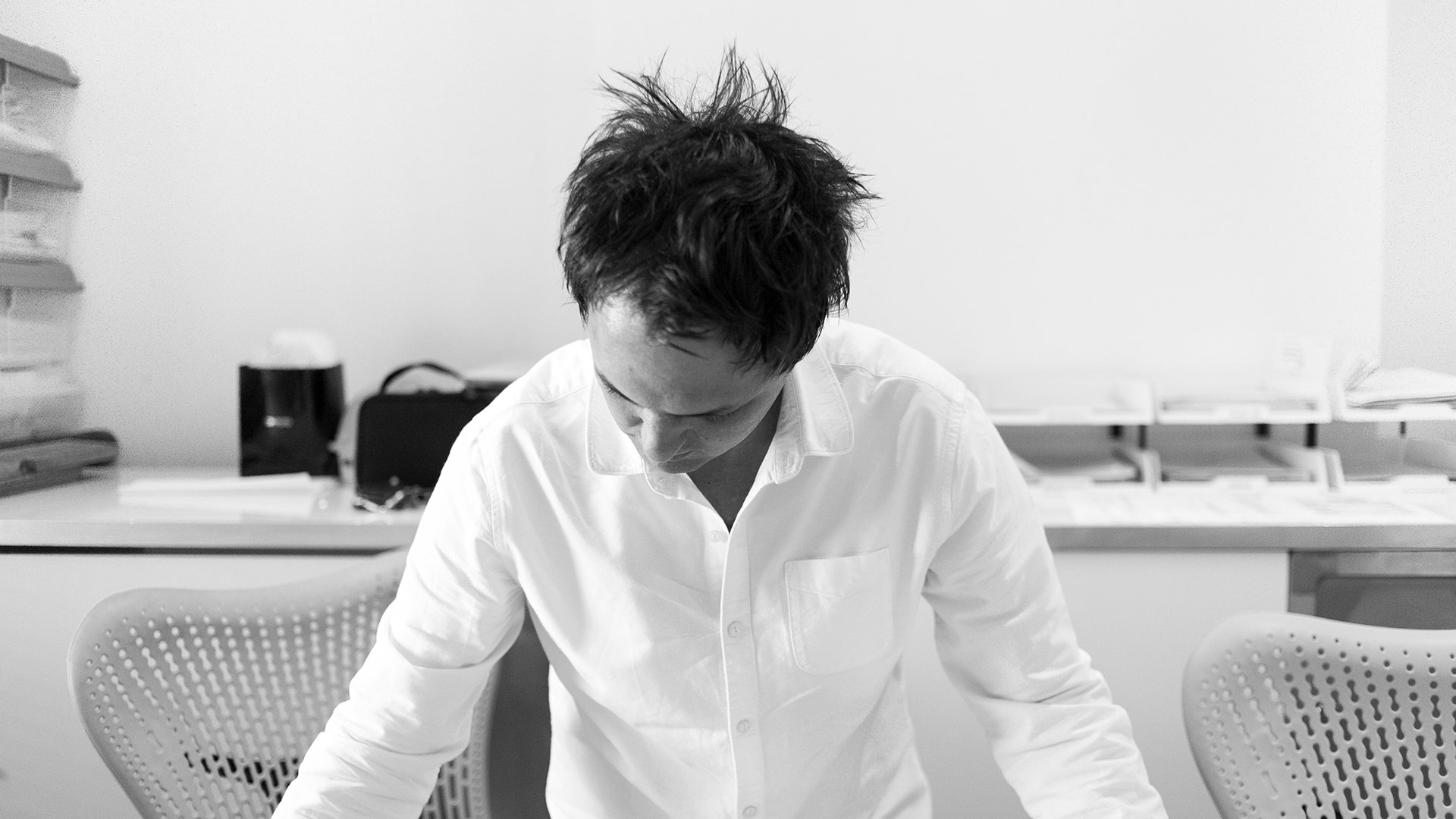 Inside The Mind Of… Kim Benatar

Three14 Architects has quickly developed a name for itself as the creator of incredible, luxury homes for discerning clients. The boutique size of the studio has allowed the architects a higher level of focus and a hands-on approach. Combining fresh ideas with close attention to detail and creativity, Kim Benatar has managed to create a mark for himself and his firm in the residential arena, building a portfolio of elegant and sophisticated homes that are also easy to live in. We talk to him about his journey.

Talk us through your design journey.

I have wanted to design buildings since I was very young. As a child, I was oddly fascinated by a handful of modern homes that I had seen in the suburbs of Harare, Zimbabwe in the 1980s. At the same time, I developed a habit of compulsive and repetitive drawing.

I come from a middle-class, hardworking, arts loving and slightly mad Jewish family. My great grandparents fled Europe during the Holocaust. In the early 1990s, my late uncle fulfilled a lifelong dream of building a contemporary family home. I think he had saved up for it his whole life, and appointed a fantastic Brazilian architect, Victor Utria. I would tag along to the site after school, and once or twice to the architects’ meetings. I lived in that home for a year or two, and I think the experience of initially studying the drawings, watching the building go up, and then living in a well-designed home, gave me an appreciation of light and space, and of connection between drawings and built structures.

When I finished high school, I left Africa for Italy to experience, above all, classical and neo-classical architecture. The experience was enriching, but ultimately reinforced the fact that contemporary design was the area I wanted to focus on. After a year or so of travelling the country, I moved to Cape Town, enrolled at UCT, and spent the next six years studying to become an architect.

As a student, I designed two simple homes for friends, and it was my intention to open a studio after graduating. Before I began my final university project, I was contacted by SAOTA, and I went to meet founder Stefan Antoni, who suggested I join his office for a year or two before attempting to start my own practice. Excited and feeling energized by the work he showed me, I followed his advice and joined SAOTA after graduation. I spent a year at the practice and learned a great deal. Nothing that I designed that year was very good – I was too overwhelmed by the realities of running projects, heavy technical documentation and detailing, and contract administration. But this broad but intense exposure proved to be invaluable and ultimately set the pace for my own early development.

In 2008, I eventually left the practice to start Three14 Architects with my friend and fellow graduate, Sian Fisher. For the first year or two, we worked on projects for established architects who had approached us for assistance, such as Rick Brown & Associates. Or we were appointed for the detail design and construction stages of concept designs by SAOTA, with whom we were jointly awarded for one such project.

Not long after that, we were designing and building our own projects. By then we’d formed a small but strong team, and had started establishing a presence, picking up a few local and international awards along the way. In 2017, Sian left the practice to continue her personal and professional development, and Three14 Architects was slightly restructured as a private company and design firm. Although we had been focused primarily on single dwelling, private homes, we now also work on multi-residential designs, and more recently hospitality, furniture, and interior designs.

What led you to practice design in South Africa?

I loved Cape Town, and I wanted to stay. I became a South African citizen before the end of my studies.

What do you feel is most challenging about being an architect in your region?

The combination of over-prescriptive zoning schemes, inefficient local authorities, very tight budgets, and under-paid construction workers, resulting in lower skill levels. This all means that designers must get quite scrappy and creative. And buildings take longer to realize than they would in Europe or the US.

Can you tell us about a particularly exciting or challenging project that you worked on, not necessarily in the region but throughout your entire career?

We’ve designed homes on beautiful sites in and around Cape Town, often overlooking the ocean, lagoons or rivers, and climbing towards views on steep slopes. Those sites are also rugged, difficult to work on, and can be relatively compact with neighbours close by. We’re currently working on a villa in a different context – a flat site, with large rolling grounds and incredible, old trees in the leafy suburb of Sandhurst in Johannesburg. It’s being designed for a creative client with a bold, South African, contemporary art collection. The combination of this site and the art focus has resulted in a concept design and architectural language that is a little different from our coastal projects, and we’re especially excited to develop some of these ideas.

How would you describe your design style, and where do you find your inspiration?

I’m not sure that I have a design style. Each project has its own character and material palette, which is guided by the site, the brief and the client. But saying that, I do have minimalistic tendencies and I tend to guide projects in that direction. Not only in terms of their aesthetic, but also in their organization of space, and detailing.

When there is too much complexity, too many different materials and lines to follow, I struggle to relax. I’m always looking for calm. For me there needs to be a clarity of space, which often equates to simplicity and minimalistic ideas. But there is also a slightly quirky and playful side to the designs, and I enjoy those surprising moments.

I can find inspiration in almost anything. My early design ‘process’ is mostly unstructured, except that it involves hand drawings of some kind. Something will motivate the first lines of each project I work on. It could be obvious, like a view or a tree, a material or something small that a client may mention in passing, but which resonates and grows into an idea.

What is your favorite design sector, and why?

Residential design. The home, for me, is the most important space in a person’s life, always. And I enjoy these ‘passion projects’, where both client and designer become engrossed in a project and in the details.

Where do you see the architecture and design industry five years from now?

Roughly where it is now, but with more creativity and more competition for projects, as interior designers, industrial designers, artists and sculptors start to design buildings more frequently.

In the grander scheme, over more time, I think that architecture may become assimilated into a broader design framework or profession.

If you weren’t an architect, what would you be?

Today, at 42 years old, I would probably still want to draw and design, even if it wasn’t buildings. Furniture, vehicles, shoes, homeware, watches – it doesn’t really matter. All are interesting to me.

If you could design anything without constraints, what would it be?

What are your design dreams?

I would like to be in a position one day to explore and enjoy a diverse range and scale of interesting design projects, which may even extend beyond architecture and buildings.

What are you working on at the moment?

Right now, we are working on a couple of large family homes on the Nahoon River in the Eastern Cape, a villa in Johannesburg, and a single and triple dwelling on the Atlantic Seaboard in Cape Town. We’ve also been busy with some cool collaborative work with fellow South African designer Tristan du Plessis and his studio, working on architectural elements for interesting residential and hospitality projects in South Africa and Dubai.

What is the best advice you have ever received? And what would be the most important advice you would give new designers?

To be patient with your designs even when those around you are not, and to understand buildings (or the things you design) on a technical ‘nuts-and-bolts’ level, which will greatly increase your design repertoire even at early concept design stages. 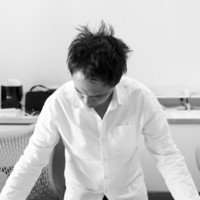 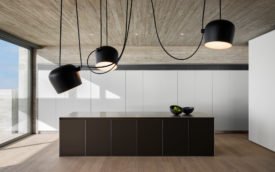 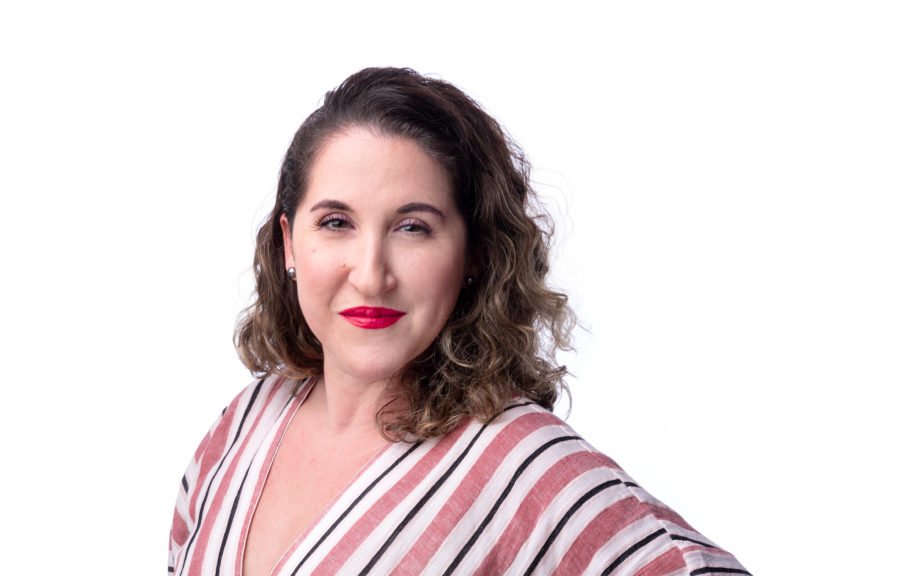 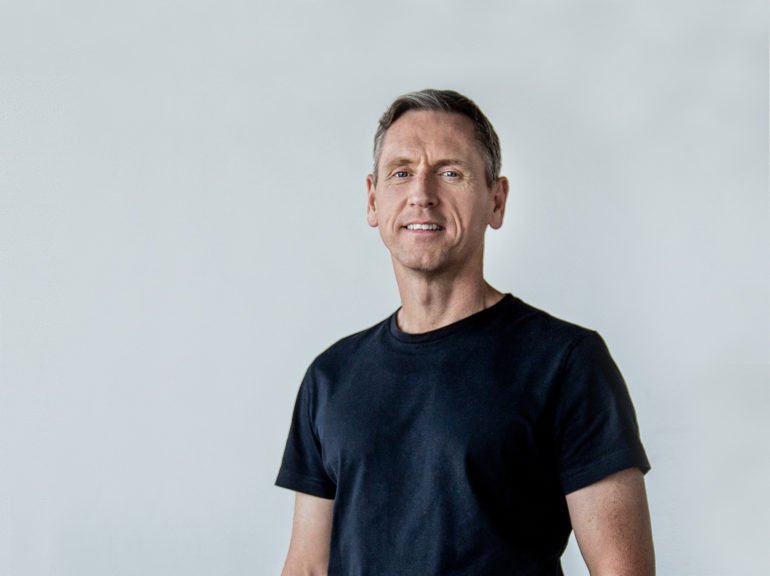 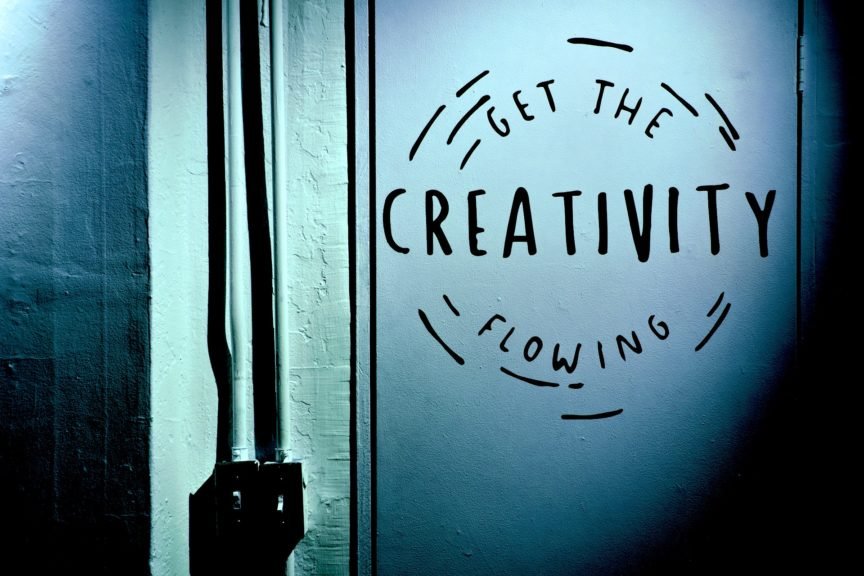 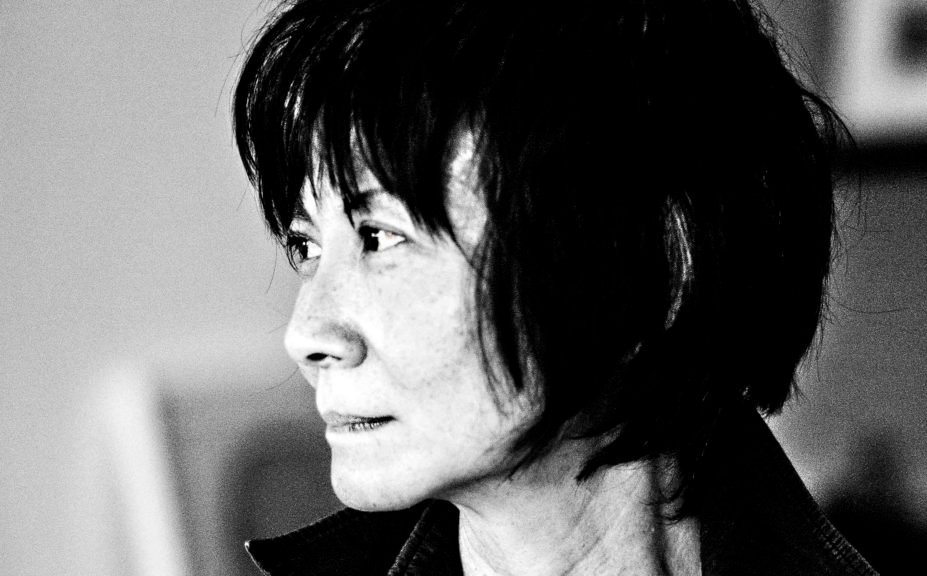 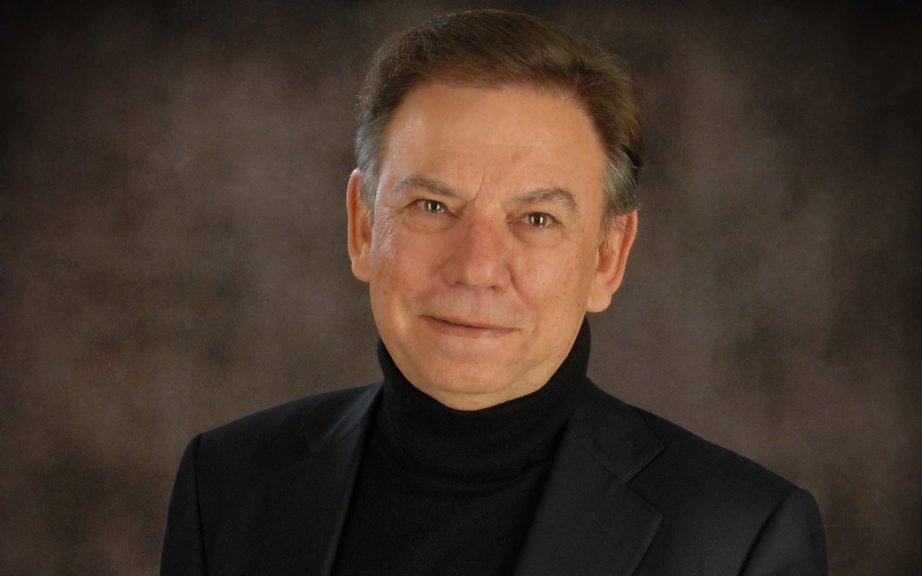 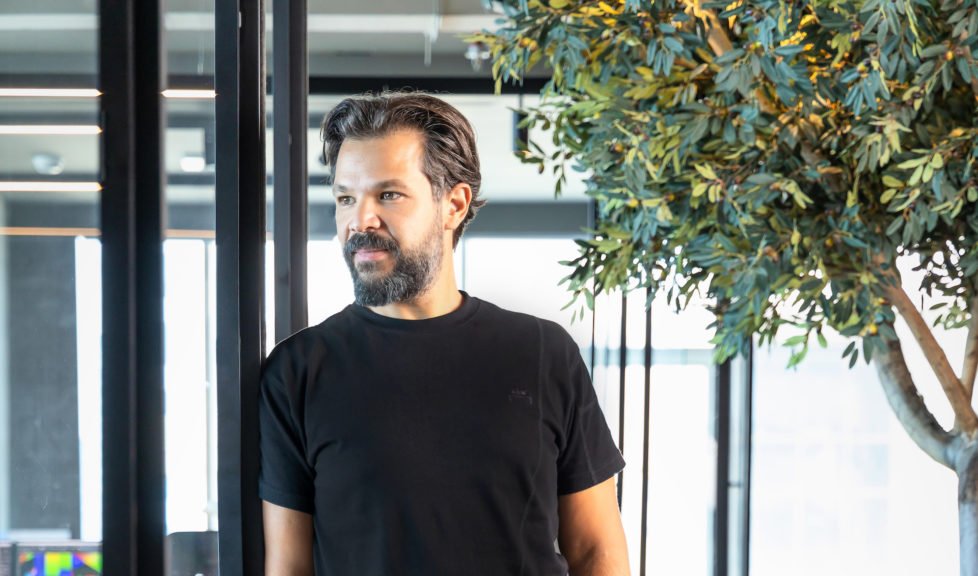