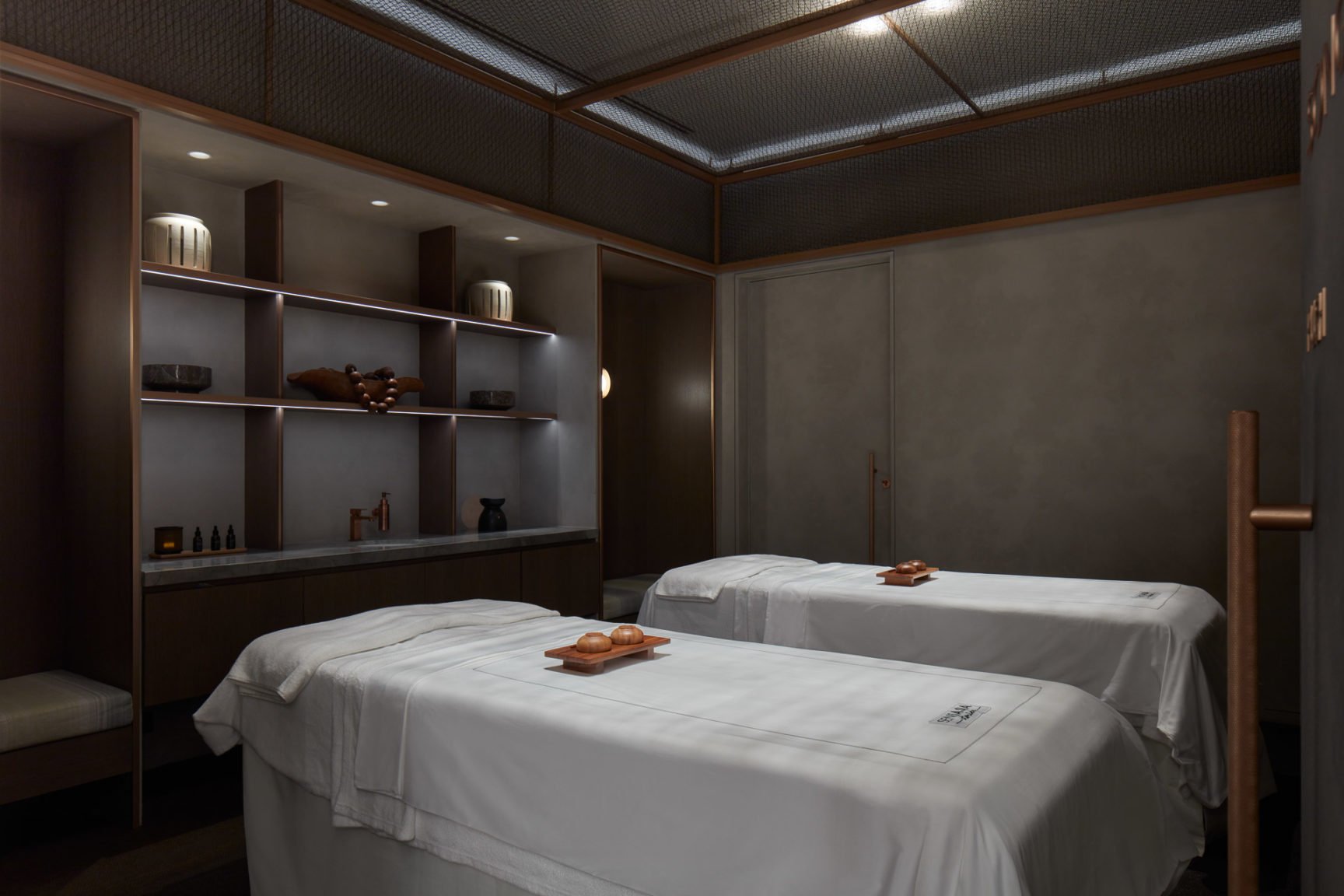 SENSASIA is a pan-Asian brand, so Roar cast the net wide to understand the architecture of the region: Thailand, Bali, Vietnam and more. The first two big statements are the giant, illuminated arches that dominate the male and female lobbies, giving a dramatic, theatrical sense of ‘wow’. The third big statement was the parametric form that was created for the shop front. The spa is unusual in that it has two entrances: one from the hotel, the other from the mall, and this piece was designed to lure passing shoppers.

The design team managed to fit eight treatment rooms in a limited space, without feeling cramped. The previous spa had only four treatment rooms – so the new design is very effective and efficient. As much as the brief was to create a certain look & feel, it was also to maximize revenue per square foot. The male spa can be used as a female spa if the female spa is overbooked – it’s an agile and flexible space. There is also an express spa just off the main lobby for quick manicures, to add an extra revenue stream.

The design process does not overpower the senses: it was designed to be a place of quiet, respite and reflection. There was a play with just three main materials and colors. Grey stone and slate; brown tones within the luxury vinyl flooring; natural textures such as wallpaper with hessian finishes. It was all about the material palette – it’s just layered with textures. That helps with the acoustics as well as the touch and feel; it’s a space designed for all senses. 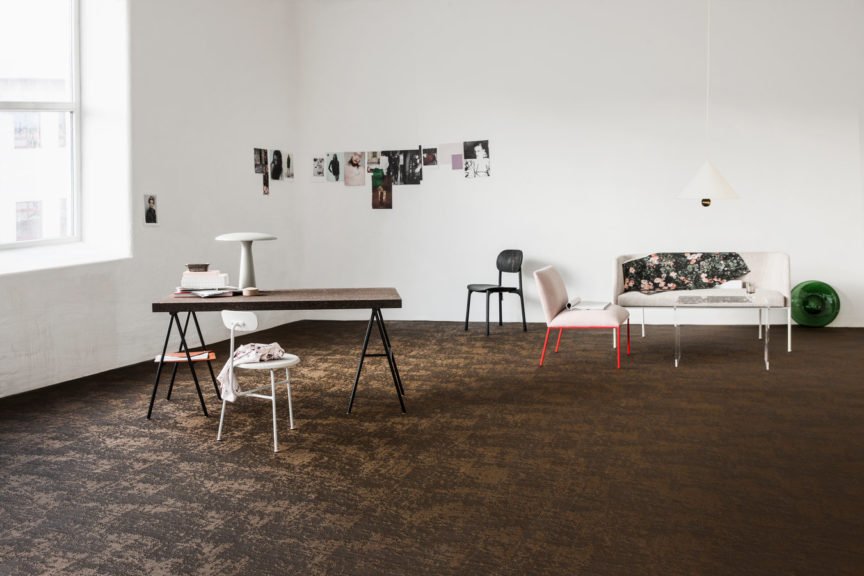 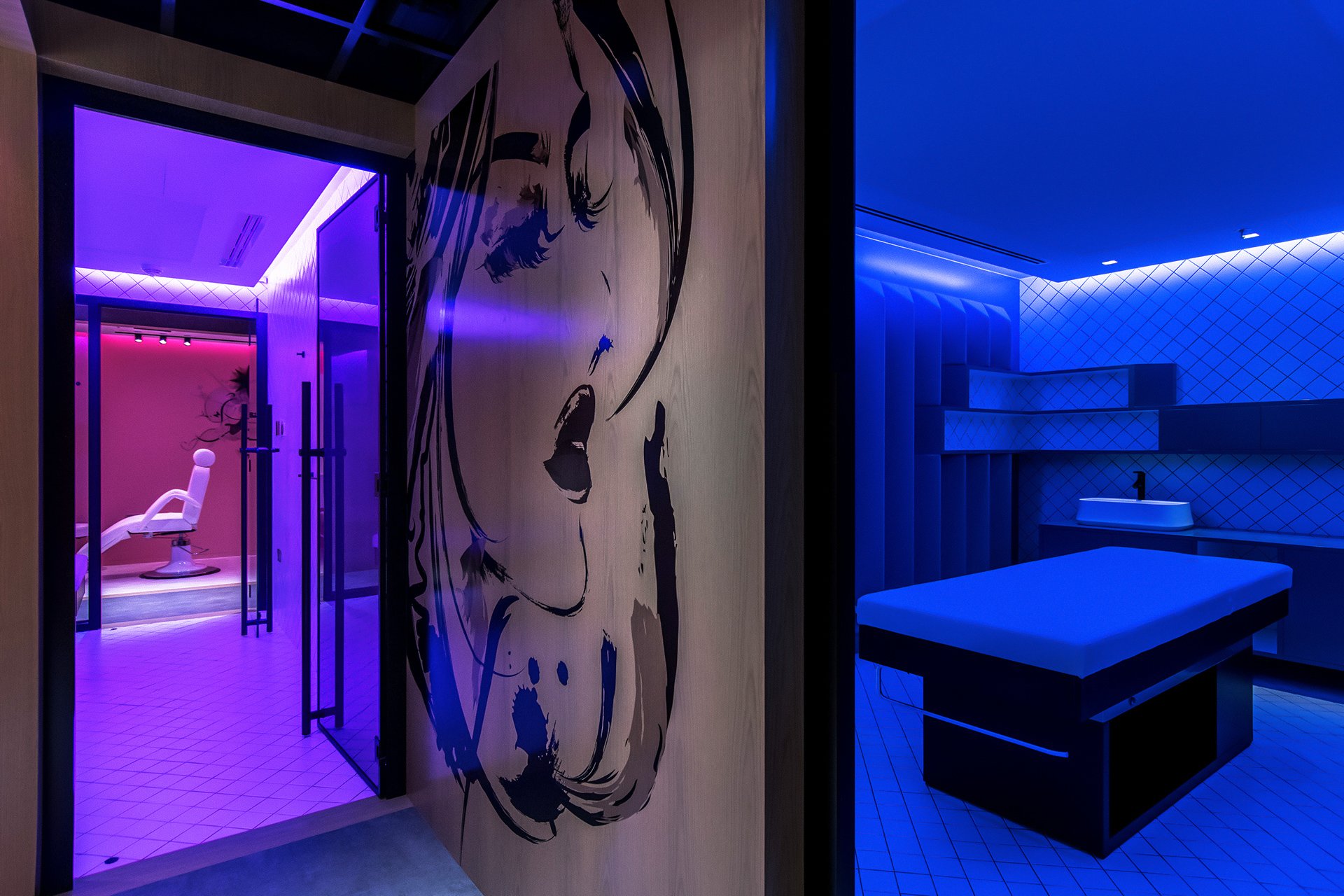 And Now... Concept Creation were awarded the task of creating a unique Korean Hybrid Spa/ Salon... 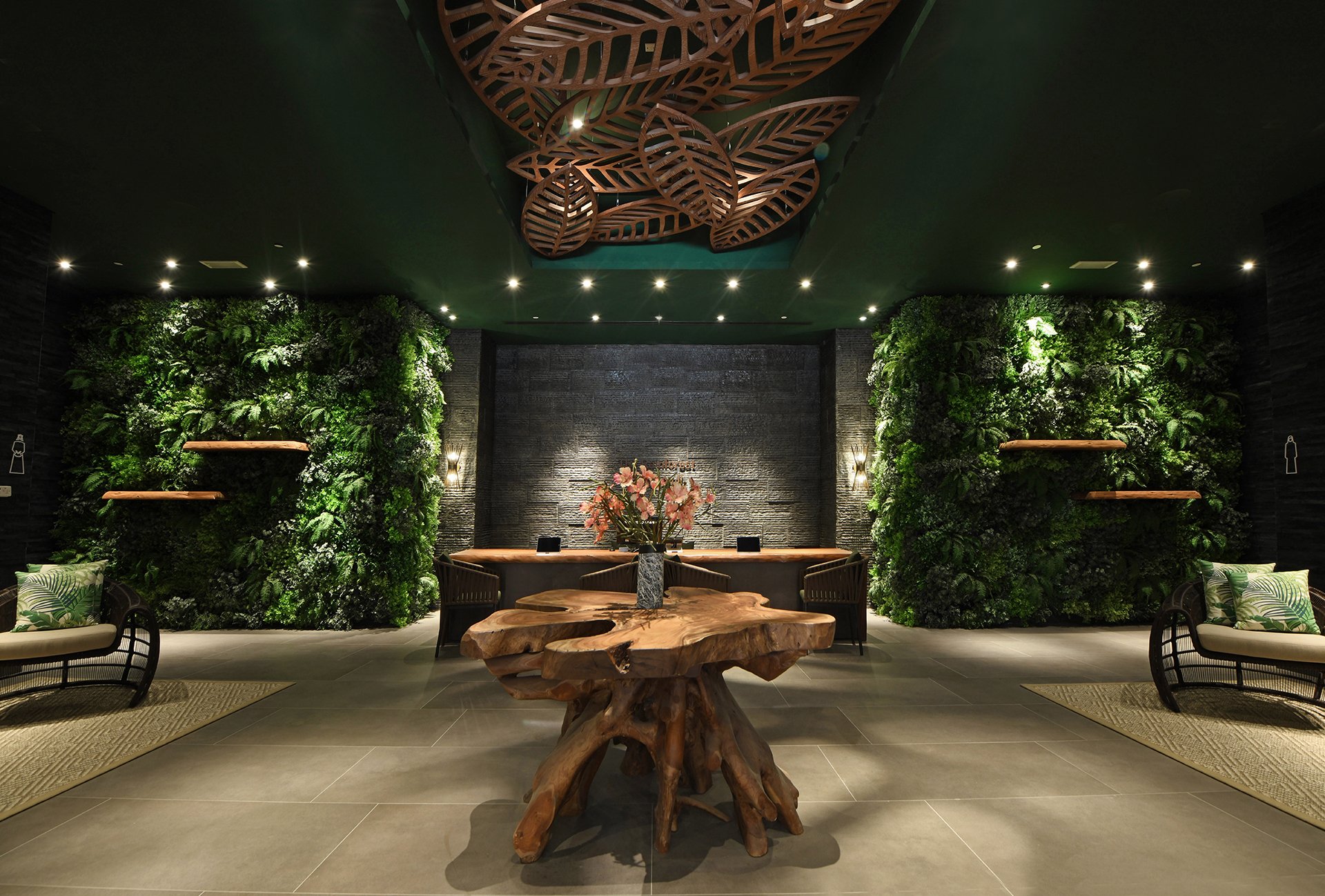 Designed by Kristina Zanic Consultants in collaboration with Aati Contracts, the Rainforest Spa... 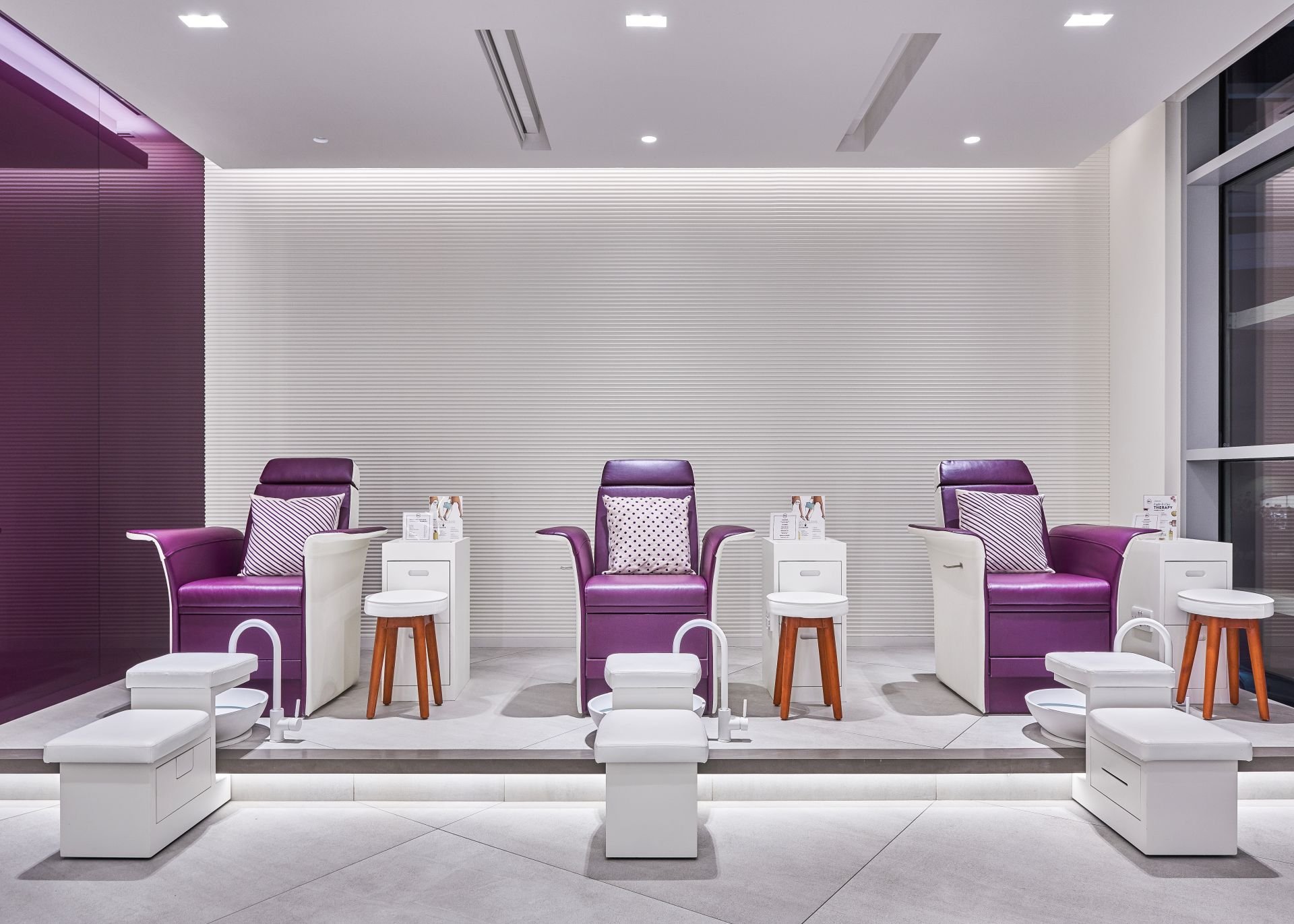 Designed by Bishop Designs in collaboration with Compass Project Management and GDM Interiors, the... 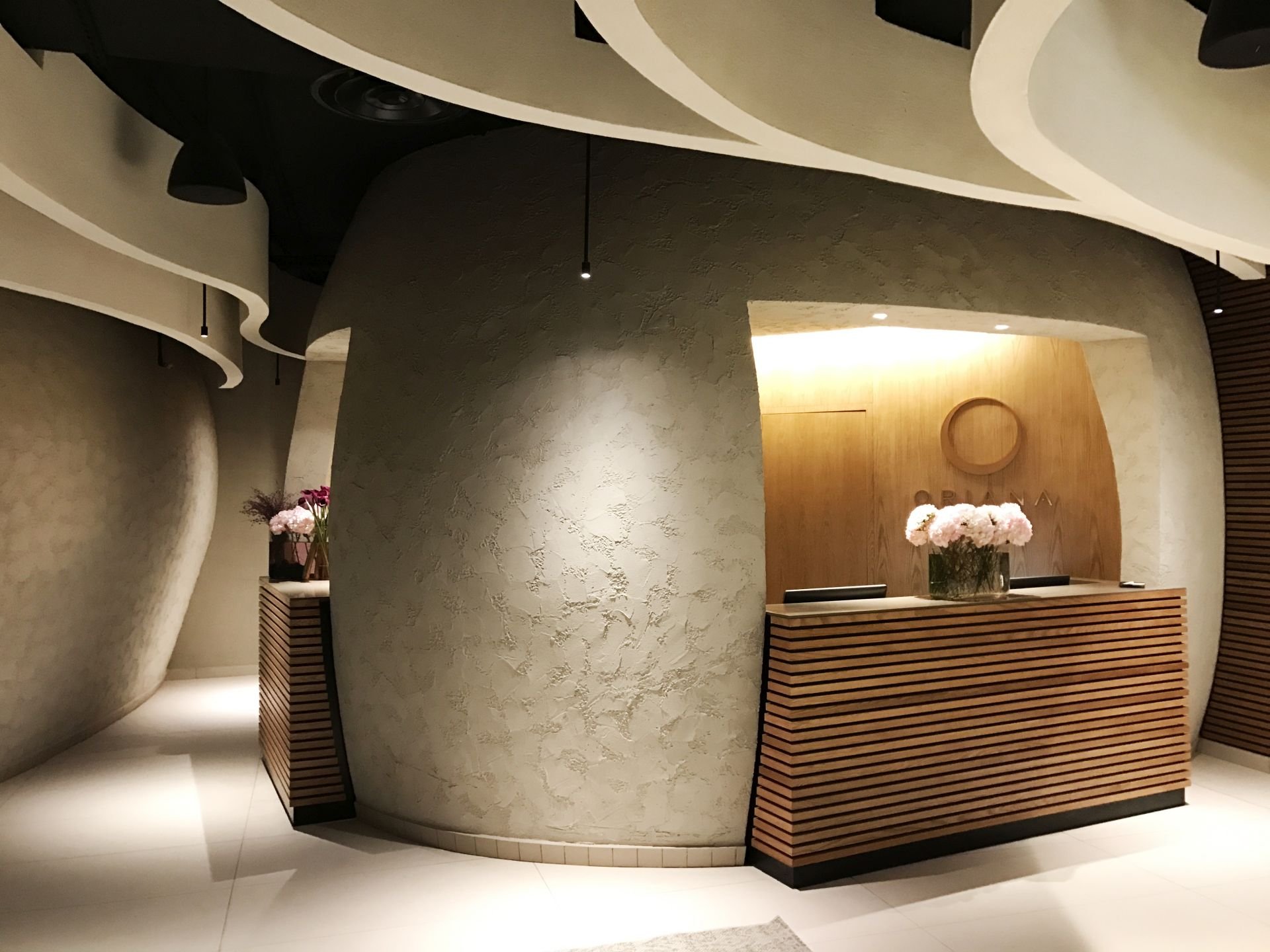 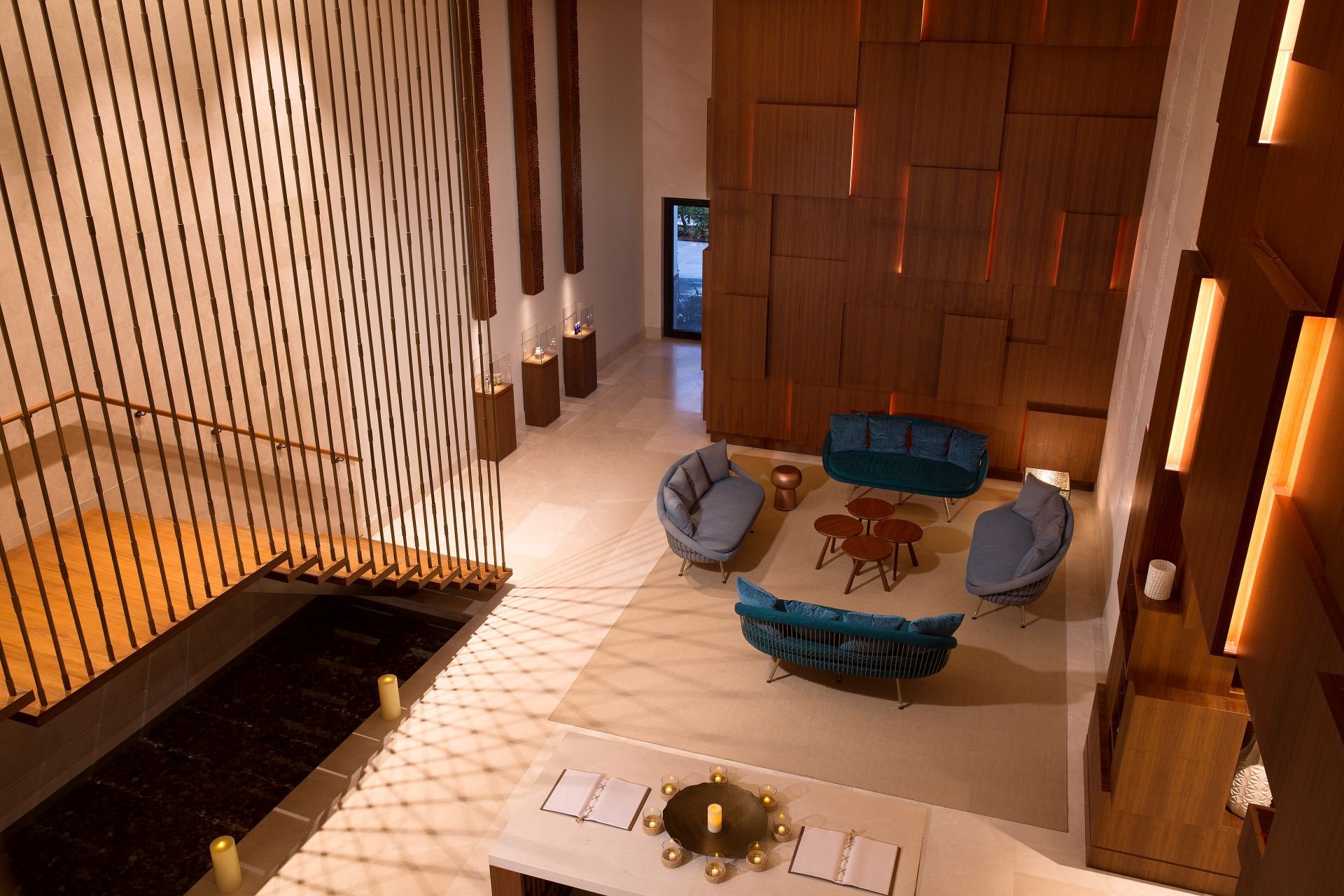 Designed by Esadore Creative, the Intercontinental Hotel Resort Spa Fujairah has been... 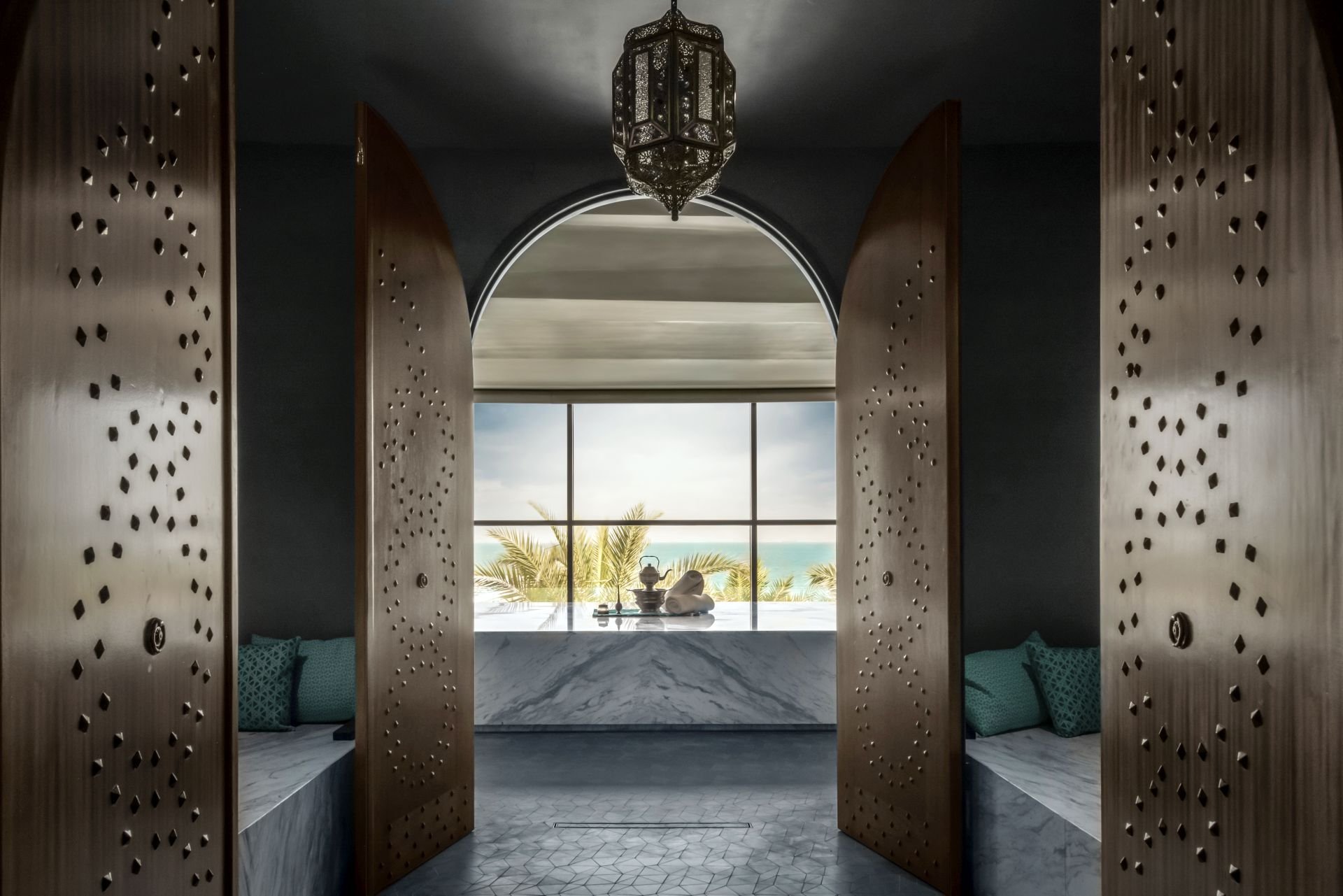 Designed by esadore Creative, the Nine Degrees Spa at Fairmont Ajman reflects a journey through...